Modus operandi: outsource the management while retaining the hospital’s status as non-profit society 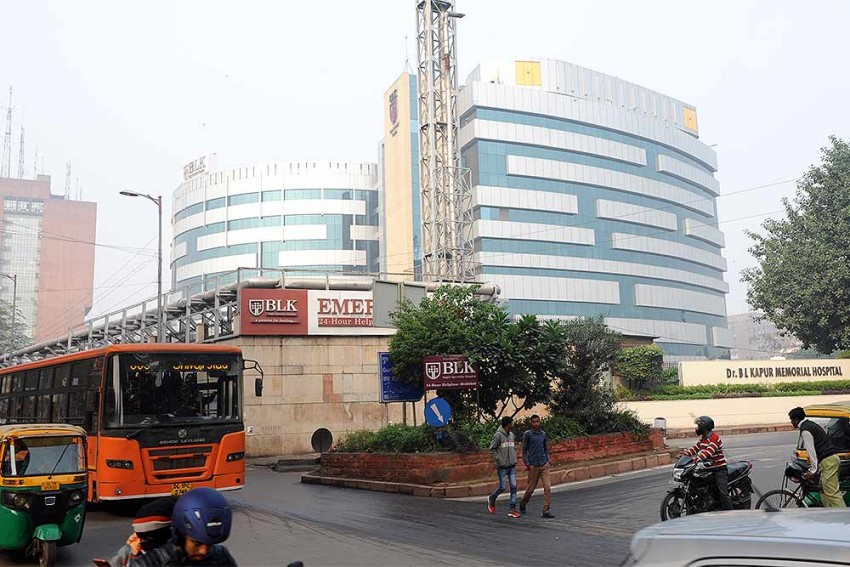 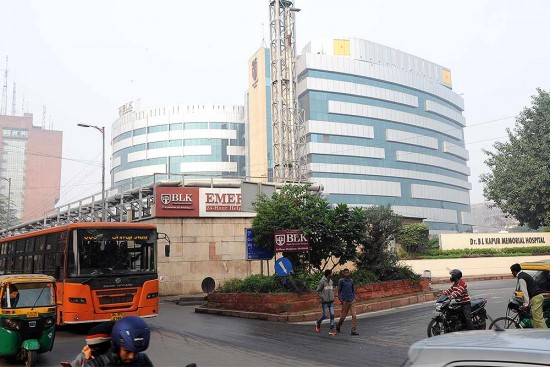 Across the map of its space and time, the picture of healthcare in Delhi shows a patter­ned variation that tells the same story from two angles. First, spatially. Delhi has 738 hospitals scattered across its slums, JJ colonies, villages and planned colonies, which can admit roughly 37,000 patients, if filled to capacity. The spread is uneven across the city: its most populated districts have the fewest hospital beds. The sparse ones, like New Delhi or Central Delhi, are where the most hospital beds are.

Ranvir Singh, a professor of social work in Central University of Jammu, who reported these findings in ‘Marginalization in Globalizing Delhi’ (Springer, 2017), allows the immediate inference arising out of this: most of the indigent sick have to trek from one distant locality to another for cheap hospital care. But he also traces this to a significant change in focus across Delhi’s recent history. The present scenario is a striking inversion of the situation seven decades ago when the old, big hospitals first came to the city.

It was during the Partition in 1947 that a number of philanthropic-minded businessmen migrated to Delhi from cities like Lahore and Karachi. The government handed out concessions to many such wealthy immigrants who wanted to provide healthcare to all—free, for the most part—regardless of caste, creed or relative social position. These concessions were given over the late 1940s and 1950s so that hospitals could be set up as trusts or ‘societies’, which are supposed to be not-for-profit. The concessions sparked the first wave of hospital-building in Delhi, replacing or complementing existing missionary or British military hospitals, the unani or ayurvedic institutions, or the Arya Samaj and gurudwara-run clinics.

The gradual, near-invisible transformation of many of these charitable hospitals into corporate healthcare outfits happened over a long post-’80s phase. During this time, the private sector virtually took over healthcare in Delhi—except Central and New Delhi, where privileged residents still get the best of government beneficence.

For micro-history, Mool Chand Khairati Ram Hospital, now Moolchand Healthcare, was set up in Lahore in 1928. In 1947, its founder-trustee Lala Khairati Ram moved to Delhi. By 1951, he had relocated the hospital—a 100 per cent ayurvedic, charitable facility (funded by the profits of the Moolchand Group)—to a nine-acre plot granted by the government in the heart of Delhi.

“Philanthropy in health has a close connection with the polity of that time,” says Sanghamitra Acharya, director, Indian Institute for Dalit Studies. “Moolchand was very, very categorically an outcome of a need to cater to the large numbers of Partition-affected. Most trust hospitals will reflect that.”

Moolchand, now closer to the swank ‘super-specialty’ model, can be seen as a tale of transformation or of marginalisation, depending on the perspective. It’s typical of the old trust-run hospitals that have shifted to the cross-subsidisation model, under which the richer patients pay and that income funds treatment for the poor (who need to furnish proof of poverty).

Ranvir Singh sees a key transformative element that created the picture where “hospitals are basically not treating the sick but selling healthcare”—and it’s the arrival of management as a discipline. “Not just health, many fields are influenced today by this. So what was about healthcare earlier is about health management today. But a field involving human subjects, especially health, does not fit well with the mechanical ‘mana­gement’ model,” he says.

A closer look at the operations that enabled the larger shift reveals the presence of this inner paradigm shift. Among the cases is BL Kapur Hospital, which too started in Lahore and later came to Delhi (in 1959), to be given five acres at Pusa Road on a Rs 25,000 payment. BL Kapur became a prime case-study in the first inquiry report on this phenomenon.

BLK in Delhi became a prime case-study in the first inquiry report on the phenomenon of a charity trust getting corporatised.

In 2001, after a series of legal challen­ges to charitable hospitals becoming cannon fodder to the first wave of corporatisation, the A.S. Qureshi committee was set up. Its report focused on four charitable Delhi hospitals—one of them BL Kapur. It spoke of “a secret deal” between the trustees and the buyers to “demolish” the old hospital to build an ultra-modern super-specialty hospital.

The report had prophesied correctly. The hospital was in fact demolished and rebuilt as BLK Super Specialty. But witness the arrangement that enabled it. BLK remains a non-profit society; its legal beneficiaries are the heirs and family members of Dr B.L. Kapur. But it is now wholly “managed” by a company called Radiant Life Care. And once this outsourcing of “management” was done, that separation of operations enabled a further, critical shift.

How would you describe what Radiant brings to the table? Professionalism, a working style, a worldview? It’s a bit akin to family corporations being told to get professional CEOs. But whatever it is, Radiant’s own professional input here then itself becomes a tradeable commodity! And so, Radiant Life Care sold a 49 per cent stake this July to global private equity firm KKR & Co Lp for $200 million.

Radiant also ‘manages’ Nanavati Hospital, Mumbai. Its part-valuation at $200 million would be based on its profitability and potential to grow. As part of the arrangement for funding, BLK is reportedly to be expanded to a 1,600-bed ‘quartenary’ care hospital. In Nanavati’s case as well, the trustees and Radiant collaborated in 2014 to expand the hospital to 1000 beds providing ‘state-of-the-art’ care.

“Radiant manages everything for the BLK hospital while the family of Dr Kapoor plays no role as such,” says a medical industry executive who is in the know of developments at this hospital. The management company—it does not own any hospital—decides which doctors to hire, the finances, all day-to-day affairs as it runs the hospital “on lease basis”, says a BLK spokesperson. “The trust is definitely there, but Radiant, a private sector body, invested all the money to revamp the hospital.”

Since BLK (or Nanavati) and Radiant are not the same entities—Radiant is simply a manager while BLK is run as a registered society, with family membership. Hence, on the face of it the hospital’s legal status does not change from the 1950s to now. “The government didn’t give the land. It is the trust’s own land; so ‘free’ treatment doesn’t come into the picture,” the hospital spokesperson says, offering to “ask the management” for details of their corporate social responsibility work.

But what was once a charitable institution made one decisive move to the other side—and having made that move, it shifts further and further to a pure profit model. A global equity giant that bets on offbeat businesses found Radiant promising. Now they will have people sitting in on board decisions, thinking in pure ‘management’ terms, on events that shape healthcare in a corner of a city with an already skewed map.