There may be mixed reactions on the way the sexual harassment charges against Chief Justice of India Ranjan Gogoi were dealt with but absence of a mechanism to deal with such charges against sitting judges is the bigger worry. 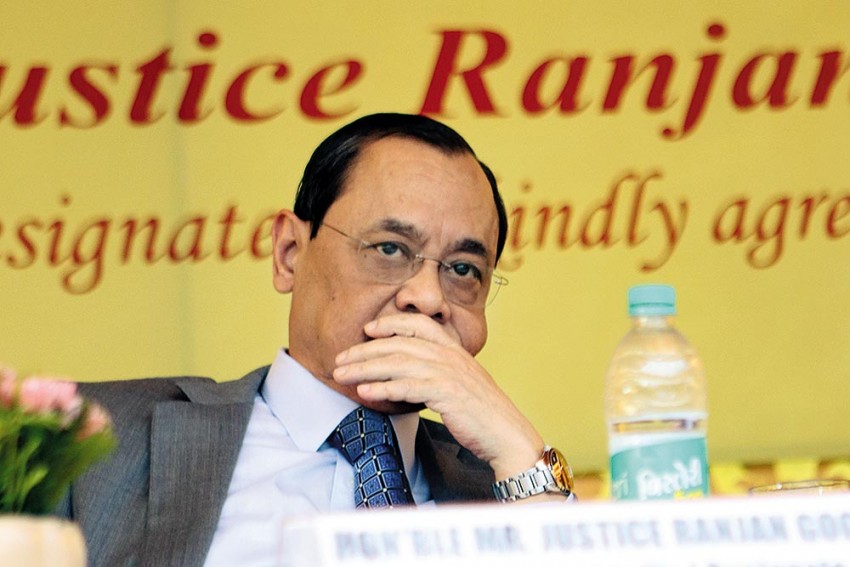 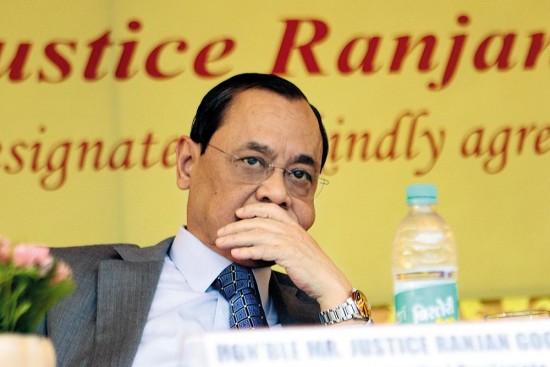 In 2014, a law intern moved the ­Supreme Court, accusing then ­National Green Tribunal chairman Justice Swatanter Kumar of sex­ua­lly harassing her. She alleged that the incident happened when Justice Kumar was still a sitting judge of the apex court. The law intern’s pet­ition was heard by a bench comprising then Chief Justice of India P. Sathasivam and Justices Ranjan Gogoi and Shiva Kirti Singh.

Coming at a time when the top court was already embarrassed by a similar all­egation levelled against its former judge, Justice A.K. Ganguly, CJI Sathasivam and his puisne judges on the bench rued the absence of a mechanism to deal with cases of sexual harassment against sitting judges. The bench set up a panel comprising senior advocates Fali Nariman and P.P. Rao to recommend regulations for addressing such incidents. Nariman and Rao had later recommended that the CJI must appoint a panel of sitting apex court judges to probe allegations of sexual misconduct made against any brother judge. They held that “no matter how high the judges are, they are definitely not to be treated as immune from charges of sexual harassment of women at workplace”.

Last week, in an ironical turn of events, Ranjan Gogoi, now seated on the highest chair of the apex judiciary, was faced with a similar situation. It required him to apply the same yardstick to himself which, in 2014, he had applied to the case against Justice Kumar. Therein lies the crux of the current controversy—how fair has the red­ressal been in dealing with sexual harassment charges when it comes to the topmost judge of the country?

A former staffer, reportedly employed for a brief stint at the residence office of CJI Gogoi, alleged that she suffered persistent sexual harassment from the Chief Justice. In a letter she sent to several sitting judges of the top court, contents of which were published by four media portals on April 20, the woman detailed her alleged ordeal which ended with her being fired from her job allegedly bec­ause she resisted the Chief Justice’s adv­ances. The same day, despite the court being closed, the CJI made the unprecedented move of convening an “urgent hearing of a matter of great public ­importance” by a special bench constituting Jus­tices Arun Mishra and Sanjiv Khanna, and headed by himself.

Activists fighting against sexual harassment at wor­kplace say everything that followed was an assault on the due process of law, of which the Chief Justice of India is supposed to be a custodian. They say, in a predictable pattern of anyone accused of the crime, the CJI too discredited his accuser, asserted that there was a “bigger plot to deactivate the office of the CJI” and even equated the serious charge against him with an “attack on the independence of the judiciary”. All these without even a preliminary probe to ­ascertain the ­veracity of the allegations.

Two former CJIs Outlook spoke to exp­ressed “strong reservations” agai­nst CJI Gogoi’s conduct. Speaking on condition of anonymity, because he did “not want the reputation of the SC sullied further”, one of them said: “CJI Gogoi did not act in the interest of justice but in his personal int­erest…if he wanted to dismiss the allegations, he could have simply issued a strong statement ­instead of dragging the court into his personal war. He has completely ­derailed the due process of law.”

The Centre’s top law officers—attorney general K.K. Venugopal and solicitor general Tushar Mehta—who have no locus standi in a case that is against Gogoi the individual and not the Supreme Court as an institution or the Union government, aggressively backed the Chief Justice. The Chief Justice then indicated that an appropriate bench would be constituted to examine the case further.

The order of the special bench, which made no mention of whether the case would indeed be heard at a later stage but restricted itself to urging the media to exercise its wisdom while reporting on the matter, was signed by Justices Mishra and Khanna. The CJI, who headed the bench and spoke for a bulk of the proceedings, did not sign the order.

The Supreme Court Bar Association and the Supreme Court Advocates-­­on-Record Association have both passed resolutions condemning the “procedural impropriety” displayed by the Chief Justice. Demanding a high-level independent inquiry into the charges against the CJI, 33 eminent citizens inc­luding author Arundhati Roy, advocate Prashant Bhushan, activists Aruna Roy and Medha Patkar, have urged Chief Justice Gogoi to “refrain from exercising any administrative powers during the course of the inquiry”.

On the other hand, the SC Employees’ Welfare Association, the Union government and finance minister Arun Jaitley have come out in the Chief Justice’s support. The ‘defenders’ share the Chief Justice’s view of a “conspiracy” by—to use a Jaitley coinage—“institution disruptors” and external forces to malign the Supreme Court. The most peculiar development in the matter has been a claim by Utsav Bains, a lawyer known for his stellar pro bono services for a woman allegedly raped by self-styled godman Asaram, now in jail for the crime.

Bains has filed an affidavit in the apex court claiming that he was offered a bribe of Rs 1.50 crore to “frame the CJI in the sexual harassment case”. He says he rej­ected the money after he sensed a conspiracy by “SC fixers, corporate scamsters and corrupt politicians” aimed at forcing the Chief Justice to ­resign. The court has asked Bains to face a new bench headed by Justice Arun Mishra to explain his claims. On April 24, Bains appeared ­before an SC bench headed by Justice Arun Mishra and said he had evidence to prove his claims. The bench, also comprising justices Rohington Nariman and Deepak Gupta, has met chiefs of the CBI, IB and Delhi Police to discuss the revelations made by Bains of an alleged consp­iracy against the CJI.

There are also larger questions on whether the Supreme Court, which had in 1997 framed the famous Vishakha Guidelines to deal with complaints of sexual harassment at the workplace, sees the judiciary as above scrutiny. The apex court is yet to for­malise guidelines of dealing with cases of sexual harassment against sitting and former judges, and the recomm­endations made by Nariman and Rao back in 2014 have been gathering dust. A clear exa­mple of the judiciary’s apathy towards complaints of sexual harassment against its members is the Justice A.K. Ganguly case: though a panel of sitting apex court judges had found him guilty of the charge, no punishment was ordered. The apex court currently has in place an Internal Complaints Committee, chaired by Justice Indu Malhotra, to deal with cases of sexual harassment slapped against employees of the court and law officers, but it has no jurisdiction over sitting or retired judges.

Whether the CJI is at fault or not can only be established after a proper investigation. But workplace harassment is an issue that the judiciary can only ill-afford to overlook. For no amount of progressive judgments can compensate for the lack of reforms within. Now all eyes are on the Supreme Court’s inquiry panel constituted on April 23—comprising Justices S. A. Bobde, N. V. Ramana (both in line to be CJI) and Indira Banerjee—to examine the sexual harassment charges against CJI Gogoi. And as senior advocate Indira Jaising so aptly puts it: “To the Chief Justice of India, I would say ‘be you ever so high, the law is above you’.”