The subject deserves all attention, the treatment leaves you feeling drained and disconnected 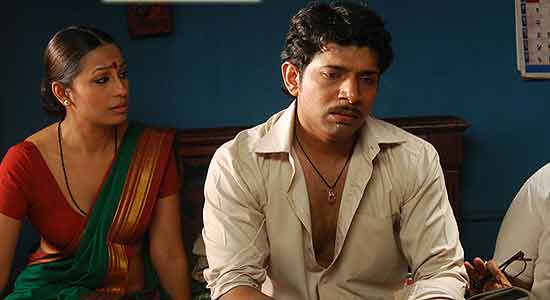 The subject of City of Gold deserves all attention: the plight of mill workers on the closure of Bombay’s textile mills in the ’80s and how it led to untold poverty and crime. The focus is on one such worker’s family for whom everything possible goes wrong. But instead of identifying and sympathising with their miseries and helplessness, you end up feeling drained and disconnected. Part of it is also due to the loud background music underscoring every dramatic and tragic scene. The film is rooted in the mill-and-chawl milieu but it gets too scattered in what it’s trying to say to leave any impact. The odd talk on globalisation and fall of Marxism is thrown in just for the heck of it than explored fully and the influence of City of God is obvious in the depiction of trigger-happy kids. One was reminded of Ramesh More’s recent Marathi film, Mahasatta, on the psyche of retrenched workers contemplating suicide, which was a far more focused, edgy and compelling handling of a similar subject.