Religion Cannot Be The Basis Of Citizenship In A Secular Nation 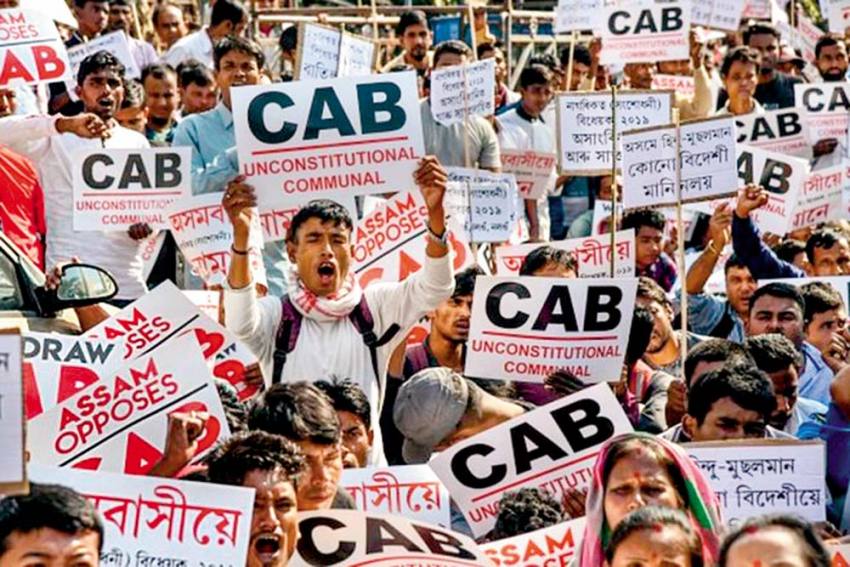 Manish Tewari December 12, 2019 00:00 IST Religion Cannot Be The Basis Of Citizenship In A Secular Nation 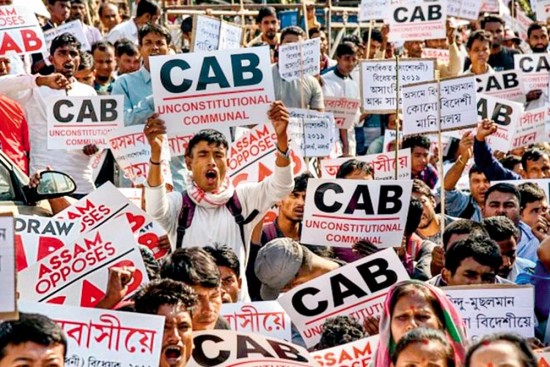 Fascism is a partisan philosophy that fosters a monolithic and exclusionary state constituted under an authoritarian despot. This narrative has played out ­repeatedly with calamitous costs. Its forerunners were the Italian fascists and Nazis. The Citizenship (Amendment) Bill 2019 (CAB), coupled with the NRC, is its latest manifestation. It is an affront to the first principles of constitutionalism. It violates Articles 14, 15, 16, 21, 25 and 26 of the Constitution, in addition to the basic structure doctrine evolved by the Sup­reme Court in 1973 in the Kesava­nanda Bharati case and upheld in a catena of judgments since then.

The concept of citizenship first arose in city-states of ancient Greece, where it ­applied to privileged sections of society. The Treaty of West­phalia in 1648 codified the concepts of sovereignty along with those of citizenship and nationality. Modern concepts of citizenship crystallised and gained ­momentum in the 18th century during the American and French revolutions and then got further fleshed out at the Congress of Vienna in 1815, where the term citizen came to imply the possession of certain liberties in the face of ­absolutist monarchs.

When India attained independence in 1947, the Constituent Assembly spent considerably more time on the provisions relating to nationality and citizenship than on any other draft article of the Constitution. In Chapter 2 of the Cons­titution, Articles 5 to 11 specify that there are two bases for citizenship—jus soli (geographical) and jus sanguinis (relating to blood ties). The Citizenship Act of 1955 added two additional bases—registration and naturalisation.

The act has been amended eight times—in 1957, 1960, 1985, 1986, 1992, 2003, 2005 and 2015—without causing much furore. The issue with the current bill is that it is blatantly unconstitutional—in a secular nation, religion cannot be the basis of citizenship, whether territorial or extra-territorial. It also militates against the first principle of reasonable classification under Article 14—equals cannot be treated as unequals. You cannot make religion the determinant for granting refuge, asylum or citizenship.

India requires legislation that grants ­citizenship on a case-by-case basis without discrimination.

Not only does the bill violate our domestic laws, it is also in contravention of India’s international obligations. Customary international law does not permit refoulement of refugees. The law is also blind to considerations of race, religion and nationality, and applies equally to all refugees. Despite not having ratified the refugee convention of 1951 and the 1967 protocol, India is still bound by the clause on non-refoulement due to its commitments under the International Covenant of Civil and Political Rights and customary international law as it is a signatory to the UN convention against torture—Article 3 of the convention embodies the principle of non-refoulment.

In fact, this bill is preposterous, to put it mildly. It adopts one set of benchmarks for Bangladesh and another for Bhutan and Nepal. The government claims that it ­applies to those countries whose state religion is Islam—but Maldives too is Islamic as per Article 10 of its Constitution. Yet, the bill does not extend the same privileges to ­minorities in the island nation as it does to those of Pakistan and Afghanistan.

CAB is also against Indian traditions. When Parsis fleeing religious persecution in Persia docked on Indian shores, King Jadhav Rana sent a bowl of milk filled to the brim, implying that he would not be able to accommodate them. The Parsis returned the same bowl of milk with sugar in it to convey that just like the sugar had seamlessly mixed with the milk, they too would integrate effortlessly. For centuries, India has ­assimilated, imbibed, internalised , accommodated and embraced waves of immigrants, invaders, traders and preachers among others.

Instead of this discriminatory, piecemeal and targeted legislation, the government should bring a comprehensive legislation that deals with the n­uances separating illegal migrants from refugees and grants citizenship on a case-by-case basis in a non-discriminatory manner. Only that will befit our glorious secular and democratic credentials.

The primary purpose of CAB, coupled with the failed NRC exercise, is to create anxiety among 124 crore people about their status as Indians. It is an attempt to shift the attention of the public from the economic slowdown and sundry problems the country is facing. By emphasising the otherness of certain groups, the bill may tear the soul of our country asunder. Are we prepared for it?

Opinion | CAB Not Based On Religious Intolerance, Has Nothing To Do With India’s Muslims

The writer is a lawyer, member of Parliament and former I&B minister. Views expressed are personal.

'I Blame Politicians For Failing To Educate Society To Rise Above Religion': Taslima Nasrin On CAB