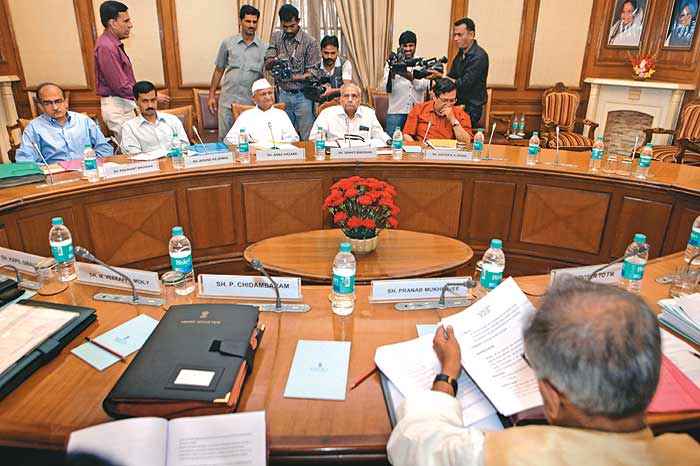 Points Of Friction
Government and civil society representatives have sparred on the question of including the prime minister in the proposed Lokpal Bill on seven key grounds:

On May 30, as the joint drafting committee of the Lokpal Bill met for the fifth time in the conference room of the ministry of finance in North Block, trouble was already brewing. In the last four meetings, the contentious issues had been put on the backburner and the government’s representatives, led by the formidable Pranab Mukherjee, had discussed the broad principles of the proposed legislation. However, this time, within minutes, the finance minister dropped a bombshell. The prime minister, he said, would not be placed under the ambit of the proposed bill. An agitated Shanti Bhushan, the co-chairperson of the drafting panel, immediately raised a query: “Are you saying that the PM is immune to corruption?”

While Bhushan did not get an answer, things went only downhill from here on. So far, the meetings had been cordial and very little of substance had been discussed except for a broad agreement on some of the less disputed aspects. On May 30, however, as the non-government members trooped into the room, they’d insisted that the key issues be discussed first.

“The Constitution does not provide for President’s rule at the Centre. An inquiry will take time and create instability in the country.”
J.S. Verma, Former chief justice of India

Why the government took such a sharp stand on excluding the prime minister is still not clear. It is intriguing because the draft bill prepared by the law ministry did mention that the PM would fall within the purview of the Lokpal. However, it had put in an additional safeguard that the Lokpal could only take cognisance of a complaint against the PM if it was referred to it by the Speaker of the Lok Sabha. But the government’s May 30 position that the PM be completely left out stumped many of those present there. The non-government members of the committee immediately shot across a volley of questions.

On their part, the government’s nominees pointed out that if the PM was included in the bill, then it would completely hobble him and severely erode his authority to lead the executive. “What if there are numerous frivolous complaints against the PM sponsored by opposition parties? Would that be desirable for the smooth functioning of the government,” Union human resources development minister Kapil Sibal countered. The PM, it was also pointed out, was chosen by a democratic process that also ensured his integrity. His accountability therefore should be solely to the people or Parliament.

“The government is saying it will use CBI for low-level corruption and PM, the Lokpal for high-level corruption minus the PM, and CVC for all else!”
Arvind Kejriwal, Member, Lokpal Bill drafting committee

There was more: Sibal said not only was the government keen to keep the PM out, it also wanted MPs, the judiciary, the armed forces and the Election Commission to be kept out of the bill’s purview (see following story). With temperatures rising on both sides, the non-government members of the drafting committee finally decided to end the meeting. If this was to go forward, some points would clearly have to be negotiated harder.

A day later, the government resumed its efforts to keep the PM out of the Lokpal’s ambit, but broadened its strategy. Sibal and P. Chidambaram hurriedly called a press conference to try and mitigate the PR damage. They also began a more subtle strategy to try and exploit the divisions among the civil society members on the committee. Simultaneously, a strategy was carefully worked out to highlight yoga guru Baba Ramdev’s support for the PM and judiciary’s exclusion. They also worked on a few legal luminaries to hold seminars pointing out the “lacunae” in the provisions suggested by the non-government members and use these pronouncements to erode their position. But what the government lacked then and continues to lack now are sound legal arguments to support such an immunity. Both Chidambaram and Sibal declined to be interviewed for this story.

But here were some key questions that clearly warrant the PM’s inclusion in the Lokpal Bill. Can the CBI, which is directly under him, be the right agency to investigate any serious complaint? If it isn’t, then who can investigate a charge of corruption against the PM? Interestingly, the Constitution provides no blanket immunity to the PM. Wouldn’t his exclusion from such a bill create a backdoor amendment of the Constitution for all practical purposes? Legal experts argue that if everyone is equal before the law, then why should the PM be given special status?

“Usually it’s civil society which feeds Parliament on policy. The logic now is turned on its head, our opinion’s being sought to feed civil society.”
Arun Jaitley, BJP leader

“Where in the world do you see such blanket immunity given to the chief executive in democracies,” asks Arvind Kejriwal, a member of the committee and a key personality in the Lokpal movement. “If US presidents have faced investigations, then what stops us from investigating the Indian PM?” Kejriwal also points out that such a “fractured mandate” to investigate corruption has never worked in any part of the world. “The government is essentially stating that it will use the CBI for low-level corruption and the PM, the Lokpal for high-level corruption minus the PM and the CVC for all else. This is the most absurd situation we can imagine.”

Former chief justice of the Delhi High Court, A.P. Shah, also feels that the PM must come under the purview of the Lokpal, with adequate safeguards. “It is strange,” he says, “that while the government’s draft covered the PM, he is now sought to be excluded. Some ministries come directly under the PM. Others, because of national security, are sought to be kept out. The real danger lies in his seeking to avoid inquiry by the Lokpal because of the control he wields.” 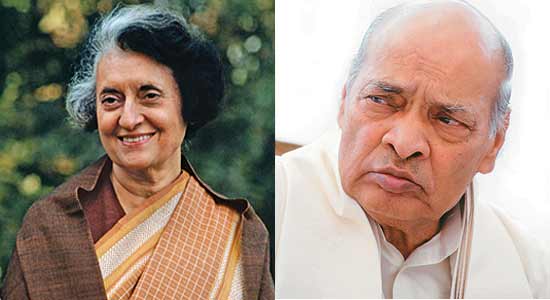 But Shah believes “the power to sanction investigations against the PM should be given to the Lokpal by the President (who is the head of the government). After the investigations, and on the basis of evidence collected, the Lokpal’s report should be placed before Parliament”.

Shah’s position is well appreciated by Nikhil Dey, a member of the National Campaign for the People’s Right to Information and a champion of grassroots activism. But while the NCPRI has generally stated it wants the PM under Lokpal, Nikhil nuances his personal position, saying he does not want a PM hobbled by frivolous allegations. “I think this needs some amount of thought before we come to a conclusion. If a PM is directly in charge of a ministry, then he must be accountable to the Lokpal. At the same time, he can’t be subjected to an inquiry just because as chief executive he has the vicarious responsibility of the whole cabinet. I certainly don’t want a lame-duck PM but I don’t want a completely unaccountable PM either.” However, there are others like former chief justice of India J.S. Verma and senior government officials in the PMO who feel that the prime minister must be kept out (see box).

“The institution of Lokpal should be established covering the prime minister and the PMO.”
Sitaram Yechury, CPI(M) leader

Lawyer Prashant Bhushan is deeply disturbed by the attempts to shield the PM from the Lokpal net. He believes the greater the responsibility, the greater the accountability. “The PM is responsible for all security issues,” he says. “What happens if a corrupt PM is made to govern such a security set-up?” Wryly, he points to the danger posed by a corrupt or devious man with a finger on the nuclear button!

In 1998, when the Central Vigilance Commission was given statutory status by the A.B. Vajpayee-led NDA government, it too had envisaged bringing the PM under the Lokpal’s scrutiny. While the present leader of the opposition in the Lok Sabha and BJP leader Sushma Swaraj pointed this out on social networking website Twitter a few days ago, her party colleague Arun Jaitley was more measured in his argument on the issue. “Look, Parliament is supreme. Usually civil society feeds Parliament on policy issues. Here this logic has been turned on its head and we are being asked for our opinions to feed civil society.” Jaitley’s parliamentary colleague and senior CPI(M) leader Sitaram Yechury believes that “the institution of Lokpal should be established covering the prime minister and the PMO”.

Meanwhile, the non-government members of the committee have held extensive public consultations. But the government nominees have neither proposed nor carried out any such exercise. So far, they have been guarded in their public announcements and opaque on the deliberations on the Lokpal Bill. Whether the new legislation will strengthen democracy or weaken it is too early to say. There is one school of thought that feels it may create an all-powerful monster which will have sweeping powers over the judiciary, the investigating agencies and the executive in violation of “the separation of powers” principle enshrined in the Constitution. On the brighter side, though, it could also turn out to be a major step forward in the fight against corruption.