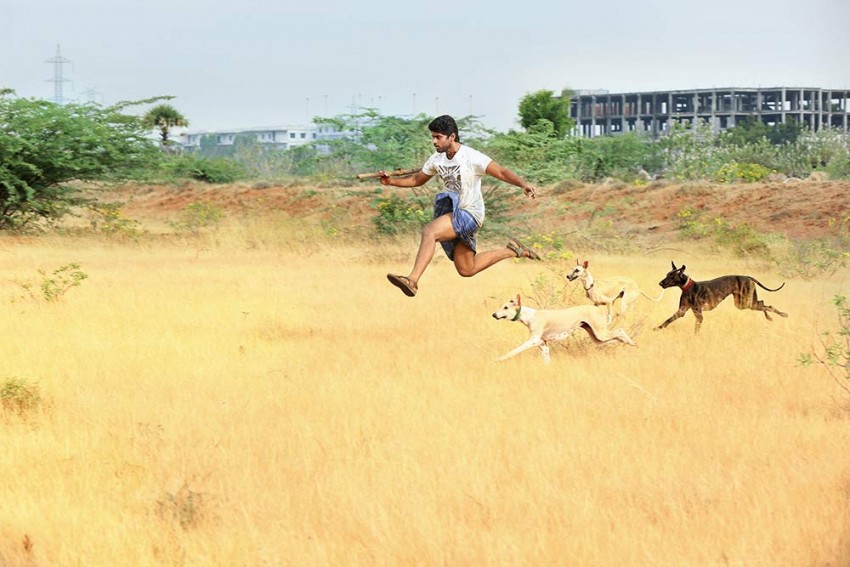 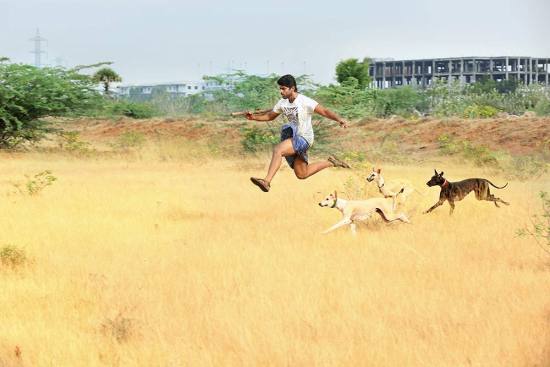 Karuppi, the black hunting dog, is merely a symbol. From its free-spirited roaming of the countryside to ­being tied down to the railway tracks to be crushed by the roaring wheels of a train, Karuppi exemplifies how those held captive by the manacles of caste are oppressed by the more powerful in society. The treatment meted out to his dog in the opening scene is literally extended over the next two hours to the hero—a law student from a village inhabited by Dalits. For its intense yet non-inimical portrayal of this constant struggle for basic social decency, the movie Pariyerum Perumal (The God Who Rides a Horse), named after the main protagonist, will go down as a water­shed moment in Tamil cinema.

Directed by debutant Mari Selvaraj, a Dalit filmmaker, the movie has proved to be a commercial success even while earning critical ­acclaim for treating a sensitive subject with great finesse. Its chosen method is not to raise the hackles of the elite castes, but to make them pause and ponder—especially about the recent spate of honour killings. The film shows a mason bum­ping off Dalit men and, at times, even elite-caste girls for inter-caste relationships. All in the name of caste pride.

Through the entire journey of the hero, brilliantly portrayed by Kadhir, not once do the caste names ring out. Instead, the context of Tirunelveli district, known for caste clashes between Thevars and Dalits, sets the tone for a conflict passed down generations. Whether the mental trauma he undergoes in his college, the physical abuse at the hands of the heroine’s relatives or the public humiliation of his father, the film is an unforgiving reminder of repression in the name of caste.

“The film is not aimed at naming and shaming any particular community,” says Selvaraj, an alumnus of the Tirunelveli Law College, which serves as the setting for the story. “It only ­describes the injustice meted out to the ­oppressed castes and the opportunities denied to them. Even if they make it through the grind to enter a law college, they remain strangers to an education system that favours those with knowledge of English.”

“Instead of shaming any community, the film only describes the injustice meted out to oppressed castes,” says Selvaraj.

The hero’s struggle with English does not merely bring on the laughs; it also serves as a gentle reminder that reservation might help the underprivileged to gain admission, but does not ­empower them without a basic knowledge of English. Selvaraj strongly advocates that education is the only route to salvation. He does this via Perumal’s college principal, a cobbler’s son who narrates his own story of how studying with passion helped him overcome social and ­economic handicaps.

The film succeeds for two other reasons. Firstly, the narration is direct without being heavy on symbolism as films with a social ­message often tend to be. “Even the symbols are easy to grasp. For example, when Perumal chooses to sit in the front row instead of the last bench and an elite-caste boy challenges him,” points out music director Santosh Narayanan, whose earthy songs and background score add depth and dimension. Secondly, the dialogues raise questions about caste inequity rather than provoke anger. “Just because you and my daughter study in the same class, you cannot be equal to her,” the heroine’s father tells Perumal.

His reply comes towards the end of the movie, when he asks, “Why cannot we do what we want? Your threats will not stop me from studying. I will keep coming to college. We will study.” 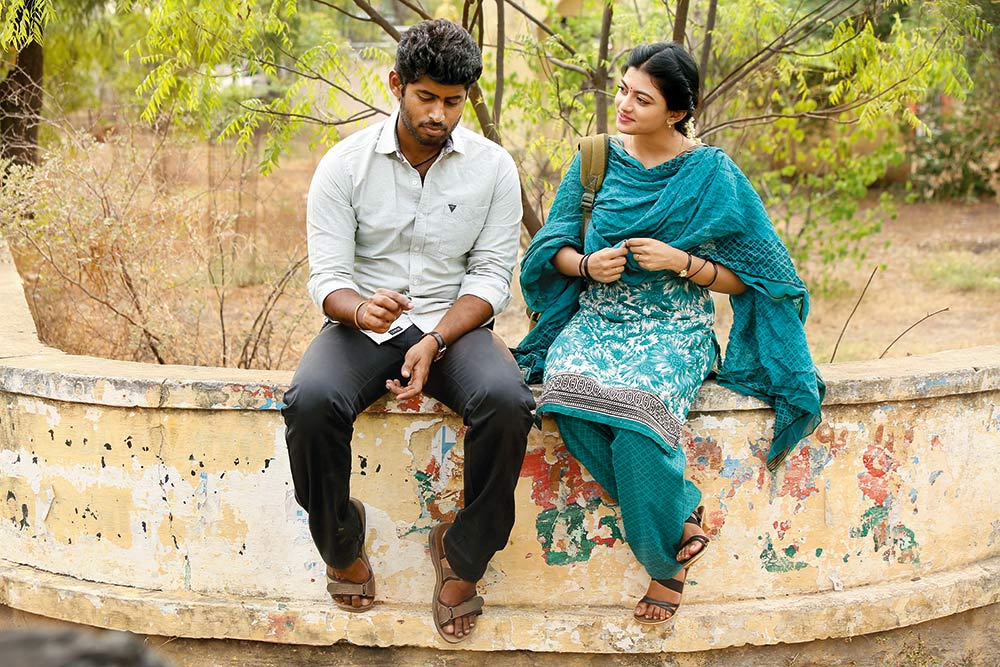 Selvaraj chooses anguish over anger as the language of his intimidated characters. Not everyone relishes this line of least resistance. Tamil Nadu-based anti-caste political party Viduthalai Chiruthaigal Katchi’s leader Thol. Thirumavalavan feels the Dalit view, especially the community’s fightback, could have been dep­icted more tellingly. “It is a great movie, a definite landmark in Tamil cinema. But Dalit activists feel it did not record their protests. The caste fanatics are shown to be having the upper hand, with little to show by way of retaliation from those whom they oppress,” he argues.

Selvaraj retorts that the film is not about violence and counter-violence, but an invitation for dialogue between the oppressor and the oppressed. “As the hero explains to the remorseful father of the heroine in the last scene, only if we talk and discuss will we know what the future holds,” he says. He also points out that only a small minority of the elite castes resort to such extreme behaviour, while the majority watch the atrocities in bemused sil­ence. The film aims to address this silent majority, urging them to question the aggressors in their own community.

The movie is also an attempt to make the rest of the world understand the dreams and aspirations of a section whose voices have never been heard. “Mainline cinema rarely talks about such issues, and this probably is a rare attempt,” says Pa. Ranjith, who has emerged as a voice of assertive Dalits in Tamil society. “When Selvaraj exp­lained how the story is going to be narrated, I was impressed by its scope and offered to produce it.” As producer, Ranjith is also a happy man as the film has reported good collections all the way from metros to small towns.

Selvaraj says parts of the film are autobiographical, especially the mental trauma the hero und­ergoes during his college days, but otherwise it has been stitched together by the experiences of many youngsters like him. The ingrained caste ­divide mostly plays out in schools and colleges. “My closest classmate happened to be from an elite caste. I have kept that character to show that not everyone has hatred in their hearts.”

For Tamil society, ripped apart by the rage of honour killings, Pariyerum Perumal recommends reaching out rather than retaliation as the balm to heal caste wounds. In fact, when the heroine’s father reluctantly asks Perumal if he too reciprocates his daughter’s love, the hero replies, “Before I could find out, you people have crushed me.” And the audience cheers loudly. That Selvaraj has managed to engage the average film-goer in a dialogue about caste is proof that cinema can also provide a healing touch.