Field reporting is passe, chat shows have come to rule the programming roost 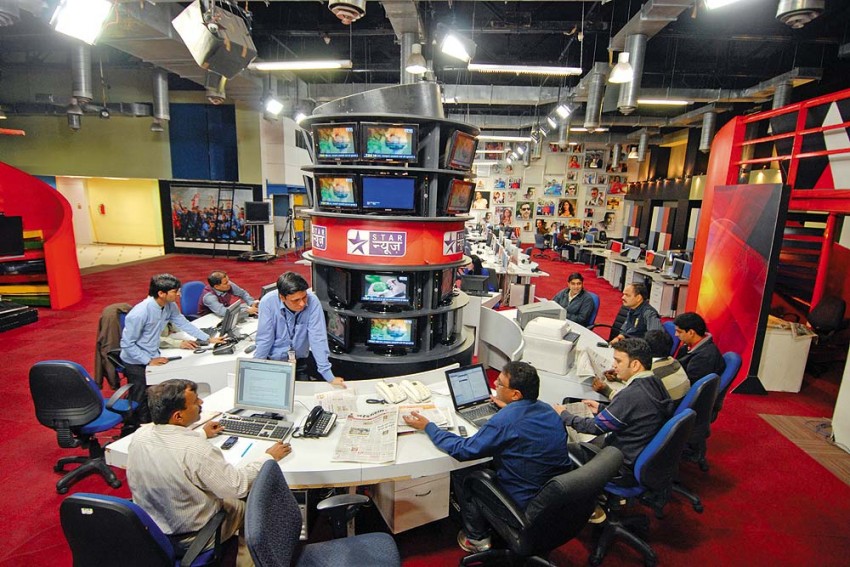 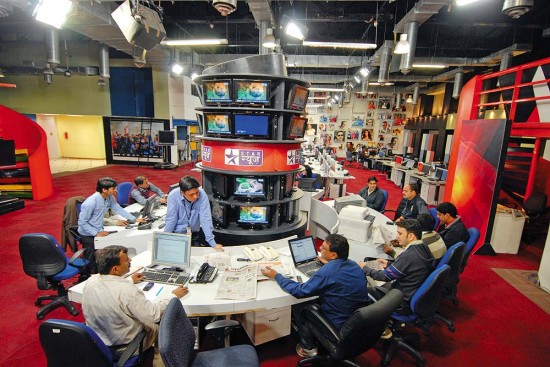 Five years ago, when I was in it, the newspit would be like a war room gone berserk before the 9 o’clock news. Heated fights over headlines, frayed nerves at a big guest who has ditched, the anchor having a minor cardiac arrest over the lead story not making it in time. There would be a scramble from  reporters to push their VTs (video tape) in. How can you cut my story to a minute-and-a-half, it’s the breaking news, the poli­tical reporter would scr­eam. Who cares, the big human interest story right now is the molestation, the Mum­bai bureau chief would yell.

If it was this week, the star anchor would be in Kashmir, trying to get separatist leader Masarat Aslam’s int­erview, another reporter the new CM’s bites, a third in Delhi the home minister’s reaction; there’d be a full crew in Dimapur reporting on the lynching, an OB van would have been dispatched from Guwahati or Calcutta; there’d be live reports on land bill protest stories from Madhya Pradesh, rain at the wrong time ruining crops in Punjab, packages on nothing moving in Telan­gana, a five-minute London-link booked to go live with Leslee Udwin. There’d be at least 15 stories stacked up in the rundown. There would be a tight knot in everyone’s stomach as the familiar sting music of news at nine plays out. The VT editor who sends in the lead story in the last second, as the headline pack is rolling, would be cheered in the edit bay, the reporter who gets the HM at the nick of time would be hero. And as the bulletin got into the last segment, usually sports and entertainment, there’d be a palpable release of collective breath, from the ticker-writer to the editor-in-chief.

Newsrooms at nine these days, I suspect, must be tranquil as Lamayuru in November.

No prime-time bulletin today—English or Hindi, Star Anando or Sun—can have less than 10 windows in a frame.

Political reporters, who used to be rehearsing their lines in front of OB vans, anxiously awaiting anchors to cut to them, must be at the Press Club. The vans themselves must be rusting quietly in front of 7, RCR, or the Mantralaya, the whirr gone out of them. The investigative team must have been wound up. News editors and producers must be world bea­ters at Candy Crush. Most of the cameras the channels own must be in the studios focused on the panel of a dozen or more guests sitting on the long table. The rest must be wired to the houses of spokespersons of BJP, Congress, AAP, PDF, RLD, AIADMK, sad, JD(U) and CPI(M) (if they have one). It’s easy, doesn’t need imagination and is cheap. No respectable prime time bulletin today—all the English and Hindi channels, and from Star Anando to Sun TV—can have less than 10 windows in one frame. The guest coordinators, who used to be fresh-faced, sweet-talking public school students in my time, must be the top honchos now. The graphic team must be lording over the newsroom like gladiators. The studio floor managers must be divas and dons.

The big plusses of TV—taking the viewer to Dimapur or Singrauli, of which they have only heard, to bring the voice of the victims and uncover the face of the oppressor, to show the colour, smell and texture of news as it happens in a frenetic country like ours—has been thrown out of prime time. These days 9 o’clock looks more and more like the kind of stuff we’d talk about after the bulletin is over—at a pub.

The Nation Will Skewer You Now