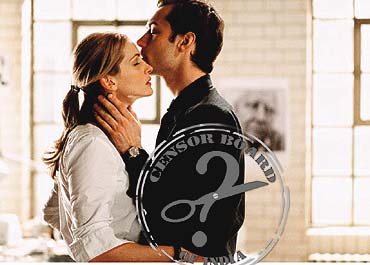 Five core groups were formed last year to spell out the finer details on certification, and from all accounts it appears that the currently existing three-way categorisation-U (unrestricted viewing), U/A (under parental guidance), and Adult-will have another addition. A Mature Adult (MA) category for those above 21 and a separate category for those between 15 and 18 years of age is being worked out. Also being looked into is the possibility of screening adult films in specially designated theatres. But explicit sex will still be a no-no. (See interview with the censor board chairperson Sharmila Tagore).

The I&B ministry seems to enjoy engaging in such exercises. Just two years ago, a decision was taken to completely overhaul the certification system. The issue of dialogues, violence and extent of nudity to be allowed in films were debated upon till a consensus was arrived at. It is learnt that more or less the same issues are being dealt with this year too. As with previous amendments, these changes in the Cinematograph Act of 1952 will have to be passed by Parliament. So what are the changes being proposed for this ageing law? For one, says Sharmila, the categorisation requires revision. "To assume that everyone from the age group of 15-18 has similar tastes and sensibilities is to really oversimplify the matter."