The “bigger than Bachchan” star has had hits in Tamil and even Hindi. His 1991 hit, Aaj ka Goondaraj, was one of the highest grossers across India that year. 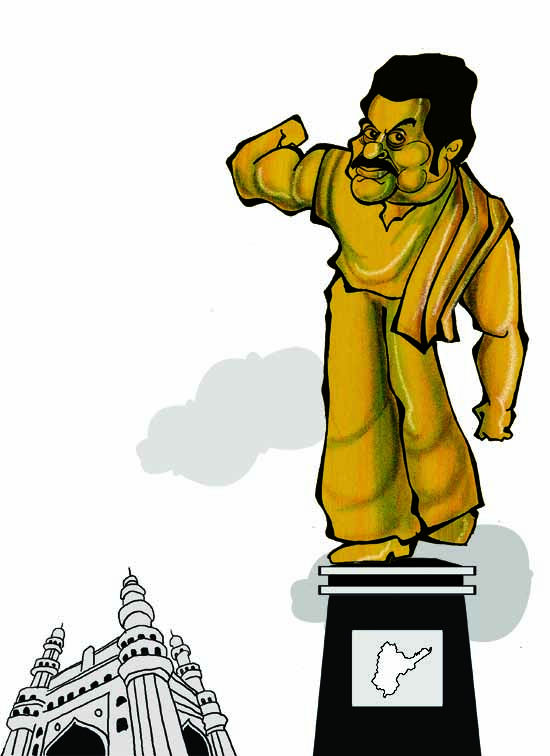 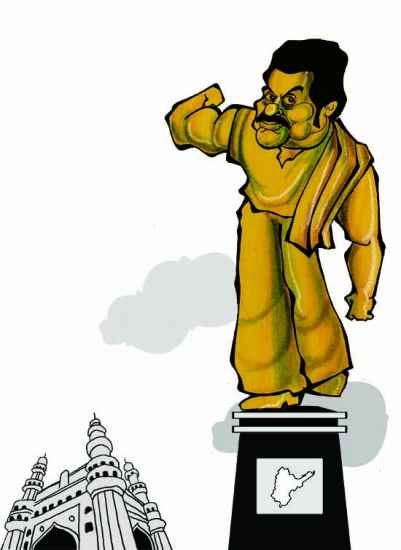 In 2004, Chiranjeevi’s blockbuster film Shankardada MBBS (a remake of Munnabhai MBBS) had a scene where he gets slapped by a junior actor. Shockwaves spread across the state with theatre-goers furious at the scene. “How can the megastar be insulted like this?” outraged fans wanted to know. Now that’s the kind of adulation Chiranjeevi enjoyed during his illustrious silver screen career. The ambitious young lad from Mogalthuru in West Godavari district brought to Telugu cinema an overwhelming new charisma with his dance and action sequences. In cin­ema-crazy Andhra, his intense performances quickly got him mass appeal across all age groups, elevating him to demi-god status. Some of his superhits include Khaidi, Gang Leader, Rowdy Alludu, Mutha Mestry, Baavagaru Bagunnara etc.

And when Chiru took the plunge into politics in 2008—on the social justice plank, no less—with his Praja Rajyam Party, it seemed a natural corollary to his star appeal. Poll pundits went berserk with predictions that Chiranjeevi would emerge as next CM. The PRP’s miserable performance with a tally of just 18 assembly seats showed that voters in Andhra Pradesh didn’t fancy Chiranjeevi the politician as much as Chiranjeevi the superstar. What Chiru’s party did however was to eat into votebanks, primarily that of the opposition Telugu Desam. So, effectively, the PRP helped the Congress ride back to power in 2009. In February 2011, Chiranjeevi merged his party with the Congress saying the ruling party was the only one who could satisfy his aim of “social justice”. The timing was perfect for the latter, Chiranjeevi’s 18 seats helped Congress beat the Jagan rebellion in the assembly.

So what explains his demi-god status among fans? Well, Chiru is the classic case of a lower-middle-class boy from a  rural background making it huge in filmdom. A rags-to-riches story in real life, it’s just been too filmi to resist for the Telugus.