How Sindhu regained her balance, and in winning the China Open, breached a great wall of excellence 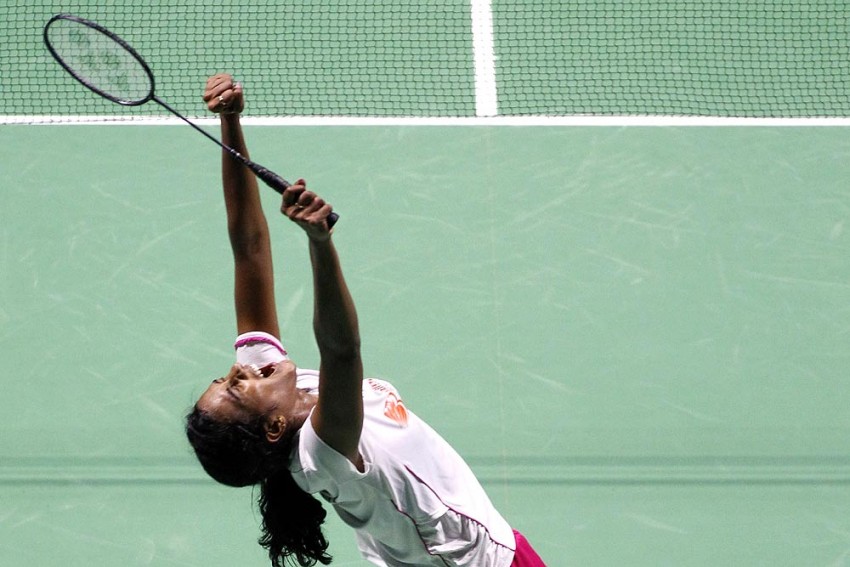 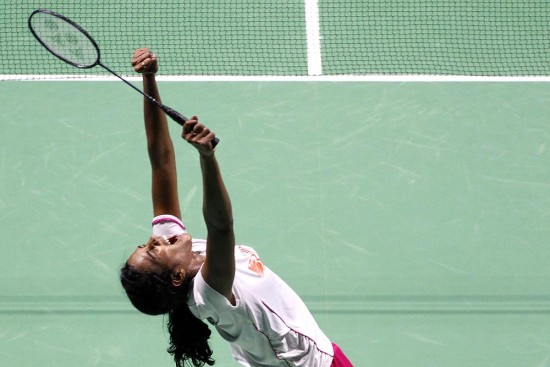 In sports, balance is key to everything a sportsperson does. And India’s ‘golden’ girl, P.V. Sindhu, has just str­uck the right balance after a slight drop in focus. She reached a giddy high when she muscled her way through the elite line-up at the Rio Olympics, storming into the final, fighting to the last and winning silver. Then, predictably, a series of felicitations followed, as Sindhu zipped across the country accepting gifts in cash and kind  from politicians and industrialists bent on ben­evolence and from grateful fans. In the process, Sindhu’s training sch­edule slowed down longer than she would have wished for. Possibly, her fitness also was a bit compromised. She skipped a couple of tournaments after the Olympics and lost in the second rounds of the Denmark Open and French Open in Octo­ber.

Soon, tongues started wagging, doubts were raised, questions asked, even though they were largely in whispers: Has Sindhu lost her focus? Is she distracted? When will she be able to regain that stellar concentration she showed in Rio?

That’s when her coach Pullela Gopi­chand would have sternly whispered in her ear: “That’s it. Now, let’s get back to court. Let’s balance it out.” Sindhu, all of 21 and ranked 11th in the world, would have realised the importance of balance, on and off the court—and in life. Thanks to a level-headed coach and understanding parents—both were sportspersons—she got her focus back, and used it in clearing a champion-­packed field, winning the China Open Super Series, her first-ever Superseries title. In the final, she beat World No 9 Sun Yu, one of the best players China can throw at her these days. “After the Olympics, when you come back, there are a lot of functions and events, so it is very natural to come down a little. But I think she has found the ‘right balance’. Winning a tournament of this stature is not easy and it is very creditable,” says former national champion-turned-coach U. Vimal Kumar. He says generally Indian sportspersons tend to be used by politicians as they are not always professionals in the strictest sense. “Indian players need to learn this from top international tennis players. There’s a time for product promotions and that should be clear in their personal contracts and you should stick to that irrespective of the compulsions,” he says.

Arvind Bhat, two-time national champion, agrees. “She has balanced it out after the two losses [Denmark Open and French Open]. People talked about it a little bit. That might have also inspired her. She would have been a little more motivated in training and would have put a little bit extra, and that would have helped.” The China Open conquest has also put her on the path to qualifying for her first Superseries finals in Dubai in December. Only the top eight ranked players compete in the annual year-end competition; the prize money at stake is a handsome $1 million. After the Hong Kong Open—which also serves as the last qualifying tournament for the Superseries finals—Sindhu is slated to compete in the Macau Open. “Let’s see if I make it to the Superseries Finals,” Sindhu tells Outlook from Hong Kong.

Whether or not Sindhu qualifies for the finals, she would be seen in action at the Premier Badminton League (BPL) from January 1 in New Delhi. Chennai Sma­sh­ers held her for Rs 39 lakh without much difficulty. On the other hand, Saina was retained by Lucknow’s Awadhe Warriors at her base price of Rs 33 lakh and Hyderabad Hunters bought world No.1 Carolina Marin of Spain for the top price of Rs 61.5 lakh.

Everyone, including Sindhu, feels that she is just 21 and has a long way to go. Sindhu’s coach Pullela Gopichand says she will have to deal with the enhanced expectations—always a double-edged sword. “I think as you grow higher and start winning, people will expect more and better results. She will have to live with it. Hopefully, she can deliver,” he says. Sindhu, too, concedes expectations have increased. “Yes, after the Olympics expectations are very high from everybody but I kept working hard,” she says. For now, the Hyderabad-based player is elated on winning a Superseries crown. “Each match was really very important and each point was important. I was prepared from the first round,” she says. Gopichand says he helped Sindhu weed out the errors after the Olympics. His mantra to her is: no win is final and no loss is final.

After the Olympics, expectations are very high, but I kept on working hard. Each match was really very important. I was prepared from the first round. Reaching the top level is okay, but to maintain that is really tough.

Now, the bigger challenge before Sin­dhu is to stay at the peak, having rea­­ched there. “Ups and downs are always there and winning and losing is part of life, so I need to work harder. Reaching the top level is okay, but to maintain that is really tough. For that you need to work really hard,” says Sindhu. And then there is the inevitable comparison between Sindhu, a rising star, and the experienced Saina Nehwal, now back on court after a knee operation post the Rio Olympics. Sindhu refuses to believe in comparisons. “Everybody has a different style of play. Everybody has his/her own strokes and mind-set. So, it’s not that Saina is ranked 6th and I am 11th. Yes, of course, she is playing very well. She has a different style of play and I have a different style. And whoever plays well on a particular day wins,” she says. Right, those kind of days are certainly drifting into her side of the court oftener now.

Commas In A Harsh Sentence