The categorical Chinese support to Pakistan comes days before the crucial plenary session of FATF. 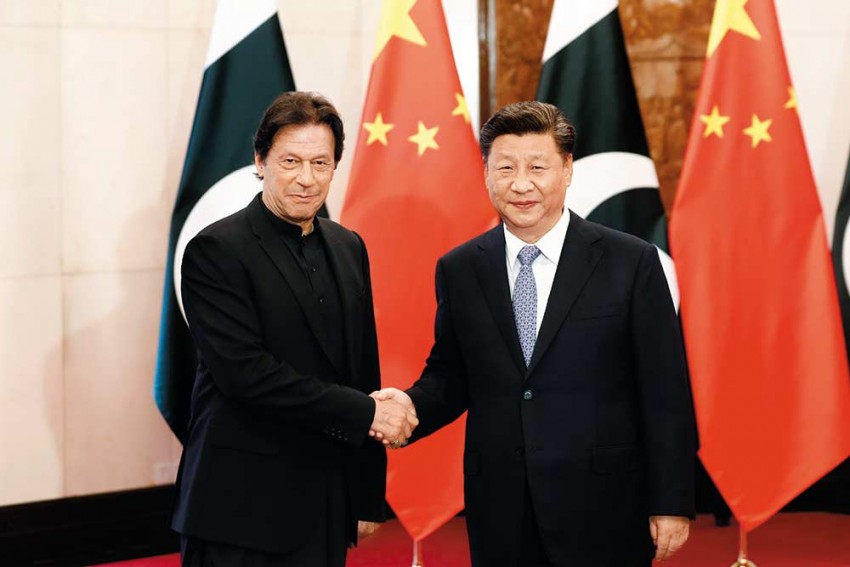 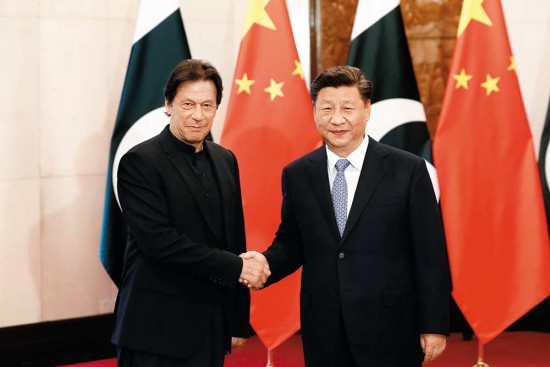 In a concession to its “iron friend” Pakistan, China has thrown a much-needed diplomatic lifeline to Imran Khan that could help him ­rebound from a series of recent setbacks at the international stage.

Chinese President Xi Jinping emphasised their rapport during a meeting with the visiting Pakistani prime minister in Beijing on October 8. “No matter how the international and ­regional situation changes, the friendship ­between China and Pakistan has ­always been unbreakable and rock solid; our relationship has always maintained vitality,” he declared.

Xi’s remarks came after clarifying China’s position on Kashmir in a joint statement with Pakistan. “The Kashmir issue, being a dispute left from history, should be properly and peacefully resolved, based on the UN charter, relevant UNSC resolutions and ­bilateral pacts,” it said. Sino-Pak relations have often raised questions in India about its negative impact on improving ties with China.

The timing of Imran’s visit and Xi’s comments are significant. They coincide with two important events in the diplomatic calendar: one, the Chinese president’s visit to India for an informal summit with PM Modi aimed at building trust and understanding between the two sides. Two, the categorical Chinese support comes days before the crucial plenary session of the Financial Action Task Force (FATF), an important multilateral body, in Paris. The FATF will decide whether Pakistan should be further downgraded on its list for inaction against terror-financing.

In the past few weeks, there have been a number of commentaries from Imran’s supporters on how he had managed to get the world’s attention to “Indian atrocities in Kashmir” and highlight the condition of Kashmiris.

But the hype over his performance at the UN notwithstanding, it subsequently became clear that the Pakistani PM’s maiden sojourn to last month’s general assembly in New York did not play out according to the script prepared by his close advisors.

Chinese backing comes days ­before the ­plenary session of the FATF in Paris, which will decide Pakistan’s fate vis-a-vis terror financing.

The lack of support from a majority of the 193 members of the general ass­embly on developments in Kashmir following the scrapping of Article 370 of the Indian Constitution—seen widely as an “internal matter” of India—led to the immediate sacking of Maleeha Lodhi. As Pakistan’s permanent representative at the UN, she had possibly failed to und­erstand the international community’s apathy to developments in South Asia even though Imran had tried to rouse their interest though his shrill campaign on Kashmir and the threat of a possible Indo-Pak nuclear war.

According to Friday Times, a Pakistani English weekly, Imran Khan was further humiliated when the Saudi crown prince Mohammad bin Salman snu­bbed him by recalling the private jet he had loaned him for his New York trip. There are conjectures that Imran’s deci­sion to join Turkey and Malaysia in posing as leaders of the Islamic world, in addition to his offer to play the mediator’s role between the United States and Iran, outraged the crown prince as the Pakistani PM did not have his app­roval. In response, he ordered the Pak­istani delegation to be removed from his plane as it was preparing to take them back to Islamabad.

These fast-paced developments form the backdrop of the important FATF plenary session in Paris scheduled for October 13-18. Pakistan is ­already on the grey list of the FATF. After deliberations at the forthcoming session, a decision will be taken whether Pakistan merits to be taken off the list, remain on the grey list, or be downgraded to the blacklist. The US and others may like to see Pakistan continue on the grey list to ­ensure its support in getting Taliban’s cooperation for a smooth American troop withdrawal from Afghanistan. One can expect hectic diplomatic parleys in Paris.

The grey listing is already hurting Pakistan with regards to foreign borrowing and investments. A blacklisting will increase the pressure further. The plenary session will decide if the world has begun to look at Pakistan differently. Interestingly, China is the current chair of the 39-member FATF.