An unforgiving film that is a str­ong reminder that horrors of history never leave us. 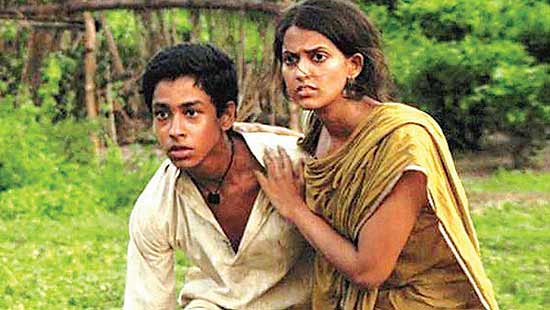 Children of War is about subcontinental concentration camps, the Auschwitzes that sprung up during Bangladesh’s 1971 war of liberation. Varied, individual strands of stories come together on the common ground of death, devastation, loss and grief. A brother and sister on the run to seek refuge across the border in India, a husband and wife separated for what would feel like an eternity and guerillas fighting against the Pakistan army for their homeland. It’s a harrowing, upsetting—and problematic—world to watch on screen. The initial sequences of torture and rape feel excessive and unrelenting in their brutality and violence, at times even gratuitous. There are times you feel coopted, as though the sadism was getting inflicted on you personally and you want to run away. However, gradua­lly the film sucks you into its tragic world and eventually turns out to be a moving watch. Pavan Malhotra as the Pakistani armyman Malik plays out the most dreadful villain in recent times; Raima and Tillotama are vulnerable yet strong in facing his terror. It is an unforgiving film that is a str­ong reminder that horrors of history never leave us. They only come back to haunt us in newer forms.