Childcare in Gujarat: The Shadow On The Shine 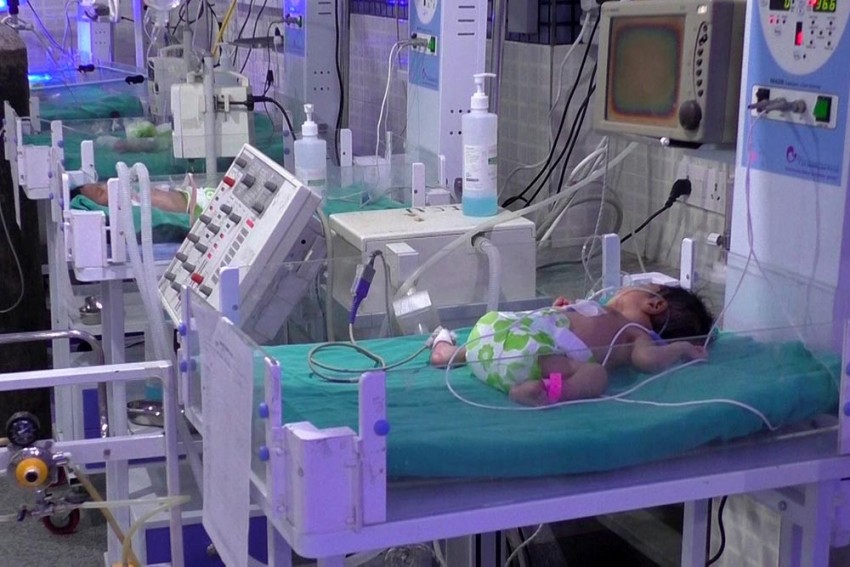 Life-Saver
A baby under treatment in the neonatal ward of a hospital in the desert district of Kutch
Photograph by Nandan Dave
Darshan Desai June 21, 2018 00:00 IST Childcare in Gujarat: The Shadow On The Shine 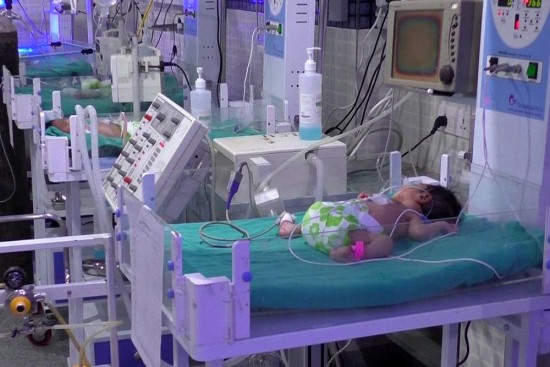 Gujarat was in for a shock this May when the news broke that 111 newborns had died over the past five months at the G.K. General Hospital in Bhuj. Run by the Adani Education and Research Foundation, this hospital in the desert district of Kutch was the first under the state government’s public-private experiment in the health sector. A few months earlier, 18 infants had died at Asia’s biggest government hospital—Civil Hospital, Ahm­edabad. “Five or six children die here every day,” H.H. Prabhakar, medical superintendent at the Ahmedabad hospital, had said during the thick of the controversy. And at the government-run K.D. Children’s Hospital in Rajkot, hometown of CM Vijay Rupani, 164 children died over the first four months of this year.

These instances may have shocked people, but scratch the surface a bit and such deaths come across, tragically, as quite routine. The government’s inquiry found a common thread running through all three instances: most of the infants were referred to these hospitals from far-flung rural areas in the last stage of survival. “This is simply because of the pathetic public health infrastructure in the rural districts,” points out Renu Khanna, chief coordinator of Jan Swasthya Abhiyan (JSA), a state-level collective of organisations and individuals working in the health sector. A grassroots survey in 18 out of Gujarat’s 33 districts put together by the JSA points to acute shortage of specialists and paramedical staff in district-level health facilities.

In community health centres across the state, 1,196 of the 1,272 positions of specialists needed are vacant. In the primary health centres, there is a shortfall of 400 doctors. The shortfall of nurses in primary and community health centres is 679. “Besides these, there is a big shortage of sub-centres, besides auxiliary nurses and midwives,” says Khanna. “These figures are worse in Gujarat than several other states.” In fact, Gujarat lags behind Maharashtra, Andhra Pradesh, Karnataka, Tamil Nadu, Punjab and West Bengal in infant mortality rate, maternal mortality ratio, total fertility rate, juvenile sex ratio and anaemia among women, among several other indicators.

According to the latest data available in the Sample Registration System Statistical Report 2015 and the National Family Health Survey 2015-16, 39 per cent children in Gujarat are underweight against the national average of 35. The state ranks 25th among 29 states in underweight children under five and 17th in infant mortality rate, with 30 deaths per 1,000 live births.