An adoring niece paints a picture of the other side of C.N.R. Rao 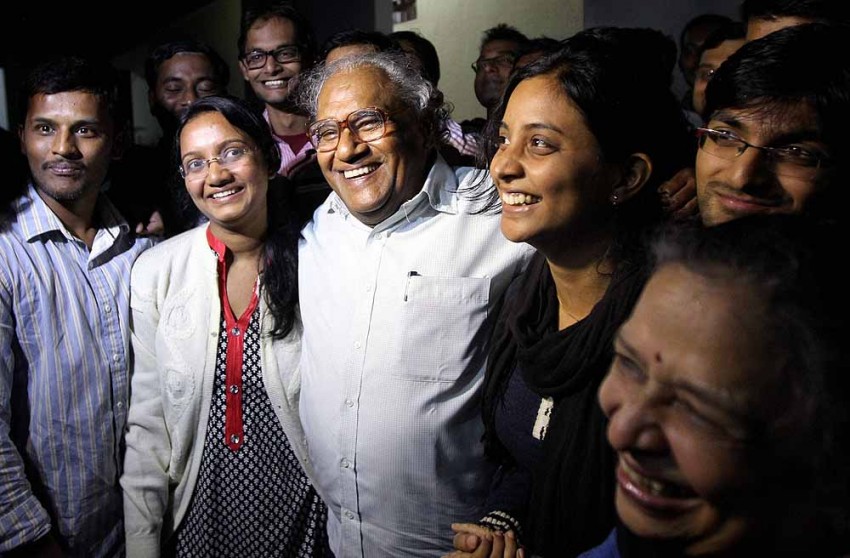 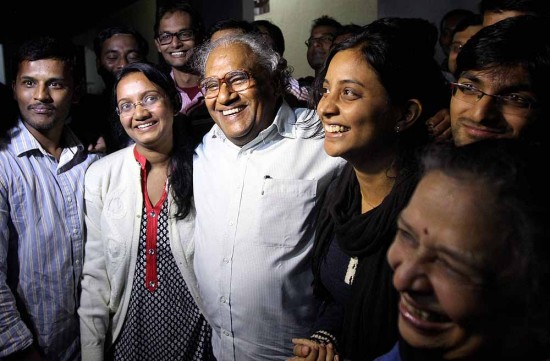 I was born in a Kannada Brahmin family that traced its lineage to a mythical sage, but to my mother, English literature was religion. She believed the world was a stage and we were all actors upon that stage. “I’m Cordelia,” she’d say, and my childish imagination would work overtime in associating other members of my family with the characters in Shakespeare’s King Lear. When I first heard of cross-disciplinary scientist C.N.R. Rao, on whom the president recently conferred the national honour of Bharat Ratna, it was from my mother, whose cousin Indumathy was married to him. My mother called him Othello. Why Othe­llo, I still remember asking her. With humour and awe, she told me her cou­sin Indumathy was like the beautiful Desdemona, while here was this big, dark man, her husband, with prominent features, an aloof demeanour, and clearly no inclination for small talk, very much in love with his fair, petite and ever-smiling wife. Indeed, family grapevine had it that Prof Rao’s love for his wife bordered on obsession, which was the reason why they got to see so little of her at family functions.

I recently met Indu Aunty, and she confirmed to me how intimate they were as a couple. “We share so many interests that our love is as fresh today as it was when we married in 1960,” she told me. She realises that such conjugal bonding was rare in middle-class Brahmin families and felt very, very lucky to have shared such a bond with her husband. CNR’s work has taken him all over the world, but Paris and London remain the couple’s favourite cities. Their most wondrous vacation was to Petra, in Jordan, which they still recall with awe.

Laying to rest the perception that CNR did not have time for anything but science, she told me he’d not only planned his career, he’d also planned her. Early in their marriage, he persuaded her to shift from English to education and even got her a scholarship to study at Purdue University while he was conducting research there. Back in IIT Kanpur, while CNR remained busy with academics, she started ‘Opportunity School’, for the children of non-academic staff and run with voluntary contributions. “There’s so much you can do with little money,” she says.

Generous, eager to share his knowledge, CNR set up an educational foundation with the money he received from the Indian Science Foundation and the Dan David prizes. The foundation does extraordinary but low-key work: the couple travel to Uttarakhand, Bihar, Kerala and other places to hold science camps for children. Over 50,000 children have been taught by this great man with material produced by his wife at the education technology unit of the Jawaharlal Nehru Centre for Advanced Science Research, in Jakkur, north of Bangalore. The foundation also awards young researchers and creative teachers.

CNR bears his honours and the immense volume of his work—1,600 research papers, 49 books, membership of all the major science academies of the world, the 80-odd doctorates conferred upon him—ligh­tly. He believes that life, for him, is “climbing a limitless ladder”, also the name of his autobiography. Besides his work, he loves music, his single regret in life is not learning to play the piano. He attends performances regularly and hosts artistes at his foundation and at iisc. One evening, after I had performed at the Rashtrapati Bhavan, President A.P.J. Abdul Kalam was introducing me to his guests, when CNR boomed out, “Hey Abdul, you don’t have to introduce her to me—she happens to be my niece.” Uncle and niece had made their special connection.

The source of all the abundance that is CNR lies in his discipline: he’s up at 4.30 am, does his meditation, yoga and walk, and before anyone else is up, he has his whole day all worked out. Deeply spiritual, he believes in an all-forgiving and loving God to whom he attributes his own successes and that of his extended family.

There’s one way to follow life, through arithmetic; and there’s another way, to follow it through dreams, vision and hard work. For this latter-day Renaissance man, there were no shortcuts. Self-made, he carved out his own path, never losing sight of his mother’s injunction to “worship Saraswati (knowledge), not Lakshmi (wealth)”. I tell my sons the same thing, and with pride and honour, present to them their grand-uncle, Bharat Ratna Prof C.N.R. Rao.

(The writer, a well-known Bharatanatyam dancer, is the brain behind the Delhi International Arts Festival.)