Set in Punjab in the throes of the Khalistani separatist movement, the film is about the suffering of ordinary people 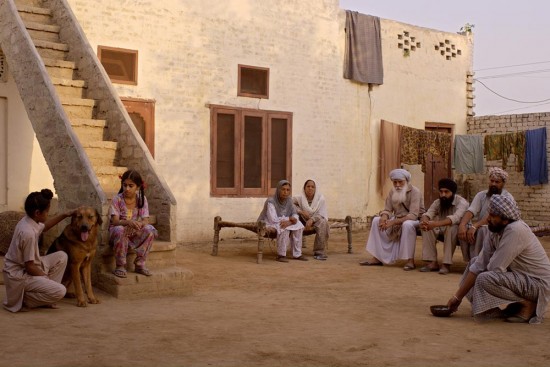 The issue of militancy in Punjab has almost been forgotten, but the violence and trauma the state went through has not been adequately captured in cin­ema—the only films that comes to mind are Gulzar’s Maachis and Govind Nihalani’s Drohkaal. In fact, almost all films based in Punjab are about happy, singing and dancing folks—an image shattered by the recent Udta Punjab. Gurvinder Singh’s National award-winning Chauthi Koot (Fourth Direction) comes as a remin­der of that tumultuous period that had long-term ramifications out of the state, like Operation Bluestar, the assassination of Indira Gandhi and the Sikh pogrom.

Chauthi Koot is set in the ’80s, with Punjab in the throes of the Khalistani separatist movement, and burning in the crossfire between Khalistani militants and security forces. The people are in the grip of fear and uncertainty—and the director has returned to that dark period with poignancy and an evocative use of silence to heighten the tension—when a distant bullet fired, the bark of a dog or squawk of a chicken signals menace.

Based on two short stories by Waryam Singh Sandhu, the film is about the suffering of ordinary people, not the grandstanding of militants or the pornography of violence that many directors resort to, because reality would be too difficult for an audience to bear—the men killed in police encounters; innocents pulled out of buses and shot.

The first story is about an order issued by militants that forbade pet dogs from barking and...