Chasm At Our Feet

The party may still be swinging... but it's not for everybody. The widening economic and social disparities could fuel serious social strife... 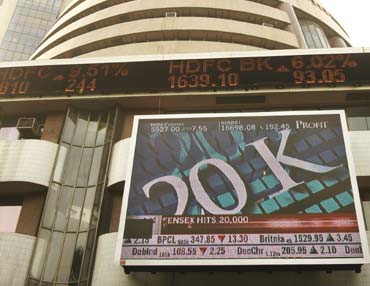 outlookindia.com
-0001-11-30T00:00:00+0553
2007 rang in the fifth consecutive year of strong economic growth, averaging over 8 per cent a year. Domestic savings and investment boomed, corporate profits grew fat, the Sensex surged more than 6000 points to breach 20000 and real estate prices soared to new highs. Reflecting India Inc’s new-found strength, Tata Steel bought out the Corus Group. Billionaires proliferated and there was a crorepati around every street corner. Salaries jumped. Some 80 million more cellphones jangled. A million more cars choked the pot-holed roads, their exhaust fumes clouded the skies over urban India and challenged the respiratory capacities of residents. The shopping malls got bigger, the weddings glitzier, the magazines glossier and the movies raunchier. Domestic air travel spiked up by 40 per cent and nearly 10 million Indians went abroad for business or pleasure. Yes, the boomtimes continued, at least in urban India.

But for every million new entrants to India’s burgeoning middle class, there were tens of millions of citizens still trapped in grinding rural poverty, lucky to earn Rs 10,000 a year (yes, a year) through back-breaking labour. For them, there was no party. Electricity was still a rare luxury, roads were mostly non-existent, water sources were usually contaminated, crops still failed and ‘law and justice’ were cruel jokes. Worse, the hopes of escaping poverty remained fragile, with abysmal standards of teaching in most government schools and few job opportunities for school-leavers and dropouts. In a word, the abyss between boomtime, metropolitan India and rural Bharat widened further during 2007.

Let’s not dwell on the downside. The fact is the fifth year running of strong economic growth was a real achievement and reflected several key trends, including: the cumulative impact of fifteen years of economic reform (though not much by the present government); the rewards of opening up to global commerce and capital; the coming of age of India’s dynamic corporate sector; the savings dividend of a young labour force; the impetus from modern services such as IT, telecom and media; a competitive exchange rate policy (till this spring); some reduction of fiscal deficits; and an unprecedented global economic boom. Across the world, there was increasing recognition and respect for India’s recent economic performance and future potential.

The year began with inflation jitters, which were skilfully soothed through a modulated tightening of monetary policy by the RBI. However, food prices continued to rise, driven by global scarcities and longer-term weaknesses in domestic agricultural supply. The booming Indian economy attracted a rising tide of foreign capital inflows as domestic companies borrowed liberally from overseas lenders and foreign investors piled into the country’s buoyant stockmarkets. This surge in external capital and an apparent shift in government policy led to a sharp and unexpected jump of more than 10 per cent in the rupee/dollar rate exchange in March-April. The adverse impact on the nation’s exports (especially in employment-intensive segments like textiles, leather goods and handicrafts) followed in a few months and intensified, destroying hundreds of thousands of manufacturing jobs, weakening the boom in software exports and posing a serious (and still unresolved) dilemma for policymakers and politicians.

Foreign capital inflows were not the only marker of India’s growing integration with the world economy. As global oil prices soared from an already high $60/barrel in January to nearly $100 in November, India’s trade deficit widened by $15 billion and the pressure to raise domestic prices oil products intensified. Confronted by populist, Left-led opposition to oil price increases, the UPA government chose to pass most of the burden of the surging subsidies (on petrol, diesel and LPG) on to the domestic oil companies, severely undermining their financial health and capacity for investing in domestic supply expansion. Efforts to reduce the country’s growing, long-term dependence on costly imported petroleum through more reliance on nuclear power were dealt a massive setback by the Left pulling the rug from under the Indo-US nuclear deal in October. The widening rift between the UPA and the Left ramped up political uncertainty and could yet prepone the date of the next general election. 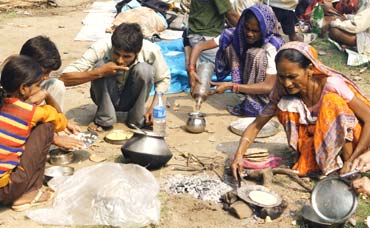 From August onwards, the global economy cast another lengthening shadow on India’s ongoing growth surge. The ‘sub-prime’ mortgage lending problems in the US housing market snowballed into a global credit crunch in the industrial world as it became increasingly apparent that lenders of these dodgy mortgages had transferred the underlying credit risks to numerous banks and other financial firms through complex and opaque financial ‘innovations’. By October, blue-chip financial giants like Citibank and Merrill Lynch were declaring billions in losses from these activities and credit markets in US, Europe and Japan were in a deep funk. While the short-term fallout for India and other Asian economies was limited, the chances of some growth retardation in ’08 and beyond rose by the month in tandem with the rising probability of a recession in the US. Although the jury is still out on severity of the impact on the US economy, the collapse in home construction and a stalled financial industry, most respected analysts expect a significant slowdown, if not a deep recession. And if the six-year-long US economic expansion cools, the rest of the world, including India, will feel the chill (‘decoupling’ theories notwithstanding).

Global uncertainties are not the only clouds darkening the prospects for sustaining India’s current 9 per cent growth momentum. Unresolved problems and stalled reforms could also spoil the party. Long-standing infrastructure bottlenecks in power, roads, water supply and urban services may exact a rising toll from the growth festivities. The recent and hard-won gains in fiscal prudence could be blown off course by the growing recourse to off-budget subsidies (for oil, food and fertiliser), the ticking time bomb of the Sixth Pay Commission, mounting expenditure on populist programmes or a slackening of the recent surge in corporate profits and taxes. The well-known failures in government education and health systems are impeding the development of the human resources so essential for sustaining rapid economic and social development. Agricultural performance remains well below potential and is unlikely to meet the Eleventh Plan target of four per cent growth without major reforms. Continued government ownership of the commanding heights in banking and energy could also hurt future development.

Perhaps most worrying for the long-run are the increasing dualisms between rich versus poor, organised versus informal sectors, urban versus rural, employed versus jobless, fast-growing versus backward regions and skilled versus unskilled labour. The party may still be swinging....but it’s not for everybody. How long before the widening economic and social disparities fuel serious social strife, which shreds the remnants of reasonable governance and impedes the overall momentum of development?

Up There On Ground Ziro