A world of choppy emotions. Of trust, betrayals and guilts in which no one is wrong. Handled with grace and subtlety. 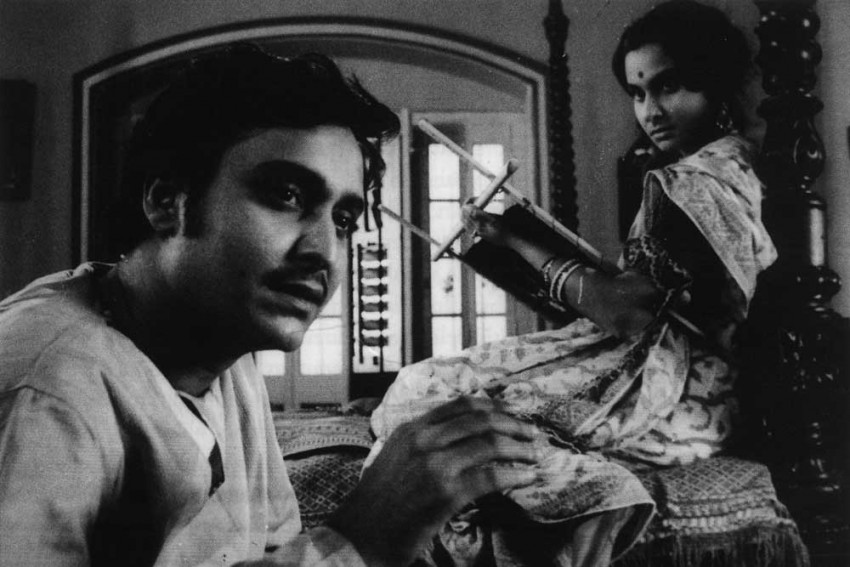 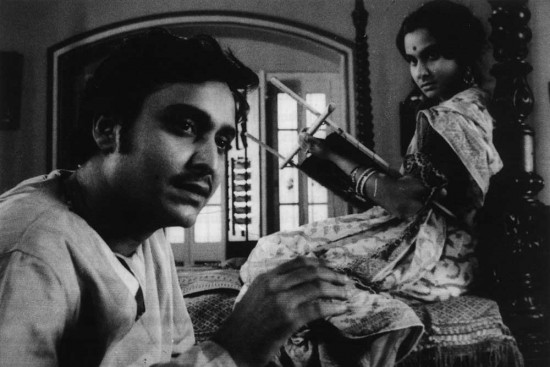 In the long sequence at the very start Satyajit Ray sets up Charulata’s situation eloquently, without taking recourse to many words. Charu embroidering her husband Bhupati’s initial ‘B’ on a kerchief, arranging for tea to be sent to his office, picking up Bankim Chandra Chattopadhyay’s Kapalkundala for a read. There’s a mechanised, weary touch to her domesticity. The sprawling home and its long, winding corridors is where she rules, in seclusion and in loneliness. It’s a routine she is caught in and yet seeks to shake off as she casts her gaze at the on-the-go world outside. That fat man she trails from up above, from one window to another, till he disappears from her vision. It’s not just the telling imagery. Ray also plays with the dim and distant sounds as against those in the vicinity to suggest the ghare (home)-baire (outside) divide in Charulata’s life. It’s a split that has always reminded me of Johannes Vermeer’s famous painting, Young Woman With A Water Pitcher—of a lady taking a curious peek at the world outside her window. So does Charulata, with her ally, a pair of opera glasses. The irony hits home when she looks at her own husband through them, a wisp of anger in her eyes. A husband, too absorbed in publishing a political paper, The Sentinel, to have any time to even spare her a look. And so far that she needs opera glasses to bridge the yawning gap between them.

Yet Bhupati is not entirely a villain. Ray handles his characters and their relationships with depth, compassion and understanding. Gen­teel Bhupati may not be a radical at heart but still a liberal, refo­rmist in his leanings. He may not have much time for Charu yet is quick to point out that loneliness is not some­th­ing she should get used to. It’s he who seeks out his cousin Amal as a friend and confidant.

Amal is the disruptive force that blows into Charu’s life along with a real storm, a little too obvious and pat a metaphor in an otherwise delicate film.

Charulata is a world of choppy emotions. Of trust, betrayals and guilts in which no one is wrong. But Ray handles it with grace and subtlety instead of bringing forth the uns­ig­htly. The sexual tension and intimacy are implicit rather than candid.

However, he does explicitly lay bare what a woman essentially wants: companionship. Someone to talk to and hear her out, someone to hum songs with, som­eone who understands her love for ‘mau­­dlin tragedies’, someone in whom to easily confide that the perfect women in Ban­kim’s books make her feel ugly, someone to be herself with. He is the one to tell her that she writes beautifully and must never give up on her talent, someone who can nudge her towards self-realisation. In Charulata, Ray recreated the Calcutta of 1870s. Film after film, from Hrishi­kesh Mukh­erjee’s Anu­radha (1960) to Gauri Shinde’s Engl­ish Vinglish (2012), has trudged on the same zone. Even in 2014, the complexity of Charu­lata’s predicament has not quite unravelled.