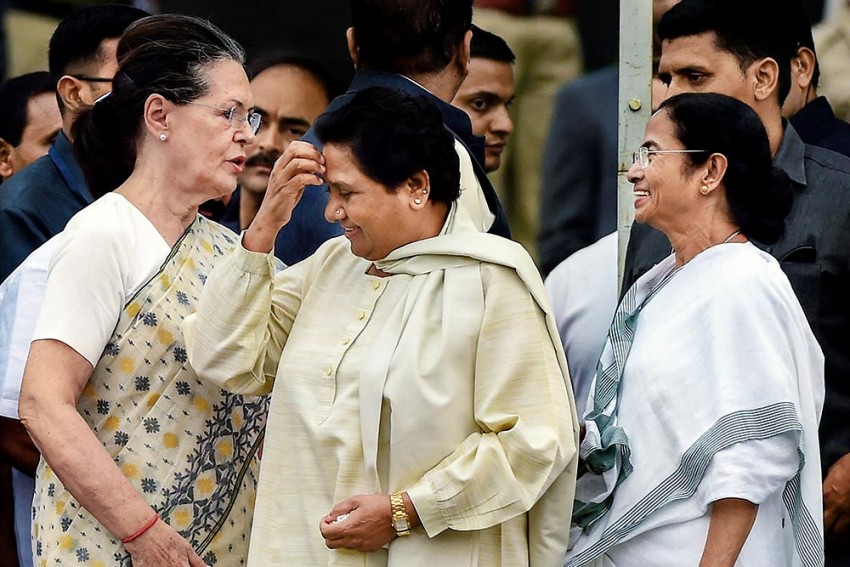 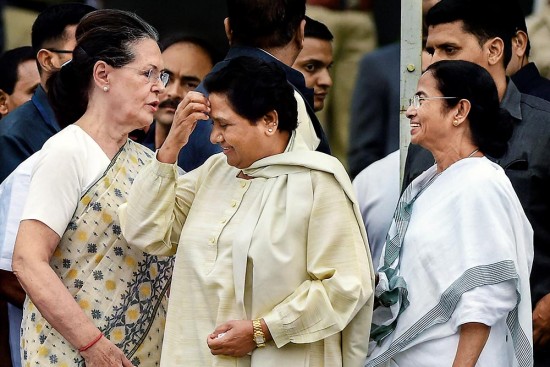 Remarkable changes are taking place in electoral politics in India. The NDA versus UPA kind of groupings have been around for a while, but a new polarisation is under way, which is along the lines of Modi versus the united opposition, or the BJP versus non-BJP parties. This is happening because many parties in the opposition at the national level as well as anti-BJP political groups at the state level see the BJP as a threat to their very existence for one or the other reason. The BJP is expanding in almost every state and intervening at every level from local bodies to Parliament.

The saffron party has, in fact, emerged to take over the kind of space only the Congress used to occupy earlier, comprising almost the entire field of electoral politics. No wonder the BJP’s mega-emergence is producing its counter-politics, bringing many local and regional groups closer to the Congress. Moreover, many local and  regional interests are compelling the reg­ional parties to join the anti-BJP mahagathbandhan (grand alliance). Disenchantment against the programmes, policies and governance of the BJP-led NDA government is also creating a canvas on which the coming together of the anti-­BJP opposition has been made possible.

The mahagathbandhan experiment emerged during the 2015 Bihar assembly election, gathered momentum with the alliances formed in the Phulpur and Gorakhpur bypolls this year in Uttar Pradesh, and was further reinforced in 14 recent bypolls (for 10 assembly and four parliamentary seats) across the country. Karnataka also saw anti-BJP parties come together after the assembly election to form a government led by H.D. Kumaraswamy of the Janata Dal (Secular). Leaders of many national and regional parties attended Kumaraswamy’s oath ceremony in a show of solidarity.

We are clearly seeing an ongoing process of the formation of a mahagathbandhan against the BJP for the forthcoming assembly elections as well as the 2019 general elections. In fact, in Madhya Pradesh, Chhattisgarh and Rajasthan, where assembly polls are due this year, the Congress is likely to ally with regional forces and parties like the Bahujan Samaj Party on a few seats where they have some presence. As the Congress is pereceived to be strong enough in these states to challenge the BJP on its own, these alliances would be more of a symbolic message in support of mahagathbandhan politics. There are also whispers of the grand old party trying to form an alliance with the Aam Aadmi Party for the Delhi and Haryana elections.

Many local ­interests are forcing the ­regional ­parties to join hands against the BJP.

The gathbandhan for 2019 may emerge in two ways. One is through all opposition parties supporting strong candidates on a seat-by-seat basis, and the other is the Mamata Banerjee formula—the entire opposition supporting the regional party that is stronger in the given state. The Mamata formula may be not acceptable to others because many parties have strong presence in the same state—for instance, both the CPI(M) and the Congress in West Bengal. However, seat-sharing among opposition parties in various states may be possible.

The formation of a mahagathbandhan against the BJP for 2019 is clearly on the cards then, but there are many challenges, too, that are quite visible in the process. Being an all-India party that still has presence across many Indian states, the Congress will emerge as the leading partner. So the political war of 2019 is likely to take place between such a mahagathbandhan and the BJP led by Narendra Modi and Amit Shah. All parties involved in the process have their own social base that brings them votes. These social bases too may come together and combine with each other through the maha­gathbandhan of the parties, building an impressive social alliance of castes and communities against the BJP’s strategy to form a broader Hindu alliance. This means the opposition will pose the reality of castes and the sense of reg­ional identity against the BJP, besides evoking the disillusionment against the BJP-led central government.

Recent elections have shown that defeating the BJP is ­possible if the opposition manages to avoid the division of non-BJP votes. The BJP, therefore, needs to formulate ­micro-strategies at the local and regional levels to counter the anti-BJP mobilisation. It also needs to disseminate information about the work its government is doing for the poor and other marginals. Despite the disenchantment with his government, PM Modi’s campaigning retains the power to draw votes into the BJP’s kitty. The 2019 election, then, seems primed to be shaped as Modi versus others, with his charisma on one side, and the new caste and social alliances on the other.