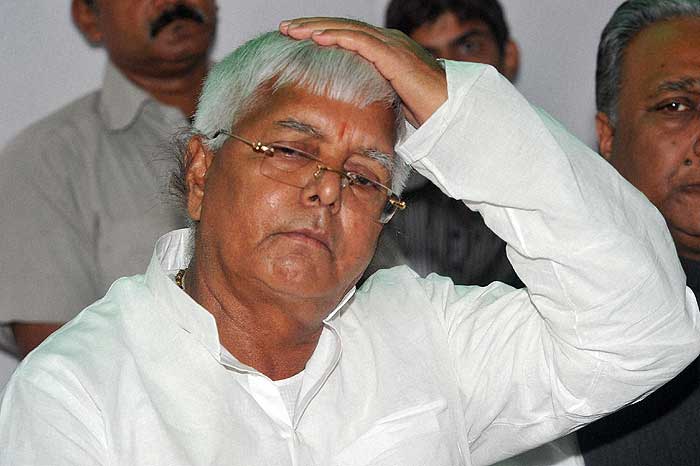 How do you write a political obituary for a man who is very much alive? Laloo Prasad Yadav has been rendered irrelevant in the very state that had for two decades been identified with the ruddy-cheeked politician. Although it is a mistake to ever write off a politician, in this case it does seem that Laloo will never recover or find a crack in the ‘method man’ approach of Nitish Kumar. Laloo’s sell-by date, it seems, is over.

One can only look back and remember the days when Laloo was a symbol of real social change, when he upset the equations of a state that till the 1990s had the most oppressive land distribution (a legacy of permanent settlement), and a caste order that kept the majority of the benighted under the whip of the landed upper castes. Bihar was also the cradle of all sorts of social justice movements, encompassing ideologies across the extremes of a very broad spectrum.

In all this, Laloo arrived as the great anarchist who created great chaos but certainly freed people from old shackles. There was no method to the madness; his politics was largely symbolic. In the early days, he was virulently anti-upper caste. The first time this correspondent met him on a hot summer day in 1994, the CM was in a vest and dhoti on a charpoy and he took great delight in making the high-caste officials in jackets wait on him, holding their files. He possibly saw that as social change; the whip was now in his hand and he wasn’t averse to cracking it.

After the fodder scam and the months spent in jail, Laloo changed and toned down such gestures and claimed to represent everybody—although he was convinced that the entire scam was hatched by the upper castes to get even with him. Always mindful of everyone’s caste and community identity, during an assembly election campaign, he once sighted this reporter, announced her name on stage (the identity factor, in this case, helped), and said, “These journalists have come all the way from Delhi to see Laloo Yadav.” For many years, the performance was top notch. But by 2005, the jokes began to fall flat as people tired of the rampant misgovernance of those scary times.

When this correspondent wrote a cover story saying Laloo is headed for defeat in 2005, he reacted with anger and invective. During the next meeting in Patna, he actually used the choicest unprintables and said, “These English-speaking types have no idea and write nonsense in Delhi.” As it happened,  he lost that election to Nitish Kumar, but quickly reinvented himself as the Union railway minister of UPA-1. At my next meeting with him, at a political dinner in Delhi, he apologised most charmingly. For sure, he had natural talent and warmth. But there was such limited application that, after democratising society, he led Bihar into a spiral of chaos—no infrastructure, lots of  violence. And his undoing certainly came at the hands of the ‘method man’. The quiet and determined Nitish built brick by brick, till a storm swept his rival away and Bihar entered a world with a new vocabulary—vikaas instead of jaat.

The Arrow Has A Point