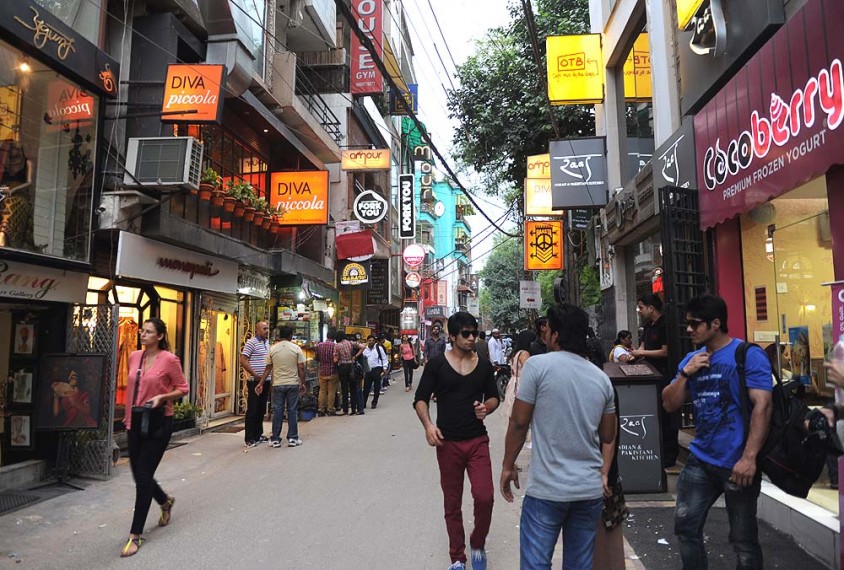 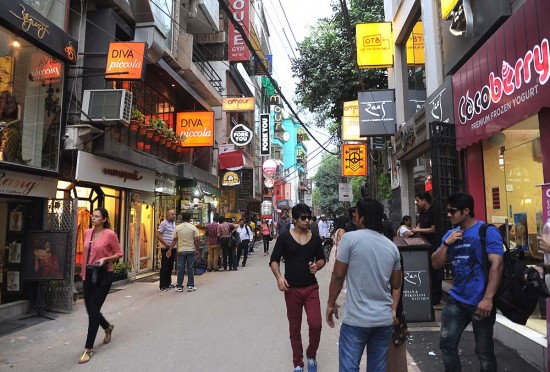 Surinder Kumar can remember the days when he ran through the unpaved streets of a gruff, laidback village and through a bustling bazaar with friends, racing past cowsheds and houses of the old model, where hookah-smoking patriarchs watched languorous afternoons roll by. “That was our way of life,” says the 50-year-old burly landlord, reminiscing about his childhood in the Jat-dominated, orthodox feudal village in Delhi. It was in the ’80s that the city started infiltrating its spaces in real earnest. In 1987, fashion designer Bina Ramani turned a cowshed into a modish designer boutique called Once Upon A Time, decorating it with mirrors and arches, stashing it with fancy designer apparel and inviting Delhi’s elite to sample ‘an alternative space’.

Over the next two decades, Hauz Khas Village, the nondescript urban hamlet folded beside Sultanate-era ruins, was transformed into a souk of chic, where couture retailers and desi­gners peddled their wares to artsy folk. Expats, restaurateurs and independent artists moved in next, finding in its copybook charm—a decidedly made-to-order vibe, part-affe­cted, part-aut­hentic—a diversion from expensive retail spaces like Conn­au­ght Place and Khan Market. “It was the first quirky, eccentric space in this largely bureaucratic city,” admits Arpita Das Ribeiro, owner of Yodakin, a bookstore stocked with alternative titles. It soon  became the ‘place to be’ for the hipster. Dining at the village’s niche eateries amidst colourful, idiosyncratic artwork and film posters became the new cool.

While the trend ‘to be seen there’ cau­ght on, more restaurants, design studios and galleries were set up. Quaint, meandering galis led to specialty cradles like Gunpowder, Kunzum Tra­vel Cafe and Tada, offering an eclectic choice of cuisine. And if you were one with a nose for the newer sounds of indie music, you had The Living Room (TLR). It was a pul­sating, designer-bohemian fairgro­und in the very heart of the capital till recently, when a newer set of circumstances   forced a change of character.

With a rash of new eateries, the village—where voguish cool sprang from, and was braided with, old-world idiosyncrasy—is losing its individuality, being infiltrated with the hard-nosed commercialism of a shopping centre. “It’s no longer the charming village it used to be,” admits Gurpreet Sidhu, the owner of People Tree, a store claiming to be a breeding ground of art, commerce and madness. “People driven by profits are wading into the village, leading to wanton commercialisation and chaos,” she rues. With a scramble among landlords to lease their properties to new restaurateurs willing to pay tri­ple the rent, many old-timers are being elbowed out. They recall how eve­ry­thing was once based on mutual trust. Gradually, leases began to be drawn for a few years. Now, terms have been reduced to a few months, but even that is no guarantee against being thr­own out. Arpita of Yodakin is contemplating a move to a quieter part of the village, where rents are reasonable. “Big brands like Smoke House Deli, Cafe Out of the Box and Amici have moved in. So smaller, cutting-edge entrepreneurs are suffering. The landlords are not bothered, they just want you to pay through your nose. There’s been a four-fold increase in rent,” she laments.

The litany of downed shutters is long, and climbing. The Ishan Khosla Designs moved a month ago to Shahpur Jat—ano­ther urban village hub for designers and smaller entrepreneurs. In a scramble for a piece of the golden rental pie, the tranquility of Hauz Khas  Village has been utterly compromised. “If landlords seek upwards of Rs 1 lakh for a measly 700 sq ft, charge Rs 5,000 per month for water and get more greedy after that, you ask yourself if it’s really worth it,” says Ishan. The landlords’ ‘take it or lose it’ policy forced Vandana to shut Aafreen last year. Others like TLR and Iron Curtain also fell through.

Frenetic construction riding the chic boom but which disregards municipality safety norms has turned the Hauz Khas into an urban nightmare. The roads are obscured by illegal businesses, the skyline tarnished by unplanned tenements and bundles of cable. Being in the vicinity of Firoz Shah Tughlak’s tomb and the Khilji-era madrassa complex, village buildings flout asi regulations, which prohibit construction within 100 metres of protected monuments. “Living here is chaotic. There is construction going on all the time. Residents can’t breathe easy. The magic of the village has gone,” says Raavi Chou, owner of Flipside Cafe and a resident for two years.

Hauz Khas Village’s reputation of being an epitome of cool has also triggered a dem­ographic change—rich kids with loud money are taking over cultural spaces, further demoralising sophisticate entrepreneurs and their discerning clients. Satish Warrier, owner of the popular restaurant Gunpowder, is thinking of shifting to a calmer spot in the vicinity. “Earlier, it was a place for artists, journalists and like-minded people to chill out. But now, you’ll find yuppies around. So a lot of young people and foreigners have moved out,” he says. Civic problems just make things worse. In summer, there’s no electricity half the day, and water supply is erratic. Most buildings don’t even have fire-safety licences. Cramped for space, visitors have to leave their cars near a temple and walk a kilometre, past an open sewer and a fetid garbage dump.

For villagers, it’s raining profits. As local councillor Shailendra Singh points out: “This is the right place to experiment with new ideas. If Hauz Khas has trans­fo­rmed into a food hub, it’s because we’re moving with the times”. And Siddharth Mathur’s Smoke House Deli couldn’t have opened at a better time. “We’ve a great property overlooking the ruins....  Footfalls have been great,” he enthuses.

Arpita, however, wants to continue her fight for alternative spaces in a city that has thrown in its lot with global capital-driven homogeneity. “It’s the tussle between the alternative and the routine everywhere. The city needs to think for itself.”