'Chandrayaan-1 Will Galvanise Us'

G. Madhavan Nair, chairman, ISRO, spoke to Outlook about his organisation's plans for missions to the moon and beyond. Excerpts: 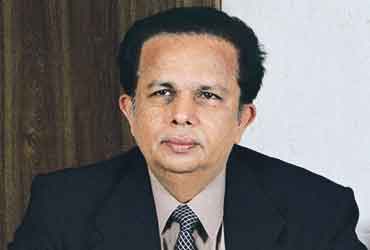 outlookindia.com
-0001-11-30T00:00:00+0553
What are ISRO’s plans to launch unmanned and manned probes to the moon?
Right from the beginning, we’ve made efforts to undertake scientific missions. We’ve flown Gamma Ray Burst detectors on our Rohini satellites during the ’80s and X-ray Astronomy Payload on board our Indian Remote Sensing satellite, PRS-P3, during the ’90s, besides establishing ground facilities for astronomical observations. Using the capability we’ve acquired in the past, we’re now embarking on our first scientific spacecraft mission to the moon, Chandrayaan-1. Besides galvanising our scientific community, this mission will provide the necessary challenge to our vast pool of engineers to develop new technologies. Chandrayaan-1 has been planned for 2007. As of now, we don’t plan a manned mission to the moon.

What are the implications of the US decision to renew space ties with India?
We welcome the US President’s statement for cooperation with India in the civilian space field. We would like to discuss with the US scientific community and explore possible areas for renewing our space ties. There’s a proposal to hold a meeting between the US and Indian scientific community and industry during the middle of this year where possible areas of cooperation in space will be discussed.

Does India have an edge, say in terms of cost of such interplanetary efforts or technological know-how?
India could be cost-competitive in building space hardware. We’ve already proved this through our INSAT and IRS satellites. This is mainly because of the high value addition involved in building the sophisticated hardware where our cost will be lower. So are our launch vehicles, the PSLV and the GSLV, which are at least 30 to 40 per cent cheaper than other launch vehicles of similar capabilities. We also have strength in software and analysis of scientific data.