Talk of a Champions Trophy boycott and calls for more money raged. Then, the CoA came, and with it, wisdom. 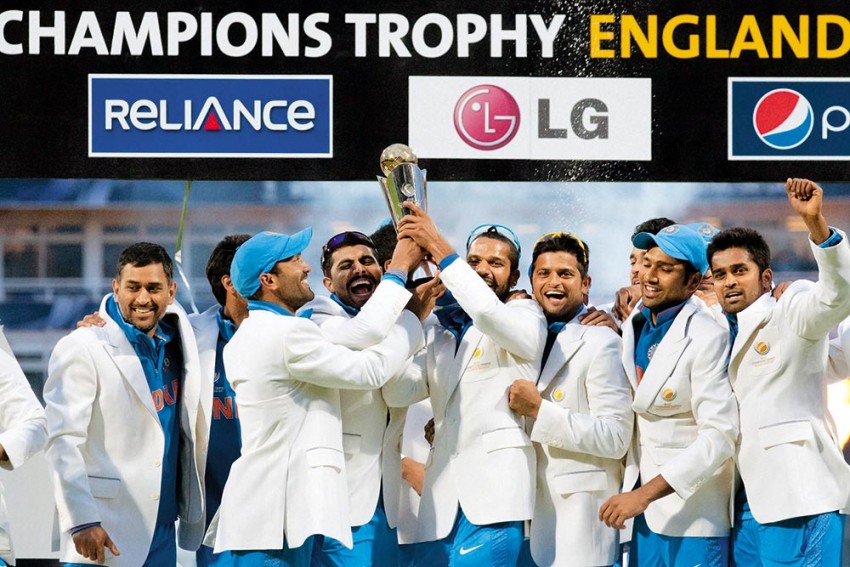 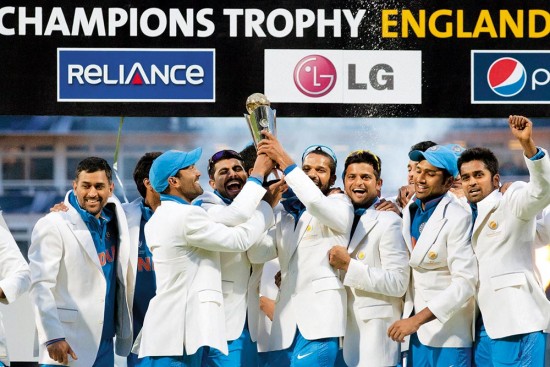 Millions of passionate Ind­­ian cricket fans must have despaired for a couple of weeks over the thought that they wouldn’t get to see the Ind­ian team def­end its Champions Trophy title next month in England. Some unknown BCCI officials had threatened to boycott the tournament, but those aware of their ‘posturing’ knew it was next to impossible. Nobody had the guts to take that unprecedented step, more so when the Supreme Court-appointed Committee of Administrators (CoA) is running the BCCI. Some Board officials who were planting these stories in the media—that India should boycott the Champions Trophy to “teach International Cricket Council (ICC) a lesson” for not giving the BCCI the justified lion’s share from its revenues— were nowhere to be seen when their game reached the tense death overs, so to speak.

With two deft strokes, Vinod Rai, heading the CoA, punctured the boycott calls. First he issued an open letter to BCCI office-bearers and state associati­ons that if they insisted on a boycott, he would approach the Supreme Court for redressal. Then, he met the associations and explained to them the pitfalls of shunning the tournament in protest. Everyone quickly fell in line; when a crucial special BCCI general body meeting was convened the next day, on May 7, to decide on India’s participation, nobody demurred. The house decided to resolve the issues through dialogue with the ICC. 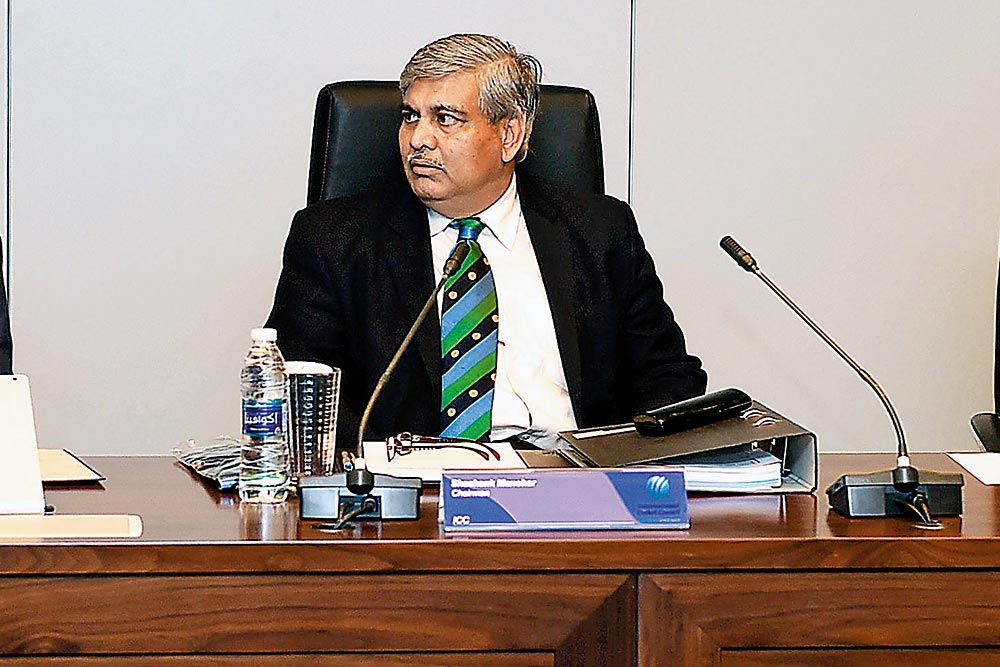 Photograph by Getty Images
Despite being an advocate of the BCCI’s right to the highest revenue share, the CoA feels the new model is a rational one.

Rai realised there was a huge communication gap between the associations and the BCCI vis-a-vis issues involving the ICC. “They were not very much in the picture about what was happening between the BCCI and the ICC; they didn’t have the perspective. I think they had not been sensitised about the issues the BCCI was taking up,” says Rai (See Speech Balloon, pg 62). The core issue was that of the share of its revenues the ICC distributes amongst member countries. As per a 2014 method of distribution, also known as the ‘Big Three’ model—initiated by India’s N. Srinivasan along with England and Australia—the BCCI was supposed to receive 20.3 per cent share ($570 million, based on India-based sponsors’ contribution to ICC revenues), England 4.4 per cent and Australia 2.7 per cent from the 2015-23 cycle. Other countries would get lesser shares. However, as Rai points out, the BCCI has not received a single dollar so far as per that model.

When Shashank Manohar took over as ICC’s first independent chairman in May last year, he, on requests from various countries, tried to introduce a new, more equitable model of revenue distribution. As per the new proposal, ICC offered the BCCI $293 million, plus $100 million extra as the last bid to settle the issue, but the latter refused and lost badly, by 9 to 1, in the ensuing vote at the ICC Board meeting on April 26. A sulking BCCI, adamant on getting $570 million, then threatened to pull out of the ICC members participation agreement (MPA), which meant India wouldn’t compete in any ICC tournament till 2023. It may have sounded reasonable to the proponents of the boycott, but in reality it was highly impossible, especially as the apex court was seized of the issue. Earlier, the BCCI had missed the April 25 deadline for submitting the team list with the ICC for the Champions Trophy, which India won under M.S. Dhoni’s captaincy in 2013. The team was eventually chosen on May 9.

Some BCCI office-bearers are said to be working on a gameplan devised by former ICC and BCCI president N. Srinivasan, barred by the SC from cricket administration on multiple counts. Even as office-bearers insist Srinivasan has no influence, the Chennai-based business tycoon’s involvement in BCCI affairs became apparent when he dramatically appeared through Skype and attended the May 7 BCCI special general meeting as president of the Tamil Nadu Cricket Association. Not that it made any difference to the outcome. But clearly, the ghost of Srinvasan from the affairs of BCCI has not been exorcised.

IPL Governing Council chairman Rajeev Shukla, who attended the meeting, concurred with Rai and admitted that the associations were in the dark over minute details of issues. “It’s true that many states were unaware of the nitty-gritty and nuances of the ICC governance model that was being changed,” says Shukla, a former secretary of the Uttar Pradesh Cricket Association. He, however, said that it was also the duty of state bodies to find that out because “all the papers are available”. Shukla points out that the BCCI was  heavily embroiled in litigation with various parties and it was best to avoid another one. “You [BCCI] should give enough space to ICC; you should renegotiate to try and resolve issues. You are fighting with the judiciary, challenging its judgements and orders, you are fighting with other institutions and if you also start fighting with the ICC, then how long will you keep fighting?” he asks.

The BCCI is currently locked in a spate of cases in different courts acr­oss India, with some tax issues going back as far as the 1996 World Cup that India, Pakistan and Sri Lanka hosted jointly. It has many cases pending in the Income Tax Appellate Tribunal, besides arbitration cases against several erstwhile BCCI sponsors and IPL franchises. Before the April vote on the new ICC model, Manohar met the CoA in a bid to resolve the issue amicably. Although there was no headway made, Vinod Rai emerged satisfied.

“I must say, to his [Manohar’s] credit, that he was very fair with us and did a lot of straight talking. The ICC Directors also have a viewpoint; they also have, if I can call it, a certain ego, and we keep bashing their ego all time. He put all that in perspective,” said Rai.

Despite being a vocal advocate of the BCCI’s right to get the biggest revenue share from the ICC, Rai feels the newly proposed model was rational. He says the ICC model not only presents Manohar’s views, but that of other countries too. “As Indians, it would appear to be unfair to us. But to a large extent, it is fair to other countries,” he says. One school of thought within the BCCI is that the Board should agree to whatever the ICC is offering and generate more income by organising additional bilateral or tri-series at home. This was originally put forth by former BCCI president, Jagmohan Dalmiya, in 2015 when the Champions League T20 was scrapped and the Board struggled to use the exclusive two-week window allotted to the tournament. According to Dalmiya’s proposal, about Rs. 1,100 crore could be generated by hosting eight additional matches in a five-year cycle. “This figure is arrived at even without considering the title and other sponsors, in-stadia rights, and ticket sales etc,” said an insider who didn’t want to be named.

This proposal was also discussed at the May 6 SGM. Rai says he was aware of it but wouldn’t like to comment just yet. “But you must realise one thing: we can’t be making our players play 300 days in a year; it’s not fair to make them play that long, just so that you can garner some revenue,” he says. And many agree with him as body fatigue and injuries have become all too common—almost half the team which played the Test series against Australia recently couldn’t participate at the start of the IPL due to various injuries. The issue of players getting injured frequently is being debated globally, especially with some more T20 leagues set to start in the next few years. The moral of this story is age-old: you can’t kill the goose that lays the golden egg.