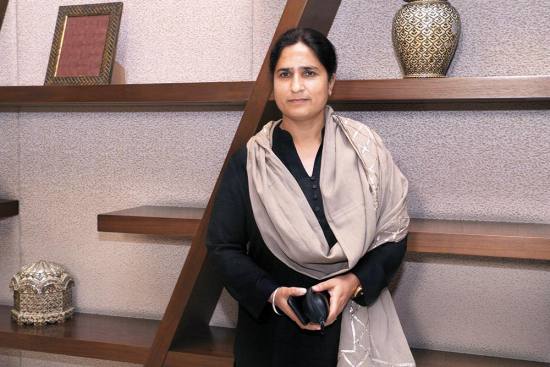 It was while watching a match of lawn tennis at Delhi’s Siri Fort sports complex last year that Ranjeet Ranjan’s eyes welled up. “I have never loved anything more than tennis,” said the MP from Supaul, Bihar. She had once dreamt of winning the Grand Slam. An avid tennis player since school, Ranjan would practise for ten hours every day. She went on to represent Bihar, and Punjab.

Her marriage to politician Rajesh Ranjan, better known as Pappu Yadav, changed the course of her life. She is serving a second term in Parliament as a member of the Congress party. She had earlier represented Saharsa (2004-09) as a member of the Lok Janshakti Party.

“My father’s support was fundamental in my success. My racquet would need to be restrung every 8-10 days and it would cost us Rs 185 every time. My father would often pay me secretly for it, without the knowledge of my mother,” she says.