Punjabi cinema takes the big leap, getting eyeballs and profits 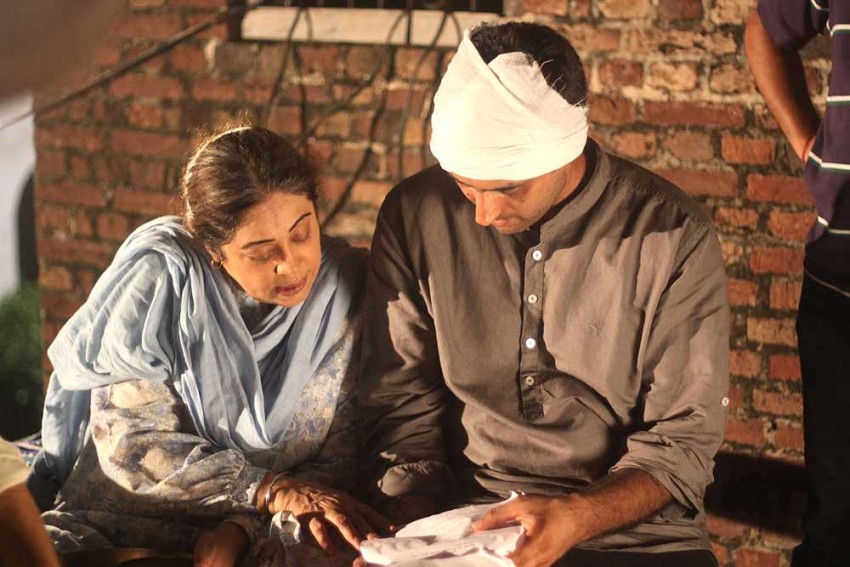 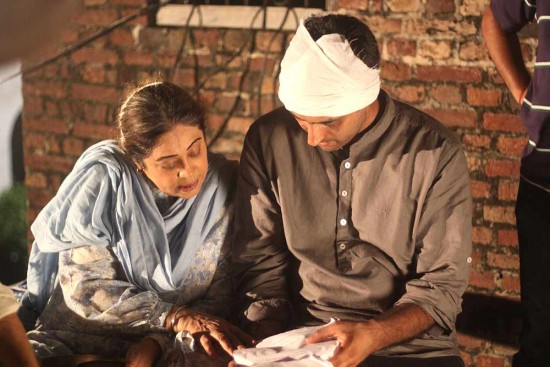 Some articles seem headed towards death even before they are suggested. So it could have been with this piece. The objections seemed reasonable: Why a story on Punjabi cinema? What’s there to them other than slapstick, bhangra and a ‘Jatt’ in every other title? But there’s another side to it. Isn’t it unusual for a film to draw a huge crowd for a weekday afternoon show in a suburban multiplex? Punjab 1984 did just that a few weeks ago. Released the same week as Hindi biggie Ek Villain, this small Punjabi film—set during Operation Bluestar and Punjab’s years of militancy—opened to almost 100 per cent occupancy in Punjab, registering double the takings of Ek Villain in the state. Last heard, it had grossed Rs 21 crore worldwide. On a cost-to-returns ratio, trade experts say this is equivalent to a Hindi film grossing Rs 150 crore. “It’s a subject people related to. There was an instant emotional connect,” says its director Anurag Singh. “The film looked at the human side of the tragedy, not the political conflict.” Kiron Kher, who plays a mother in the film, calls it her best work yet. “She (the character) was stoic, had a sense of humour and a generosity of spirit which helped her reach out to the audience.”

But beyond its individual appeal,  Punjab 1984 is a significant marker of the increasingly lucrative but not much recognised Punjabi film market: the number of Punjabi films being made, their budgets and the returns have all been on the rise. “There used to be only one film in six months, but the market has boomed,” says Pawan Gill, producer of Mundeyan Ton Bachke Rahin. “In 2012, there were just 4-5 A-grade Punjabi films. In 2013, it rose to 10-12 and in 2014 we have 20-22 lined up.” Sanjay Mehta, a Delhi-based distributor, says the bigger Punjabi films are getting as many as 28 shows and make it to the bigger screens at multiplexes in Punjabi-dominated pockets like Rajouri Gardens in west Delhi. And Shailesh Kapoor of Ormax Media desc­ribes the last two years’ growth of Punjabi films as “exponential”—the market extends beyond Punjab to Himachal, Haryana, Jammu, western UP, Uttarakhand, and of course the UK, US, Canada and Australia. 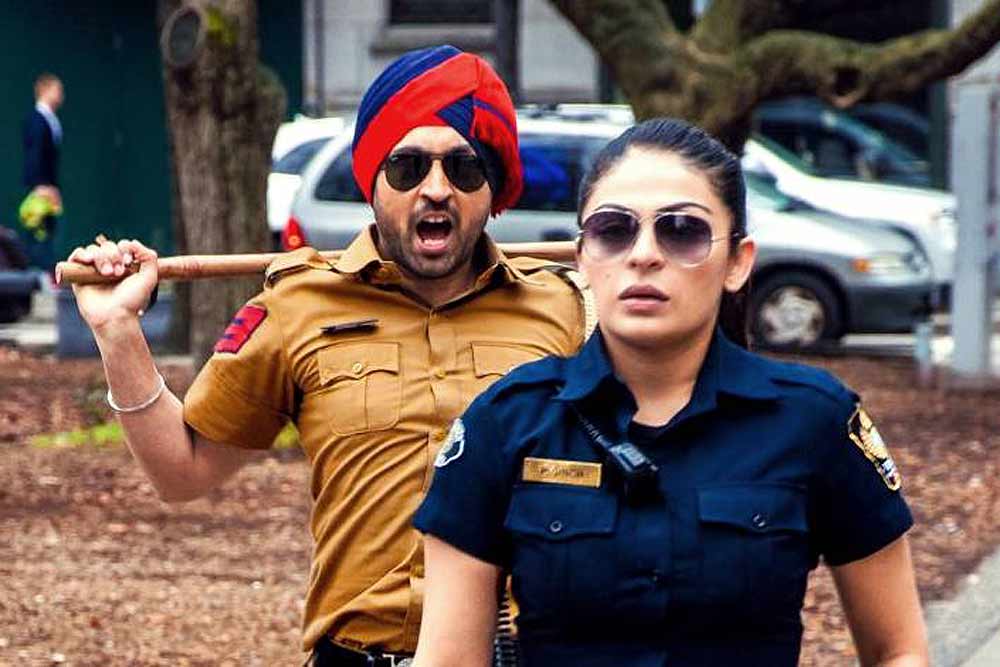 Punjabi cinema had been alive and kicking in 1950-60s, with Mehar Mittal as the big star. The award-winning Sutlej Ke Kanthe had Balraj Sahni in the lead. Nanak Naam Jahaaz Hai, with Prithviraj Kapoor and I.S. Johar, was the first blockbuster. Dara Singh dominated the 1970s, with films like Nanak Dukhiya Sab Sansar and Dukh Bhanjan Tera Naam raking it in. Bollywood stars like Dharmendra, Rajesh Khanna and Sunil Dutt often made special appearances. In fact, many a big Punjabi film was made by Dharmendra’s cousin Veerendra.

The decline began in the 1980s, and by the 1990s, Punjabi cinema was gasping, despite flashes-in-the-pan like Gurdas Mann’s Shaheed-e-Mohabbat Boota Singh and Jaspal Bhatti’s Mahaul Theek Hai. The game­changer came in 2002 when Manmohan Singh, who used to be Yash Chopra’s cinematographer, made his Punjabi directorial venture, Jee Aayan Nu. He brought a modicum of professionalism to Punjabi cinema—which started the ascent to last year’s peak. Now, a new crop of young filmmakers is leading from the front: Anurag Singh, Sameep Kang and Dheeraj Rattan to name a few.

Anurag is a one-man hit-machine of sorts, but brushes aside the compliment. “It’s all about hard work and our team has been lucky,” says Anurag, who grew up and studied in Amritsar and Jalandhar before going to Melbourne for a course in media arts. He started off assisting Bollywood director Raj Kanwer and even made a Hindi film—Raqeeb, which didn’t quite click. The offer to direct a Punjabi film, Yaar Annmulle, came in 2011. The next year, he delivered Jatt & Juliet—the biggest Punjabi blockbuster yet, the spot towards which Punjab 1984 is inching. Budgets for his films doubled after Jatt & Juliet. 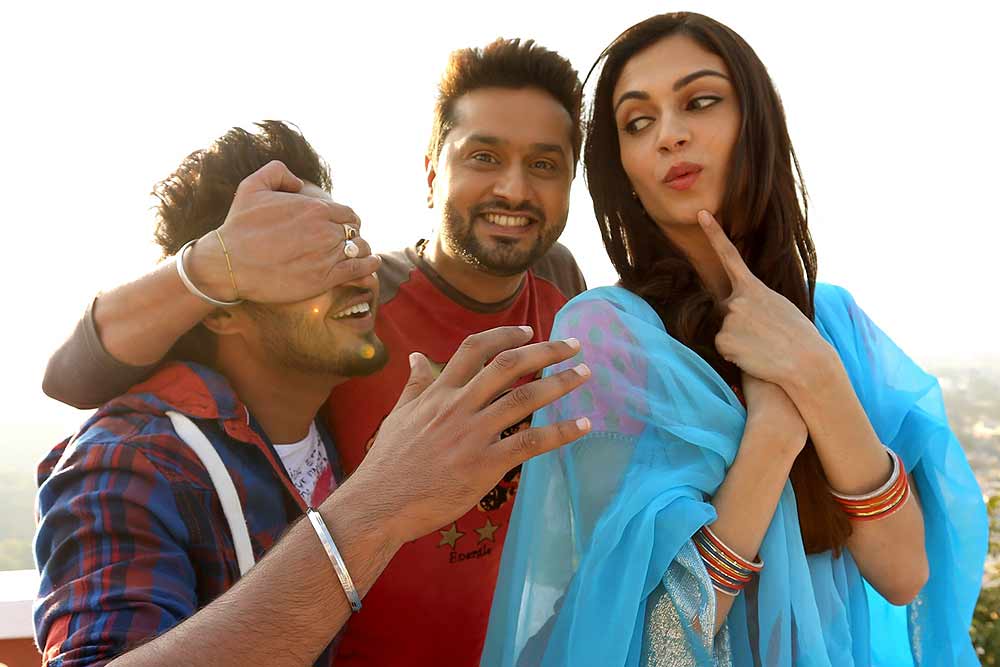 Now, even Bollywood is listening. Many Bollywood stars are seeking out roles in Punjabi films for the quick buck. Jimmy Shergill is a regular, with hits like Mel Karade Rabba and Munde UK De. Mahie Gill has acted in one, as has Zarine Khan, one of Sal­man Khan’s Katrina Kaif-lookalike leading ladies. Kiron Kher says she turned to Punjabi films for doing “something meaningful”.

The industry is consolidating itself, but there’s still a long way to go. Unlike Bollywood, based in Mumbai, the Punjabi cinema industry is not confined to one city but is spread across the state. The technicians usually come from Mumbai but the actors are from Punjab, most of them singing stars, like Diljit Dosanjh and Gippy Grewal. Post-production work is done in Mumbai studios.

But it’s not as if all Punjabi films are doing well: as in Bollywood, 80 per cent of films fall by the wayside. Content is often tepid. “They are still stuck in 1980-90s kind of bad Hindi cinema,” says Mehta. But in the midst of this mediocrity, Punjab 1984 stands out as a marked improvement. In fact, there are very few critically acclaimed Punjabi movies—Chann Pardesi and Marhi Da Deeva of the 1980s, and Anhey Ghode Da Daan of the arthouse circuit. Anup Singh’s Qissa, an international co-production, has also won acc­laim as a niche film. But coming back to Punjab 1984, it seems to find the balance—good story-telling, aesthetics, and sound business sense—that Punjabi cinema might well achieve in the near future. “A new shift is about to happen. More interesting subjects will now be explored,” says Anurag Singhs. Perhaps then, people will look beyond the jokes, bhangra and the ubiquitious Jatt.