Nehru cost India 50 years of growth. His legacy is a petty dynasty. 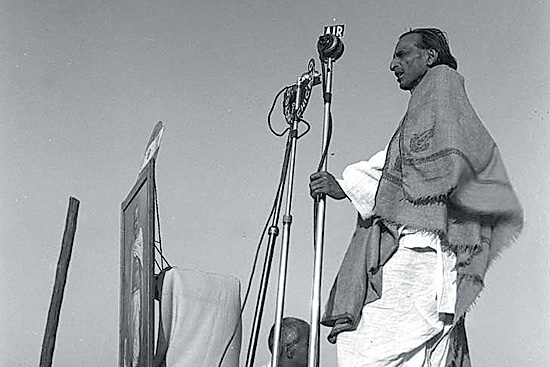 Isn’t it time we got over our nostalgia for a Nehruvian golden age, when India was being steered towards some utopian promised land? The reality of the Nehru era was very different. Jawaharlal was a deeply flawed leader, who allowed little talent to rise in his own shadow; his foreign policy ended in disaster, and he imposed the stifling permit-licence raj we’re still struggling to dismantle.

Some people say he deserves credit for preserving our parliamentary democracy. But surely, even more credit for that should go to opposition stalwarts like Acharya Kripalani, Ram Manohar Lohia and Minoo Masani, who dared to challenge the one-party state over which Nehru happily presided for over a decade.

It’s fashionable to blame Indira Gandhi for the dynastic dregs with whom the Congress is still saddled. But much earlier than that, Motilal Nehru as Congress president in 1930 canvassed for his son Jawaharlal to succeed him. Mahatma Gandhi, dazzled by Nehru junior’s aristocratic good looks, Cambridge education and personal charisma, gave his blessings. Jawaharlal rode into the Lahore Congress session on a white charger, proclaimed the new goal of Indian independence and was even hailed by the more credulous as an avatar of Vishnu.

Nehru’s arrogance as Congress leader and his reluctance to share power largely contributed to the alienation of Jinnah and his demand for Pakistan. His uncritical admiration for Stalin’s Russia, condoning the horrors of the Moscow purges, further estranged him from senior Congressmen like Jayaprakash Narayan and my father, Minoo Masani. Nehru’s Soviet sympathies led him in the 1950s to condone both the Russian invasion of Hungary and the Chinese suppression of Tibetan autonomy. His pro-Soviet brand of non-alignment allowed him to strut about on the world stage, but it achieved nothing tangible for India, while alienating potential western allies.

Worse still was Nehru’s attachment to personal cronies like his notoriously inept, communist-leaning defence min­­­ister, Krishna Menon, who shares with him the blame for the ignominy of the 1962 Sino-Indian War. Jawaharlal famously said to J.R.D. Tata, who was resisting the nationalisation of Air India, “Do not speak to me of profit! It’s a dirty word!” But while squeezing India’s private sector, Nehru tur­ned a blind eye to the illegal profits raked in by his more corrupt lieutenants. The centrally planned state capitalism he imposed on the economy was not only inefficient but inherently corrupt. It was symbolised by huge, loss-making steel plants, the famous white elephants of Nehruvian planning, sub­sidised by the taxpayer and bled dry by a new class of state technocrats.

The Chinese debacle left Nehru’s foreign policy in tatters, while his economic policies resulted in food shortages, ind­ustrial stagnation, a huge budget deficit and an increase in the poverty they were supposed to eradicate. One of the results was the rise of India’s first secular, free market, pro-western party, Swatantra, as the main opposition in Parliament, led by former Congress stalwarts like C. Rajagopalachari and Mas­ani. Many in Congress itself sympathised with them and were ready to assert themselves. They had reckoned without the wiles of a left-wing clique around the failing prime minister, who had decided to use his daughter Indira as their figurehead. Though never as blatant as the political dynasts of today, Nehru had succumbed to the temptation to promote his relations. His sister Vijayalakshmi  Pandit and two of his nephews held plum diplomatic postings. His daughter had become his housekeeper and chief of staff, controlling all access to his inner circle. Nehru had even pulled strings behind the scenes to enable her to become Congress president in 1959, a clear signal that she had her sights set on the top job.

Good luck, shrewd political manoeuvring and her faith in the divine right of Nehrus enabled Indira to step into her father’s shoes after the brief Shastri interregnum. Since then, the Nehru personality cult has been vigorously propagated by his dynastic heirs. Now that they have been booted out, it’s time to acknowledge that Nehru cost India half a century of economic growth and left behind as his main legacy a dynasty of petty mediocrities.

(Zareer Masani is a biographer of Indira Gandhi and Lord Macaulay)

Why Do They Say That Modi Hates Nehru?