It’s been a short century—still in its teens. But India already has a gallery of epoch-makers. 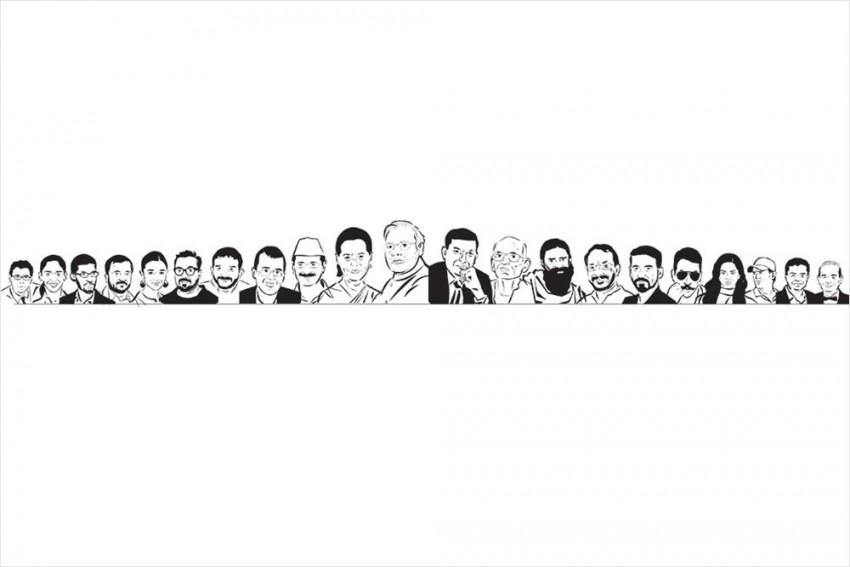 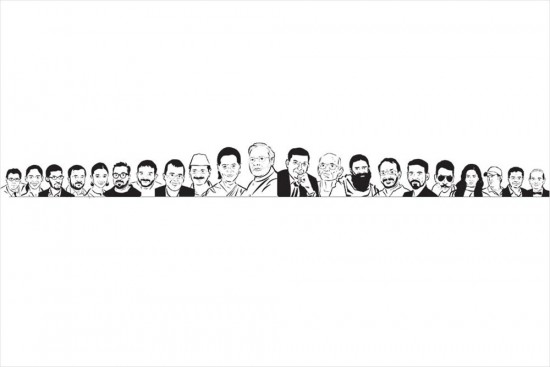 India turns 71 next week and festivities tinged with a nationalistic fervour are around the corner. Given the likely turn in collective mood, even we at Outlook decided to take a break this week from our usual staple of reporting blood, gore, mayhem, distress and deprivation to join in the celebrations.

Deciding on a magazine cover is both a challenging and cumbersome task. After animated discussions and heated debates over this Indepen­dence Day special issue, we decided to encapsulate what ­defines the underlying spirit of India: of human excellence that ­flourishes against odds and the ugly depravity that swamps us at times despite the opportunities this proud republic has to offer.

To make it even more interesting, we zeroed in on 21 individuals who have made a lasting impression on this country—for both good and bad—so far in the 21st century. So, what you now have are profiles, laudatory in some cases and critical in a few, of those individuals who we believe have left noteworthy imprints. They include 20 icons and, significantly, one con. To add another twist to our tale, we got 21 equally important personalities to write on the 21 individuals we chose.

Though the choices we made are not scientific, I believe they will stand the test of scrutiny. Few, after all, can disagree that Prime Minister Narendra Modi, ­irrespective of the passions he stokes in rival camps, has been one politician who has simply dwarfed others in recent times. Or, that Sonia Gandhi, the matriarch of the Congress, has been a powerhouse of political influence despite her quiet demeanour. Our experiment to get other influencers to write on the influential gives our issue a special edge. It was a rare privilege, in fact, which also allowed us to breathe a bit easy. After all, when a celebrated writer such as Shashi Tharoor writes on Sonia Gandhi or best-selling author Durjoy Datta writes on peer Chetan Bhagat, our job gets easier. There was little or nothing to edit, chop and change.

The outcome has been satisfying and insightful. Who better to write on Saina Nehwal than her coach and mentor Pullela Gopichand? In his piece, Gopichand reveals there could be more talented players in the country, but where Nehwal outstrips everyone else is her deep reservoir of grit and determination. They could be in competition to win the hearts and minds of readers, but Durjoy candidly admits in his column that Bhagat’s celebrity status opened the doors for many aspiring writers like him.

These columns give us rare insights. Actor Manoj Bajpayee argues that filmmaker Anurag Kashyap is possibly a better scriptwriter than director. Former Indian pacer Ashish Nehra makes a case for cricketer Mahendra Singh Dhoni to be placed on the same adulatory pedestal as the sport’s awe-inspiring gen­ius, Sachin Ramesh Tendulkar.

That Sharmila Tagore has written on Bollywood diva Alia Bhatt is itself news. The elegant actress of yesteryears has made it all the more newsy, acknowledging that Alia has impressed everyone with her repertoire in a remarkably short time. New-age spiritual guru Sadhguru writing on Baba Ramdev is no less significant. Sadhguru argues that Ramdev, possibly more known than him and with a larger fan following, is a true original despite his many faults.

Other notables have also been equally forthcoming. Palash Sen, a practising doctor and lead singer of the band Euphoria, has opened his heart and dissected the true worth of fellow doctor, author and philosopher Atul ­Gawande. Vikas Bahl, the director of Queen and maker of a forthcoming bio­pic on Anand Kumar, founder of the Super 30 coaching centre that routinely propels students to pursue their IIT dream, has shone light on Kumar in a manner that no one else possibly could.

But since the good becomes great only in comparison to the bad, one suspected conman has made it to our list, with investigative journalist Aniruddha Bahal decoding how Nirav Modi defrauded banks to the tune of Rs 11,400 crore. Good or bad, the pen-portraits of our 21 game-changers have important lessons for us. So happy reading and Happy Independence Day!