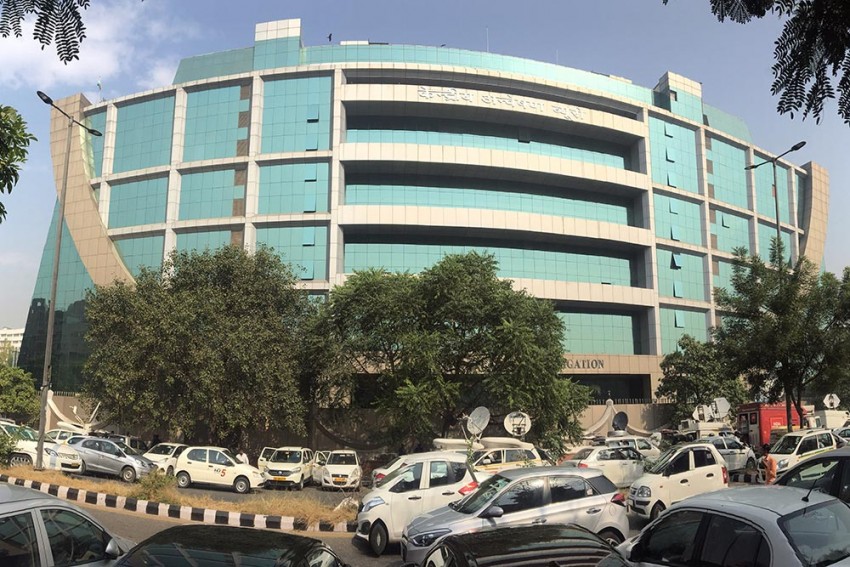 We have known for quite a while that all’s not well with the CBI. Our intrepid media has let the world know of the strife bet­ween the top two officials of the agency. Nobody, not even its ardent detractors, had expected things to get this murky. A case has been lodged against the CBI’s No. 2, who, in turn, has sent complaints alleging malpractices by his boss to the Central Vigilance Commission and the PMO. The government could have nipped the problem in the bud, but allowed it to fester. Now the warring chieftains have been sent on leave, and the Supreme Court shall decide whether the director’s removal is ultra vires or not. Can you believe that the offices of the top two have been sealed? This is undoubtedly the lowest point in the CBI’s history, a nadir it would take years to recover from. There has already been a search and an arrest, and no one knows which way the wind shall blow in the days ahead. Given the toxic atm­­osphere of internecine warfare, matters could get even more sordid. What is baffling is why the two seniormost IPS officers could not sit together and resolve their differences right in the beginning. If they couldn’t do it, why couldn’t the government step in and save the law enforcement agency from sliding into this calamitous situation?

These tragic developments notwithstanding, the CBI has been India’s premier investigation agency since its inception. When the state Crime Branch and CID failed to deliver on a case, state governments would transfer the case to the CBI. If a court felt a case had been shoddily investigated, it would order its transfer to the CBI. When malfeasance of huge amounts of public money such as the Harshad Mehta case, the UTI scam, the Telgi stamp paper case and, more recently, the Punjab National Bank fraud came to light, the country would turn to the CBI. And the agency mostly did not belie the country’s faith in it.

Until 2008, when the National Investigation Agency (NIA) was created, the CBI had successfully investigated high-­profile terrorism cases such as the Purulia arms drop, Rajiv Gandhi’s assassination and the Mumbai bomb blasts of 1993. The agency had also conducted some amazing trans-border operations involving terrorism and the underworld, arresting people like Aftab Ansari, members of the Memon family and Abu Salem. But, most importantly, the CBI has been best known for anti-corruption work—its raison d’etre. It has long been regarded as the anti-­corruption watchdog of the country that brings the high and mighty to account. Powerful politicians like Shibu Soren and Laloo Prasad Yadav, and top bureaucrats like B.P. Singh (then chairman of the Central Board of Excise and Customs), have been arrested and tried by the agency.

Which court or state would want to transfer cases to an agency whose No. 1 and No. 2 are at each other’s throats?

With this kind of track record in every sphere of crime investigation, the CBI has over the years studiously built an image for itself in sync with its shibboleth of industry, impartiality and integrity. It was this image of the agency that sent shivers down the spines of the corrupt, white-collar criminals and even terrorists. No wonder that after the CBI arrested Yaqub Memon, in an interview with a newsmagazine, notorious don Dawood Ibrahim said, “They (the CBI) have reduced me to a mouse. I am trapped and cannot move around freely.”

With today’s infighting—in which its No. 1 and No. 2 are at each other’s throats—India’s premier investigation agency has suffered an irretrievable loss of face and image. It will take years, if not decades, for the agency to regain its mystique and aura in the scheme of things. Where the No. 1 wants the No. 2 to be arrested, and No. 2 makes allegations of corruption against No. 1, which court or which state government would want to transfer cases to the CBI? Which poor person, who has little faith in the local police, would want to get her case transferred to the CBI when its Nos. 1 & 2 are busy settling scores? Who among the corrupt would be afraid of such a CBI? Willy nilly, the agency has been reduced to a laughing stock before the world—quite a drop from its erstwhile image of an incorruptible and competent investigative agency the entire country could trust.

The rot that has manifested itself today had actually set in nearly two decades ago when successive governments began to give merit a go by in the selection of the CBI’s directors. Officers who would do the government’s bidding in going after its political opponents without raising an eyebrow were preferred to meritorious officers and good leaders of men. This happened in almost all selections of directors. Gradually the agency lost its bearing, cohesiveness and its ability to live up to its good name. What we see today is perhaps the culmination of a long process of decline and decay that set in years ago.

The solution is to take drastic steps to purge the agency of scheming elements, and to select officers of proven ability and leadership qualities in order to set the agency on a path that would eventually take it back to its glorious yesteryears.

(The writer is a former CBI director)