Dubai in a mundu...Kochi-by-the-sea has got the splurge bug real bad 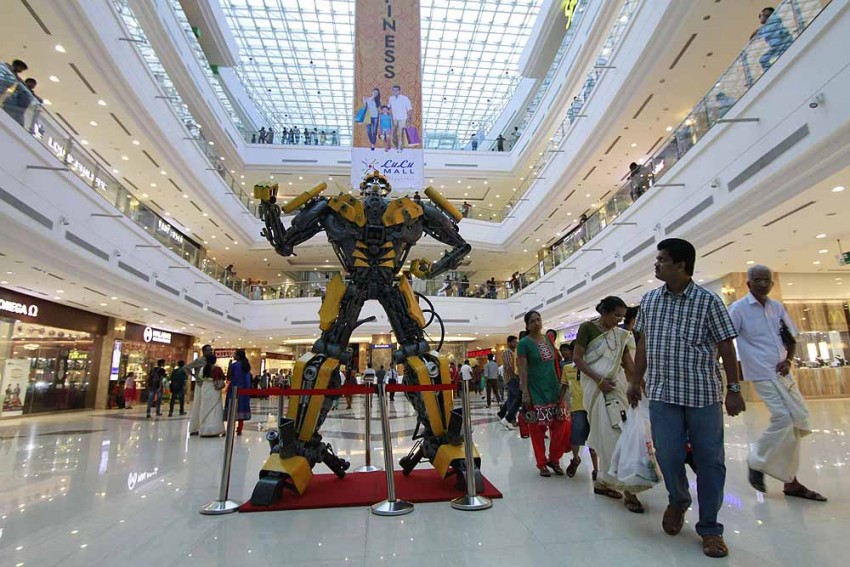 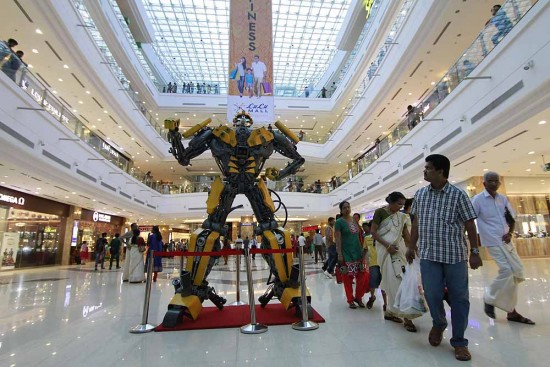 The Gulf’s lunar hold on Kerala has been long and defining but Kochi’s race to become a “second Dubai” is sending the Malayali, ever chary despite his wanderlust, into a tizzy. The gold souks were always there but the cityscape is suddenly all-new: the once-quaint little coastal city is chock-a-block with hypermalls, fancy cars and designer boutiques. Its main artery, the MG Road, is crammed with ever more jewellery shops—as if gold can be panned right out of the Arabian Sea. And the parallel highway is hemmed in, even visually, by gigantic car showrooms, five-star hotels, fancy hospitals and what have you. These two lifelines culminate in that ultimate orgy of retailism, the Lulu Mall, touted as the “biggest” and fanciest mall in India.

As is the wont in Kerala, this obsessive consumerist behaviour has attracted its share of caustic comments from soc­­ial scientists who fear it’s causing a “cultural erosion” and “intellectual pov­erty”. One abiding symptom is the regularity with which get-rich-quick sch­­emes are repo­r­ted in the city—and the citizen’s seemin­gly infinite credulity when it comes to these. N. Ajith Kumar, director at the Centre for Socio-Economic and Envir­o­n­­­mental Stu­­­dies, says Kochi has always been skittish that way. “The city’s cons­umption has always exceeded its inc­ome levels. The­re’s been a rise, but income levels are still not on par with other metros. What this breed of afflue­nce has done is drastically escalate land prices and cost of living. It’s evolving into a city of the upper classes...vulnerable gro­ups will soon be dispelled to the suburbs.” 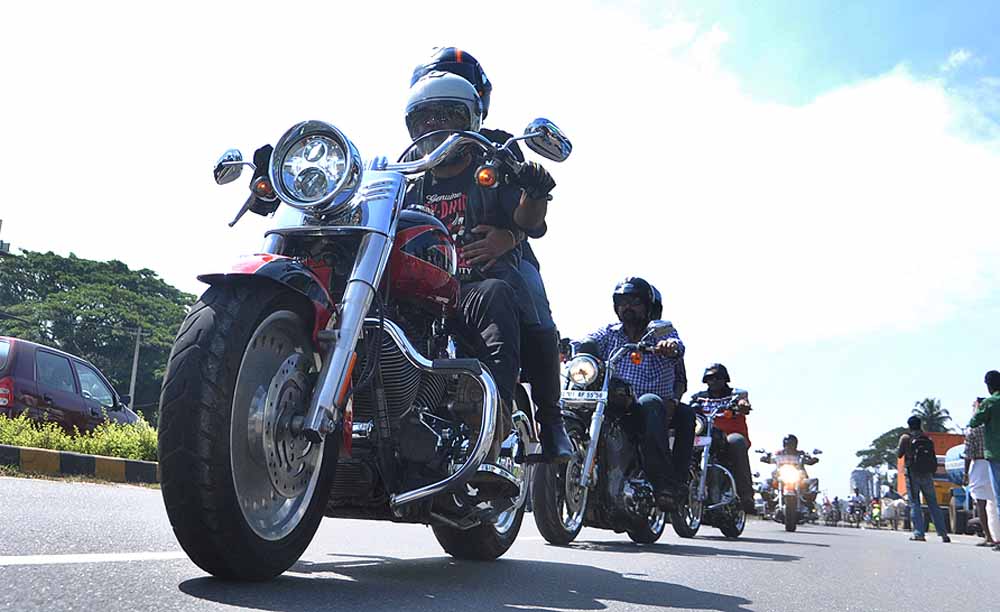 The Kochi HOG club out on a ride. (Photograph by A.S. Satheesh)

The city’s soul, meanwhile, has mig­rated to the 25 lakh square feet Lulu Mall, which gets one lakh footfalls during wee­kends with people from the far ends of Kerala even hiring buses for ‘group tours’ to see this pleasure dome with its endless caverns of branded delights. And if you are through with Lulu, there are a half dozen other malls to whet the appetite of the compulsive shopaholic!

In the parking, you can be forgiven if you think you have suddenly “crossed the seven seas to America”. Jaguars and Toyota Landcruisers brush up against Harley Davidson motorcycles as they rev up at the entrance. (Auto analysts say around 15 Jaguars and 10 Harleys are sold every month in the state). Nippon Toyota, whose Kochi showroom boasts a space of four lakh square feet, sells on an average 800 cars per month (again, state figures). The fact that Kochi’s narrow, massively potholed roads can hardly support this burgeoning vehicular mess is another story. Everyone just wants a bigger, flashier car than their neighbour.

However, what tops this list of Koch­i­ite’s obsessions is the mobile phone.  Penta Menaka, a mall in the heart of the city, is an exclusive handphone hub with some 100-odd mobile phone shops under one roof. At a conservative estimate, they sell around 800-1,000 handsets everyday. Vendors here boast that a week after a US product launch, it’s ava­i­lable here in the grey market. “Some people change handsets every month here.  About 20 per cent of our customers buy exp­ensive gadgets just for show...not for any real use. Students also form a big part of our clients list,” says Ziyad Moh­ammed of Tokyo Shop in the mall.

“The first victim of this crass materialism is the language. They all speak a hybrid tongue, neither Malayalam nor English.”

Kochi has also seen a ‘Persian’ cultural invasion, with Arab food, belly dancing and the swirl of the skirts of the Egyptian Tanoura. This Egyptian dance form and Arabic coffee is all the rage at gala weddings nowadays. Playwright and theatre activist T.M. Abraham weighs in, “Unlike the other metros, Kochi’s leap into the big league as a high-end retail market was not gradual but sudden. The impact can be seen on the youth. Today’s generation is obsessed with money and also ever eager to spend it. They have little interest in books, theatre and the arts. The first victim of this crass materialism has been the language. They all speak in this hybrid tongue, which fits in neither with Malayalam nor English.”

Rajan Chedambath, director of the Centre for Heritage, Environment and Development, says, “Kochi has always been a cosmopolitan city, interacting with traders and foreigners from ancient times and our art, dance forms and architecture evolved from that interaction. But what you see now is a paradigm shift to the ‘Dubai culture’. It’s a development dilemma too. Money has become the basis for everything. Even education has no value unless it brings in money.” 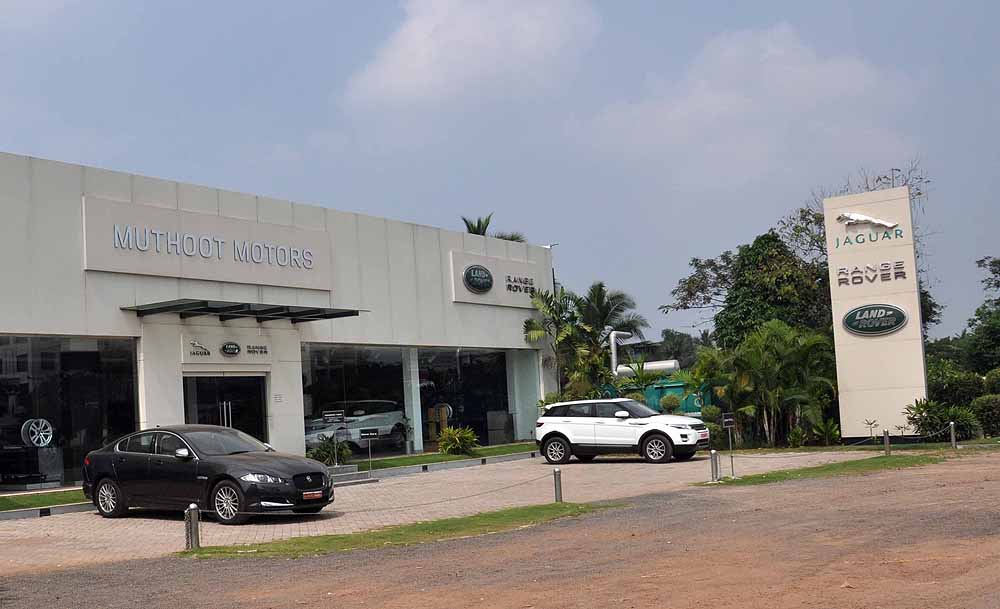 In the jumbled mess of this consumerist rush hour, one nasty element is the financial scams. As a senior city police officer says, “It almost seems like the Kochi native is wai­ting to be duped. There is a certain gullibility that cannot be comprehended. When the educated fall for these scams, one can only sum it up as pure greed.” It’s not a hamless evil. The economic loss runs into crores. Some 6-7 cases each month are cyber-related, arising from e-mails and smses.

Interestingly, the scamsters seem to have studied the nature of the Malayalis well—the educated from the higher inc­ome groups are targets for the e-mail scams while the lower-income group fall for the SMS scams. Last year, a man in Eloor, Kochi, parted with nearly Rs 3 crore in savings and property to a Mumbai-based scamster. He was lured by e-mails and kept on depleting his savings waiting for the big money he was promised.

Perhaps the gullibility of Kochiites also has to do with their not being as savvy as their counterparts in the other metros. Take, for instance, the case of Binesh the painter. Being unwell, he decided to give up his trade and start a grocery shop. He had virtually just set up shop when this eternal parable plays out: a man steps out of a Maruti car and introduces himself as a supplier of bakery items. He gives Binesh Rs 2,000 worth of swe­etmeats and goodies and promises him more. Having sampled the goods, Binesh parts with Rs 25,000 for more sup­plies. The man vanishes into thin air. This kind of conjuring trickster thrives in Kochi—real estate firms like Apple-A-Day and money chain scheme companies mop up big money and then simply disappear.

Psychiatrist C.J. John puts it succin­ctly, “The high literacy just doesn’t seem to correlate with economic intelligence. The crooks and scamsters tap the greed culture that has ensnared the city. Kochi is the only city where not only crooks but even the government markets their sch­emes and ideas thr­o­ugh hype. If eno­ugh hype is created, Kochiites will rush in to buy anything. The bigger paradox: most of these schemes are adv­ertised in the big newspapers.” At least, in some final auditing, they’ll still say that literacy has some uses.