Dravidian politics was universal, at least in theory. The Thevar rise changes the grammar. 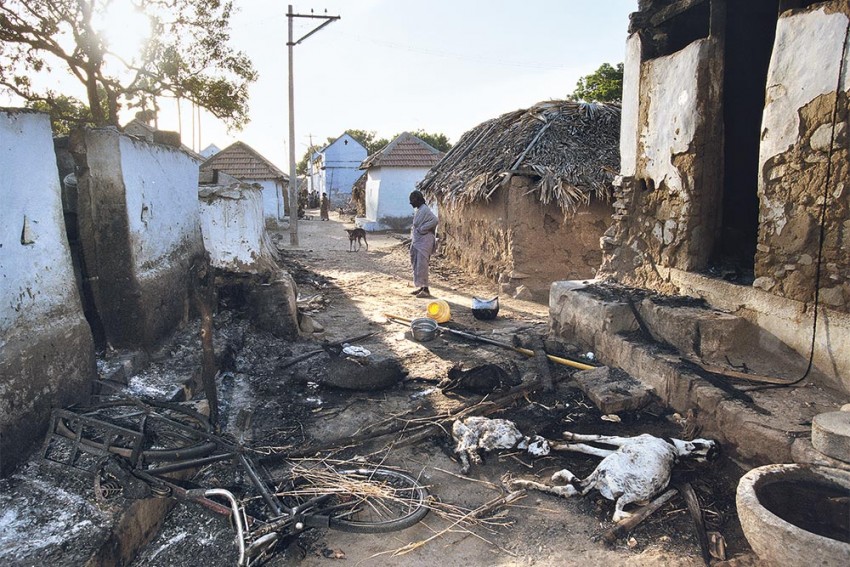 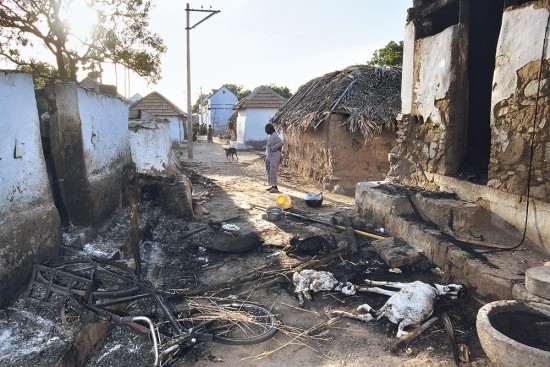 On the face of it, everything appeared smo­oth after the passing away of J. Jayalalitha. There was grief but no viole­nce, of the sort seen after AIADMK founder M.G. Ramach­andran died in Dece­mber 1987—and almost expected as an ingr­ained reflex. The power transition went off without any visible friction. Jayalalitha was dead at around 11:30 pm on December 5; the new ministry led by O. Panneersel­vam took charge by 1:30 am on December 6. Theories around the secrecy and mystery surrounding Jayalalitha’s death did make the rounds later, but appreciation was pouring in from all quarters for the state administration for ‘handling it well’.

But that’s on the surface. In reality, with Jayalalitha’s exit, Tamil Nadu may have inadverten­tly emb­a­rked on its biggest political experiment yet—and it could mean a huge, historical shift in the state’s political character. Panneerselvam would not just be the first Thevar chief minister of the state since indepe­ndence or perhaps even before, he would also be the first CM from any powerful, numerically dominant caste. If you make an exception of K. Kamaraj, that is. But the fact that he was from the Congress and eme­rged as a leader in the backdrop of India’s freedom struggle played a greater role in Kamaraj’s ascension as chief minister than his (Nadar) caste identity. How successful Panneerselvam personally will be in his tenure is another matter: his really enduring legacy may well be this fact, a dubious one in relation to the pan-Tamil idea of the Dravidian legacy, and something that promises to open a Pandora’s box. 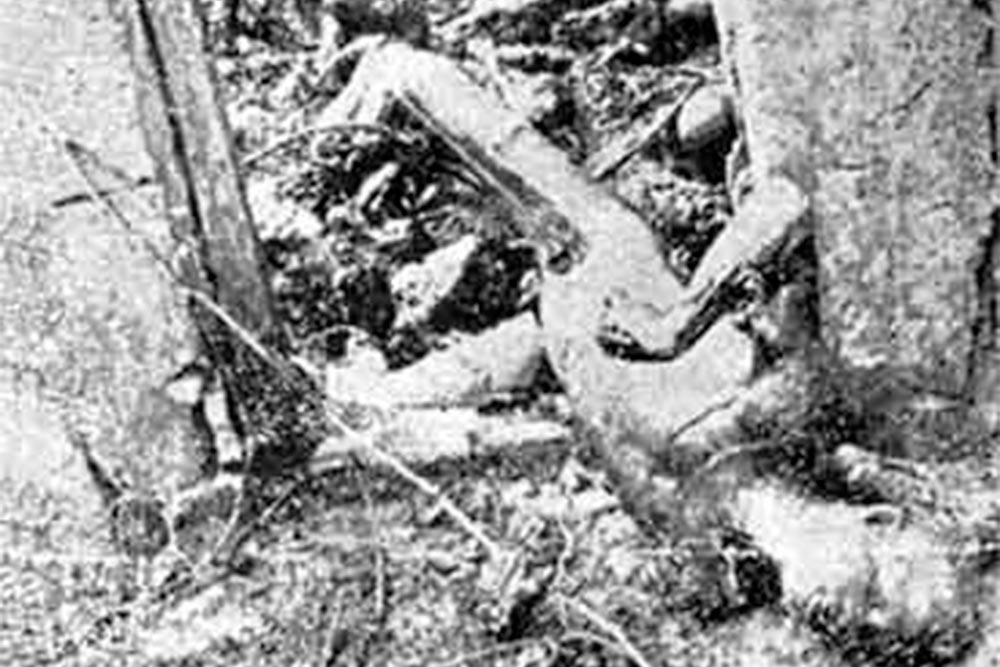 The 1968 Kilvenmani killings stand as reminders.

The paradox that Tamil Nadu is perhaps finds its best expression in its caste politics. Many parties, inc­luding the Dravidian majors, did pick candidates from castes dominant in respective Lok Sabha and assembly constituencies, but the leaders were always from among numerical minorities, with no caste-based power base. MGR, arguably Tamil Nadu’s most popular leader, was a Kerala-origin Menon. DMK patriarch M. Karunanidhi is an Isai Vellalar, a minuscule caste associated with the perfo­rming arts. And Jayalalitha was a Brahmin, a Mysore Iyengar. Even if in a flawed way, they ruled in the name of an umb­rella Dravidian identity. Caste was present, but not with the direct correlation of, say, a Mulayam Yadav to a loyal voting bloc of caste brethren. Panneerselvam is the first Tamil chief minister close to that idea.

Bolstering that idea is the looming figure of another Thevar—Sasikala, Jayalalitha’s friend and foster sister, who looks set to take over as AIADMK general secretary. Though always an executive member of the party, she had never overstepped her limits in the past. In fact, Jayalalitha had expelled Sasikala and a horde of her kinsfolk from the party in December 2011, suspecting they were plotting against her. A publicly remorseful Sasikala was back with Jayalalitha in a few weeks, claiming she was ignorant of the machinations of her relatives and promising to keep them at a distance. On December 6, most of them were back, forming a ring around Jayalalitha’s mortal remains. The return of what’s known as the ‘Mannargudi mafia’ signals at what awaits the party in the immediate future. But it’s also a symbol of the strong Thevar lobby in the AIADMK assuming an overt form.

“Panneerselvam would not just be the first Thevar CM of the state, he would also be the first from ­any powerful, ­numerically dominant caste.”

Sasikala is said to be the key person beh­ind the AIADMK’s Thevar leaning. Even when Jayalalitha was around, the Thevar lobby was strong enough to infl­uence her but not in obvious ways. If Sasikala takes the general secretary post, it will be like a coup d’etat, formalising and making visible a transition from a pan-Tamil idea to a rural power elite. Eff­orts are, of course, on by influential mem­bers of other numerically dominant cas­tes, including Gounders, to wrangle the post for themselves, citing the need for a caste balance. Even if they succeed, it will only confirm the underlying logic. But chances of them succeeding are dim anyway. Sasikala, desperately in need for pol­itical power, might not give it up for now. Party sour­ces, though, say Chinnamma (as Sasikala is known in party circles) has promised a fair deal to Gounders. “She’s aware it wouldn’t augur well for the AIADMK to lose support of other castes,” says an old hand.

The Gounders—a powerful middle caste of western Tamil Nadu, the second-most influential bloc in the party after Thevars, with veterans like C. Ponnaiyan and M. Thambidurai—may be a tad rese­ntful at what they see as a ‘raw deal’. But some of them, handpicked and nurtured by Sasikala, have thrown their lot behind her. “There are eight Thev­ars and eight Gounders in the AIADMK cabinet. But the import­ant portfolios are with Gounders,” says Tamil writer Subaguna Rajan. “They have nothing to complain about in this current dispensation.” He agrees with the idea that it will be impossible for a candidate from a popular community to leverage just that fact for power. “OPS is the CM not because of his caste. Such an arrangement will not last in Tamil Nadu.”

Of the party’s 50 district secretaries, Thevars (comprising Kallars, Maravars and Agamudaiyars) constitute about 26 per cent, Vanniyars about 18 per cent and Gounders 14 per cent. And together, Vanniyars, Gounders and Thevars constitute about 60 to 70 per cent of Tamil Nadu’s population. Each comm­unity nurtures political ambitions, so a single-bloc domination is not likely to be a stable, enduring reality. That’s why, all along, leaders who had enjoyed popular support did so cutting across caste lines.

Vanniyars too have long coveted power; in PMK, they have found a rather uncertain expression to this ambition. Gounders have just begun to cons­olidate themselves politically, with sundry outfits often ado­pting fairly ruthless methods. The churning in western Tamil Nadu in recent years, from the Perumal Murugan episode to the Gokulraj murder, is but a sign of this Gounder assertion. But for now, they would probably prefer to bide their time. “We welc­ome Panneerselvam as CM,” says G.K. Nagaraj, head of Kongunadu Jananayaka Katchi, a fringe party based in the western districts. He is quick to add that the government cannot survive without kee­ping the Gounders happy. “They should be aware of it. I am confident they will not let the Kongu belt down,” he says. But Nag­araj concedes a degree of native fraternity. “At last, we have a Tamilian ruling this state. Only when a Thevar or Goun­der rules would they know the real issues on the ground and cater to it. This is a positive step in that direction,” he says.

Stalin Rajangam, Madurai-based Dalit scholar, does not concur. “It’s true that in many other states members from popular communities rule. That it was not so in Tamil Nadu is a positive thing.” Citing the danger that ‘Tamil identity’ as voc­alised by some leaders could become all about the identity of dominant castes, he adds: “I think it’s good to have leaders from numerically minority communities because in electoral politics they are forced to accommodate all communities, which augurs well for a democracy. This has to continue and it will.”

Vanni Arasu, deputy general secretary of Vidu­thalai Chiruthaigal Katchi, also sees cause for worry. “They would no longer be covert about their pro-Thevar lobby,” he says. “We now have a CM who proudly proclaimed as minister that there was no honour killing in the state, when there were scores happening right under his nose in the south and west. Have no shred of doubt: he will represent the dominant communities, keeping the Dalits and marginalised in constant fear. There’s also talk of the government being backed by the BJP. Perhaps the BJP thinks it can make a backdoor entry into Tamil Nadu like this. But the AIADMK should realise that people voted for the party, for the two leaves symbol, for Jayalalitha. It was not an endorsement of Thevar power. Firming up the Thevar lobby and making it overt will be detrimental to the party.”

Rajangam too says the AIADMK runs the risk of being reduced to a caste party if it openly tilts towards the Thevars. “Doing pro-Thevar lobbying with Jayalalitha in the forefront was different. This is different. The party has to accommodate other communities or it will be isolated in the long run.” Rajangam is also apprehensive about the ground-level effect of Thevar domination. “They will begin to wield considerable influence, right from obtaining tenders to panchayat funds. This I see as a dangerous outcome that might upset a lot of things.” Rajangam also wonders if Panneerselvam could have become chief minister on his own. “I think it would not have been possible. A Thevar-based party cannot capture power on its own. The same goes for a Vanniyar or a Gounder party. This is some quirk of fate,” he says.

Observers say the DMK will now be forced to rec­kon with the ‘Thevar consolidation’ in the ruling party. For long, the DMK was seen as an anti-Thevar party till M.K. Stalin changed the face of it. Dindugul I. Periyasamy, a Thevar face, was made the party’s deputy general secretary last year. The trend may gather force. Party seniors say they will wait and watch if this arrangement will last. “We are not dev­ising any strategy immediately. It’s too early to do that,” says a veteran. And yet, how durable the present  arrangement is may turn out to be a tertiary fact in the long run. The tectonic plates that govern Tamil politics may have already shifted.