Care For A Cow ­Safari In Jaipur?

How a cow shelter in Jaipur plans to attract tourists 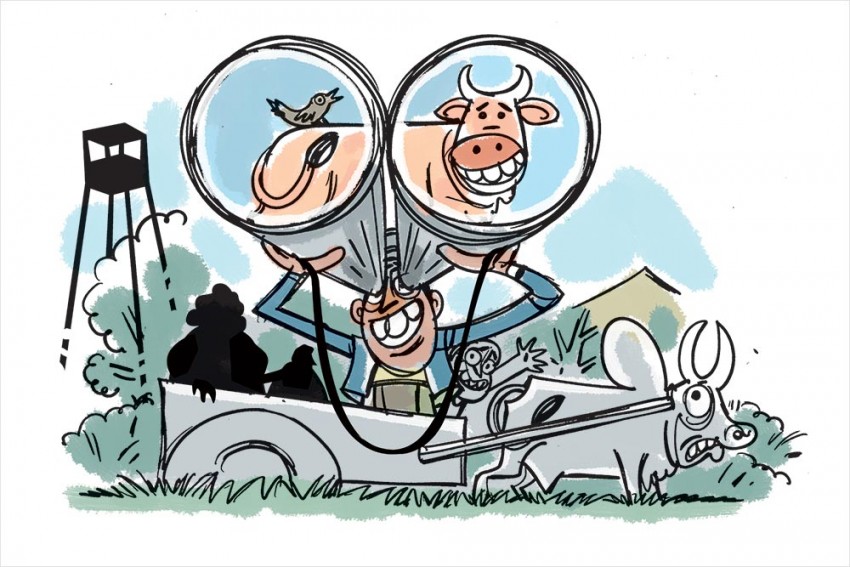 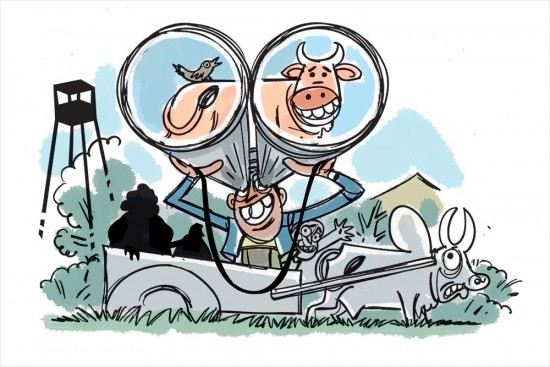 The idyll in his head has been painted with great clarity and definite brushstrokes. There will be exactly 300 cows, 10 each of 30 indigenous breeds. Ten bullock carts will ferry tourists through the 2-km safari track. Along the route would be wooden boards, inscribed with information about various breeds. The tourists will get down to pet, clean and feed the cows during the two-to-three-hour excursion. There will be restaurants serving ‘butter, coriander chutney and chapatis’, cooked on ‘mitti ka tawa’ (mud pan) over ‘lakdi ka chulha’ (wood stove). For overnight tourists, there will be dung-­coated bamboo huts on trees, ideal to ‘keep them cool in summers and warm in winters’.

The management of the 500-acre shelter has decided to turn 22 acres into a forest-like enclosure for a cow safari, which would be thrown open to tourists by mid-September. Temp­ora­rily suspend the absurd­ity—this ‘safari’, after all, is for an animal that is plentifully ubiquitous—and one could actually fall for the dream Radha Priya Das will soon be offering people.

Das works with the Akshaya Patra Found­a­tion as programme coor­dina­tor at the Hingonia cow shelter in Jaipur, the capital of Rajasthan. The NGO, which according to its website provides lunch to 1.7 million school children in India, took over the management of the cow shelter, housing around 22,000 cows, from the Jaipur Municipal Corporation after 500-odd bovines died in 2016 when heavy rains turned the shelter into a swamp.

“The idea is to educate people about indigenous breeds and raise awareness about cow protection,” says Das. “We have the famous Nagauri breed. The strength and stamina of its oxen is proverbial. The Gir cow is known for its milk yield. We’ll procure cows of ­different indigenous breeds from across the country.”

Das believes the cow is a “special ­animal” that is useful alive as well as after death—its body parts have uses in ­various ­industries. “Cow’s milk conta­INS many micronutrients,” he says. “We survive on mother’s milk for 18 or 19 months, but we have cow’s milk the rest of our life. No wonder we regard it as our mother.”

It’s not just about cows. A bull safari is almost ready and will begin ope­rations around the same time as the cow safari. Spread over 30 acres within the shelter premises, it will host 10,000 bulls. Unlike the cow saf­ari, which is meant to be an educative one, the bull safari is being pitched as ‘adventurous and sportive’. Tourists would be driven through the rugged terrain in open jeeps, and the sight of bulls fighting and shoving is likely to make the expedition ent­ertaining. They’ll also see bulls driving mills and electricity generators.

The shelter management says cow saf­ari is a unique concept that is being implemented in the country for the first time. There has been no market survey regarding the idea, but they ­believe it’s going to be successful. “Oh definitely! People are going to come. I know that based on personal expe­rience,” says Das.

The NGO is spending about Rs 40 lakh to develop the safaris, which will be free. Tourists will be charged for hiring the tree huts. Besides locally made milk products, flour and edible oils produced by ox-driven mechan­isms will also be on sale for tourists.

Tourism veterans, however, scoff at the idea of cow safari. “It’s quite whimsical and not saleable at all,” said Gour Kanjilal, executive director of the Indian Association of Tour Operators. “People want to go for wildlife safaris. Who’d want to go for a cow safari? As for foreign tourists, he says, they’ll come for the beaches of Goa, the great Himalayas, the holy ghats of Varanasi, the backwaters of Kerala, but won’t take 10-hour flights to come and see cows. Gimmicks don’t work in tourism.”

But those are the risks you must be willing to take, if you are opening your ideas of idyll to the world.

By Salik Ahmad in Jaipur

2019 Lok Sabha Election: A Sheet To Excel In