Mizoram is the only state in the Northeast where the BJP is not in power, either on its own or in alliance. 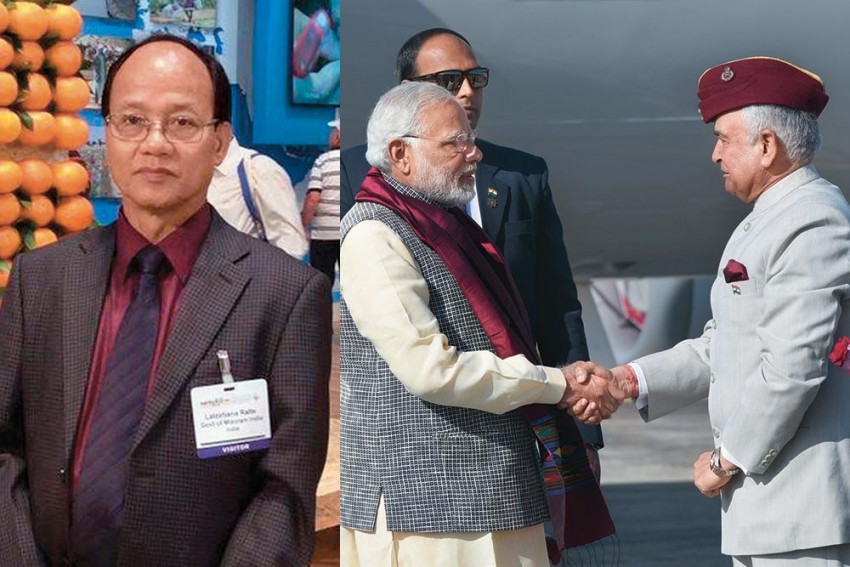 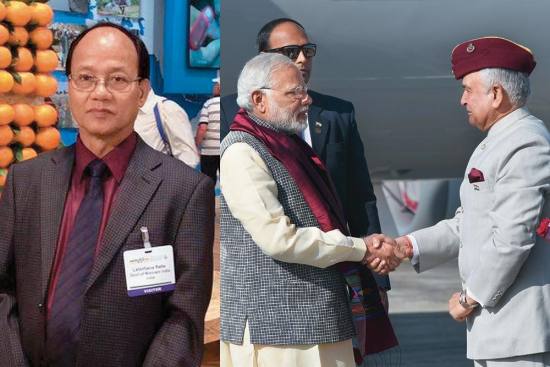 Bigger earthquakes are generally preceded by small tremors, so unnoticeable that they barely register. Mizoram, a speck of a state in India’s Northeast, may have just felt the first jolts of what could be the big political earthquake by the end of this year. On September 17, the Congress exp­elled its Mizoram vice president R. Lalzirliana for alleged breach of party discipline. This came just days after Lalzirliana stepped down as home minister after he was issued a show-cause notice over speculations that he was set to joining a rival party, the nationalist Mizo National Front (MNF). 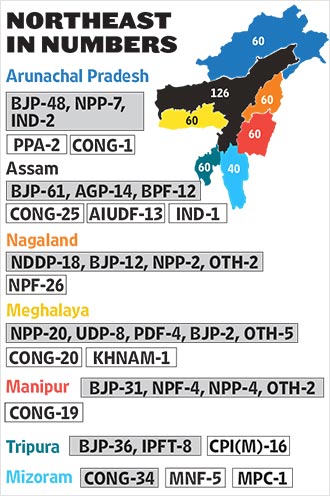 At first glance it would appear a minor affair of the Congress in Mizoram, one of the last few states that the grand old party has still managed to hold on to. But the rival party, it turns out, is a member of the North East Development Alliance (NEDA), a political alliance led by the BJP. Mizoram is the only state in the Northeast where the BJP is not in power, either on its own or in alliance (see graphic). For the record, assembly elections in Mizoram are scheduled in November-December and the BJP may have just rolled out its much-vaunted poll machine in the northeastern state.

Days before Lalzirliana was expelled from the Congress, senior BJP leader Nalin Kohli had already set the agenda.  Kohli—the BJP’s Meghalaya in-charge—said Mizoram would soon follow in the footsteps of the other NE states. “We will contest the elections in Mizoram on the agenda of development,” he told reporters in Shillong recently.  The first “development” came soon after, as one journalist in Guwahati put it laconically.

But what does Lalzirliana bring for the NEDA, and in a way, to the BJP, if he  happens to switch sides at all. The 69-year-old leader was a cabinet minister for two consecutive terms since 2008 and held important portfolios such as home, rural development and agriculture. He is also known to command the loyalty of many legislators as well as leaders. The Congress itself ackno­wledged Lal­zi­rliana’s status in the party with C. Lalpianthanga, chairman of the disciplinary action committee, describing him as “pillar of strength” and a “guiding force”.

Lalzirliana is said to be unhappy with chief minister Lal Thanhawla for allegedly failing to the meet the demand of declaring Saitual, and its administrative areas, as a full-fledged district. Saitual is the main town of Tawi that Lalzirliana has represented for four terms. He was not available for any comments.

For the BJP, breaking into the Con­gress bastion in the Christian-majority state will complete its Mission Nor­theast. Sources in the party said the party could contest 35 of the 40 seats in the hope of ending the Congress’ 10-year reign. BJP president Amit Shah is likely to make his maiden trip to Mizoram next month. Prime Minister Narendra Modi had also visited the state last year.

The Congress also suffered a setback in Meghalaya where four-time chief minister D.D. Lapang quit the party last week. The party was thrown out of power earlier this year when the BJP, with just two seats, propped up a government led by the regional National People’s Party (NPP).

Chief minister and NPP president Conrad K. Sangma said Lapang’s resignation was a “big loss” for the Congress and added that the veteran leader was “forced” to quit the party.

The Congress, however, tried to downplay the issue. “Mr Lapang has just ret­ired from the party. At 84, who would like to go and join a political party? I think he is retiring from active politics,” says Ampareen Lyngdoh, recently app­ointed as one of AICC’s secretaries.

On the two developments, she said that such “drama” is not new and she doesn’t anticipate them to be a threat.

“I don’t think he (Lalzirliana) has decl­ared his association with any other pol­itical party. Everybody tries to fish before election. Congress is aware of all this. Our eyes are open, especially in Mizoram,” Lyngdoh tells Outlook.