In Cannes, you get overwhelmed by the sheer visual grace, says filmmaker Aneek Chaudhuri... 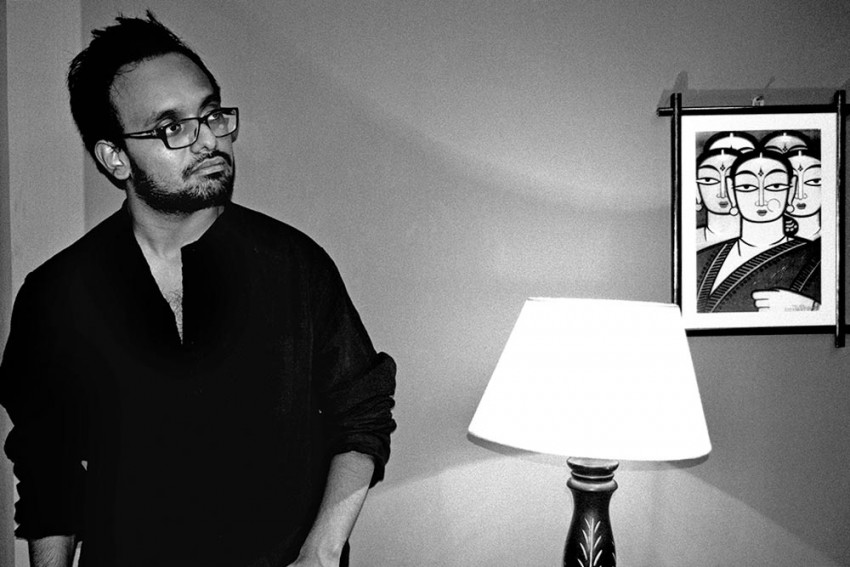 It was a tight, packed week at Festival de Cannes in May. Nope, I had no costume to show off on the red carpet, so I may have passed under the radar. I was there for an old-fashioned reason: my film, Streer Potro (The Wife’s Letter), which was screened in the Marche du Film section. And so it came about, my first trip to Cannes…why, my first tour abroad! And there I was, on the 14th of May, technically 15th, at Indira Gandhi International Airport, New Delhi, all set to board the flight to Moscow, from where I had a flight to Nice in the south of France. With a fully charged DSLR, a few formals, and some other necessities that any Indian cannot do without while travelling away from their home.

Eighteen hours later, I was at Nice. That’s where I was staying, which essentially meant I had to do the 33 km to Cannes everyday. The very first day, of course, I was as jumpy as a cat on a hot tin roof, as questions swirled through my mind like some surrealist collage. Am I dressed alright? How should I talk…formal or informal? And heck, am I excited or frightened? But after that half-hour drive, my nerves somehow settled down. I was entering the portal of my ambitions. Just a couple of hours were left for the screening of my film at Gray 5 auditorium. 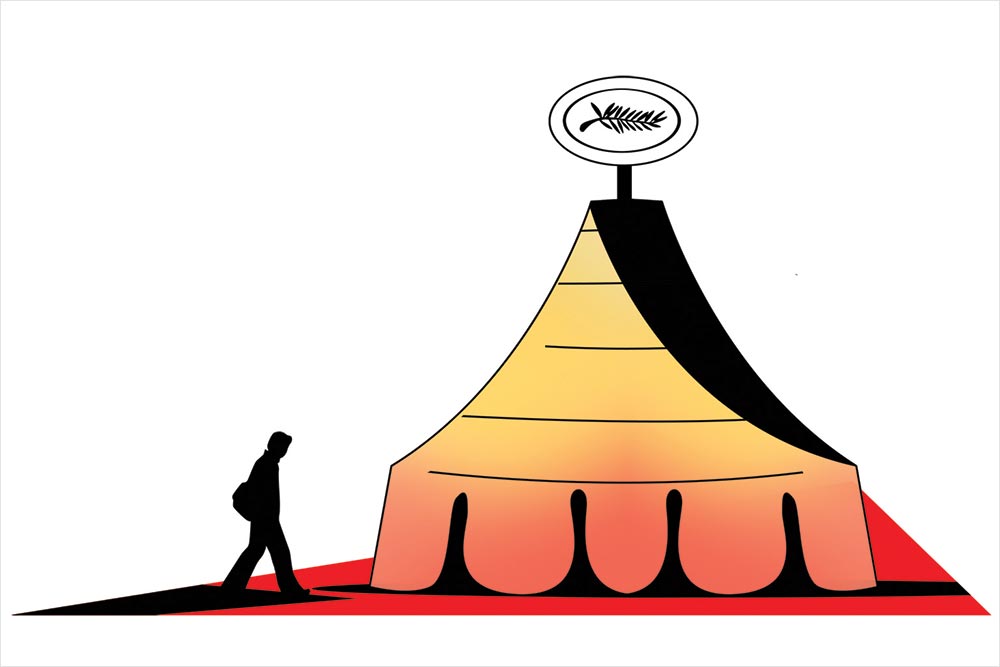 I decided to fill those two hours with pleasant distractions—and ended up discovering a huge number of things. The most impressive of them? Undoubtedly, the film market. Tracking the place down itself was like a voyage, for you really need a map to get a fix on where you are vis-à-vis where you are headed at Cannes. But boy, was it worth the effort! The film market is where you can slip into discussions and buying-selling proposals—all the registered companies have their booths there. If you have made a documentary, you can easily walk up to one of the companies that deal with distribution or purchasing of documentaries. For young film-makers especially, it’s a helluva place to meet and network with film professionals from all around the globe. There’s a sense of kinship among everyone present at the festival—even the newest of film professionals get respect.

Stars on the Sidewalk

And oh, the city itself! It’s commonplace enough at Cannes to spot celebrities walking down its lanes, but that’s not the whole thing. The place oozes a kind of extravagant charm. I had an hour left for the screening, and my mind should have been on that, but you get overwhelmed by this sheer visual grace. I stopped by at a coffee shop and ordered a pizza. (Blame my palate if you will, but I really could not relish the food at Cannes.) As the order arrived, I was greeted by a Los Angeles-based journalist: he had read about me in one of the interviews in the magazine India and You and dropped down to ask me a few questions about film culture in India and in Bengal. “It’s not very conducive,” I told him. “But films are our way of handling challenges and triumphing over them.”

It’s 20:00 hours local time and I’m waiting for the screen to show my name! Pinching myself and waiting for the film to end at last, for that little moment of child-like thrill. And when the moment came, I could not see the screen! People were already standing up and filing away slowly to catch the next film on their itinerary. As I reached the exit myself, I was greeted by one of the critics who said, “Bonjour to the world of cinema.” Honesty is a virtue in a critic. You’ll find the crème de la crème of critics in a place like Cannes, and they won’t lie—they speak from their guts.

On day two and three, I ran smack into the glam part of the festival! One could see the row of yachts waiting, all quiet elegance and ease. People relaxed in the Riviera sun out on the deck. In some yachts, there were celebrities being interviewed. Being a teetotaller, bars and taverns and other such after-hours places are not my scene. Believe it or not, I chose to spend most of my time on the last day of my visit at a conference organised by FICCI. I’d been invited to this buyers-sellers meet at Marriott, a delegates-only affair where I could approach a large number of investors, distributors, and professionals. You realise that the business end of Cannes goes way beyond gluttoning on movies. Films are not the only thing that matter here, it’s like a vast, interlinked web of pre-production and post-production networking opportunities. Still, the spirit in the air is festive, almost carnival-like. We could have coined the word Cannival to describe it, except that it sounds too much like another kind of gluttony.