‘Cancer Can Be Prevented’

Most of the times, diseases are a result of interaction between the environment and our genes, says bio-scientist Dr Dwaipayan Bharadwaj. 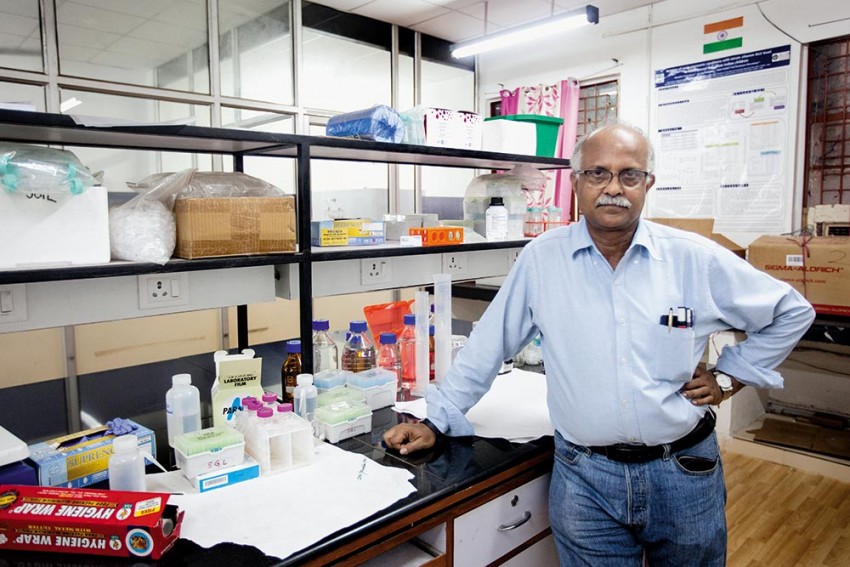 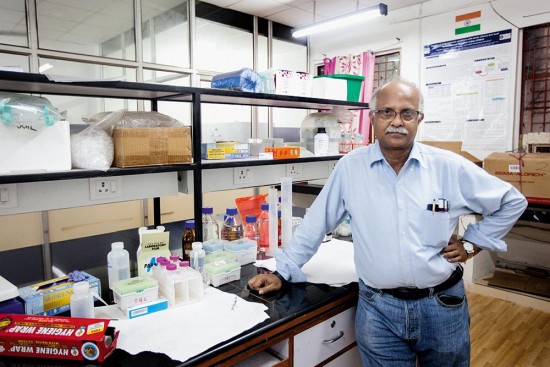 Dr Dwaipayan Bharadwaj, professor at the School of Biotechnology, JNU, and fellow of the National Academy of Sciences, was once a senior principal scientist working at a public-funded genomic project. He is pushing the frontiers of genetic understanding of many diseases. Excerpts from an interview with Zia Haq:

How has newer understanding of our genes helped make fighting diseases, such as cancer, easier?

"There are some ­simple things one can do to ­prevent a lot of ­genetic aberrations, such as ­getting ­married at the right time."

As a scientist, I can say what my understanding is. First of all, there is a misconception regarding genes. People don’t understand it well. If I take a sample from your hair follicle or blood or any other part, I will find the same DNA everywhere. Now these genes can modify. A gene can be methylated, for instance (put simply, methylation is one of several mechanisms through which expression of a gene is switched on or off). That kind of modification happens. But you cannot modify gene sequencing. That is constant. That’s the basic science. Now, mutation is when there is change in the gene structure. Sometimes, a portion can get deleted or a whole portion gets added wron­gly, so that instead of making a specific protein that is needed, it is making a protein that is not needed. Those are mutations. This is DNA sequence.

Genetic tests are said to be pushing the frontiers of many diseases?

People are marketing a lot of tests these days. So, now from a patient’s point of view, if there is a problem with this DNA sequence I just mentioned, it is detected very easily, early in childhood in many cases. If an entire chromosome is missing or attached, it gives rise to well-known syndromes. Cancer is just one thing. Say, for example, Down Syndrome or Turner Syndrome, which is easily treatable if detected early. Paediatricians are aware of these diseases. Take haemophilia. We know very well that if there is a mutation in the factor 8 gene, you get haemophilia. You don’t need a gene test for that. There are many things we can do to prevent some genetic diseases.

Could you explain that?

A lot of new understanding and gen­etic advancements have undoubte­dly taken place. But let me tell you an interesting thing. Forget high-tech tests, there are some simple things that one can do to prevent a lot of genetic aberrations. For example, getting married at the right time. Now, late marriage means late fertilisation of an egg from an ovum that is there for 13-14 years. It’s a like a rubber band losing its elasticity. The more the age of the mother, the more the chances of genetic faults. So, marriage at an appropriate age is a good thing. Chances of chromosomal misses or new chromosomes getting added wrongly are high with late mothers. This is ‘embryonic lethal’, meaning not good for the developing baby.

Are genes always and the only culprit?

Cancer is many things, but it is also a lifestyle disease. Obesity and ­diabetes are also lifestyle diseases. Most of the times, it is a result of interaction between the environment and our genes. Suppose I have a lung cancer gene. So, I have a gene expression that makes me vulnerable to lung cancer. Now, to precipitate the cancer, I need smoking. Suppose I don’t smoke. Even though I have the gene, I am not going to get cancer because I am not giving the faulty gene the right environment to express by indulging in smoking. The same goes for obesity. I may have the obesity gene, but if I exercise every day and take a balanced diet, I don’t allow the gene to express.

A lot of genetic tests are available these days. Are they worth it?

Genetic testing will not help in all ­cases. For example, tests to detect dia­betes are a myth. Genetic faults are only 7.5 per cent responsible. What accounts for the rest? But fortunately, in diseases like cancer, it’s different. For example, a very common genomics-oriented diagnostic in the commercial market is herceptin for breast cancer. You see, one type of breast cancer is treatable. Herceptin is used to detect the Her 2 gene, which cau­ses that cancer. It’s a genetic marker. But it’s very expensive. Now that’s not the case with diabetes.

So cancer ultimately is a disease of the genes?

Yes, but genes plus environment. I did one study with the Minnesota Mayo Clinic. I took samples from migrant Indians there, from 30 local Indians here and they sent samples of 30 white Americans, who are mostly of Viking ethnicity because the Minnesota area mostly has people of Scandinavian origin. We then checked their genetic profile. Migrant Indians and local Indians should genetically be the same. But we found that the gene profile of ­migrant Indians and Americans were the same. That’s due to the external environment.

Has modern genomics thrown enough light on many complex diseases?

You also have to understand the limitations…that modern genomics is not right now ready, except in certain cases, for diagnostics. But yes, research is giving us new understanding of the biology of diseases. For instance, coronary artery disease and obesity. In these diseases, other than say cancers like breast cancer, none of them is even 50 per cent accurate. Remember in cancer, again, there are many types…we are saying pancreatic breast, cervical cancers etc. In certain areas where we are a little sure of the origin, we have better diagnostics. Like cervical cancer. It is caused by the papilloma virus. Now we even have a vaccine to prevent it. That’s why whenever we can know the biology better and the origin better, we have a better handle. But if I talk about gastrointestinal cancers and head cancers, we don’t have much yet.

A lot of people would want to know this. Can cancer be prevented?

Let me give you one story and you’ll understand. One small study recen­tly came from a Danish group. They took 30 people of the same age group. They took samples from their leg skeletal muscles before the test. They gave them an exercise regimen for one leg for three months and then tested the leg muscles again, looking for genetic changes. In three months, they found that the exercising leg was superior in all respects, genetically speaking. So, yes, things like balanced diet and exercise can help.

You have been working on genes and lifestyle diseases. Tell us some of the outcomes.

So our group has already published a lot on things such as whether there are genetic variations within the Ind­ian population and what those are, especially in the north Indian population. We have mainly four major types of population: Indo-­European, Dravidian, Tibeto-Burman and Australoasiatic. We had collected samples from the All India Institute of Medical Sciences. Our population group for the study was mainly Hindi-speaking north Indians or Indo-Europeans. Our sample size was 14,000. We discovered a gene called TMEM163 as being associated with type II diabetes. This was previously not known. We published it in 2014.  The next step is to say that it is a ‘causal for diabetes’, meaning we have to experiment and show its role in diabetes biology and to prove it as the causative gene. That work is on. Then we can call it a diabetes gene.