Can Congress Regain Its Former Glory In Allahabad?

Allahabad, once a stronghold of the Congress, is now the battleground of the BJP and SP-BSP combine 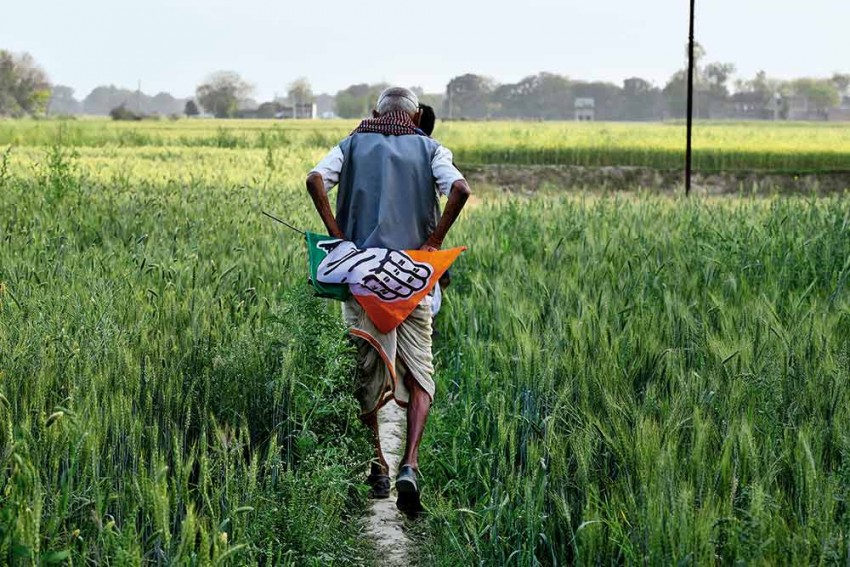 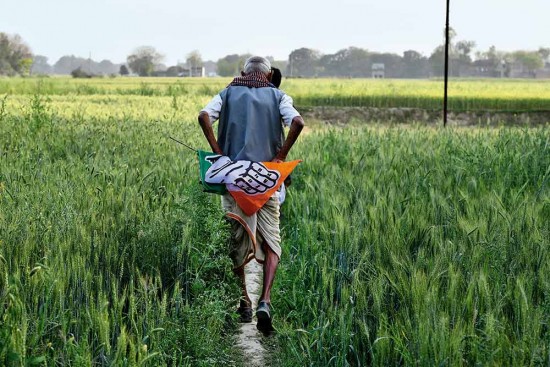 Allahabad, renamed Prayagraj, has barely gotten over the Kumbh Mela hangover. Some 22 crore devotees visited the religious congregation, the organisers say. It even made its way into the Guinness records for the largest crowd management and sanitation drive. The city was decorated with graffiti on Kumbh and ‘cultural heritage’ of the region. Chief minister Yogi Adityanath monitored much of the arrangements. Appreciation for the organisational marvel flowed from all quarters.

But the bedecking of the city for the Kumbh did not please some. Yash Malviya, a 56-year-old poet, bemoans the corporate treatment of the earthy fair, “A festival was turned into an event. Political appropriation of the Kumbh to this extent has never happened. Houses were razed and street vendors were displaced.” He is even more upset with the rechristening of the city, “I’d rather die than accept its new name. My city was never so communal. It belongs as much to Akbar Illahabadi as it does to Suryakant Tripathi Nirala.”

The district of Prayagraj has two parliamentary seats – Allahabad and Phulpur. It also shares a small part of the Bhadohi Lok Sabha seat. Several elections ago, the two constituencies used to be Congress strongholds with titans such as Jawaharlal Nehru, Lal Bahadur Shastri, Vijaya Lakshmi Pandit and V.P. Singh representing the seats in Parliament. However, the Grand Old Party’s popularity has waned and it now struggles to find a foothold in what was once its backyard. In the 2014 general elections, the Congress finished fourth in both the seats after the BJP, SP and BSP. In the 2018 by-election in Phulpur, the party’s candidate secured fewer than 20,000 votes, whereas the winning candidate from SP was miles ahead with 3.42 lakh votes. 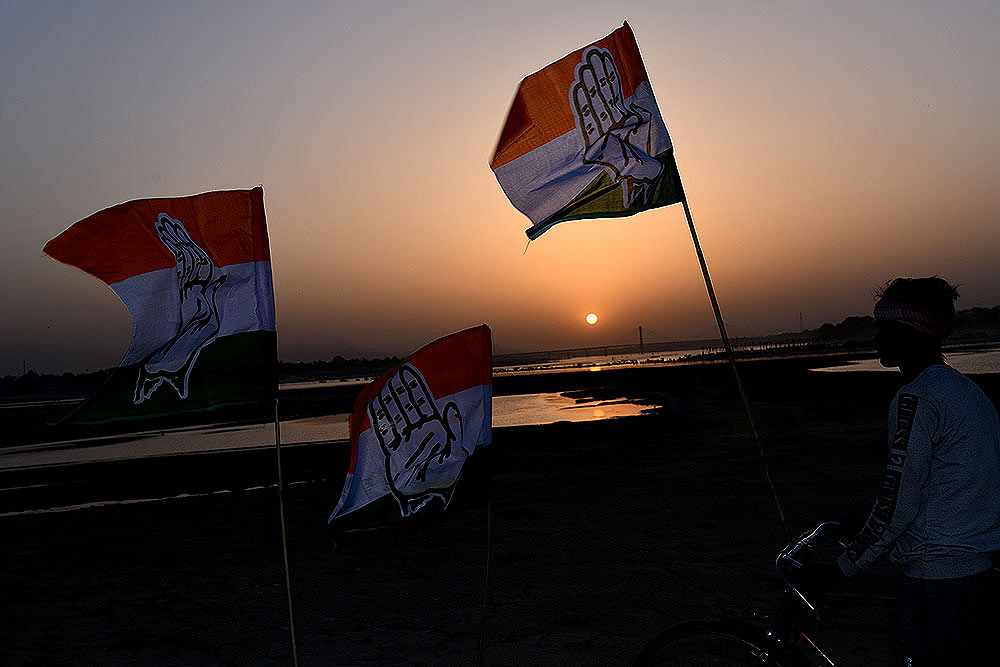 A year on, the Congress’s chances appear no better. Going by local accounts, the upcoming elections in the two parliamentary seats, and much of UP, will be a duel between the BJP and the SP-BSP combine – the former propelled by Narendra Modi’s charisma and appeal; the latter powered by the joint strength of their respective social bases.

At a tea stall in Phulpur city, a discussion on the winning prospects of the two has heated up. “The gathbandhan (coalition) is strong. And this has been an SP seat since the 1990s. It was only because of the Modi wave that the BJP got through in 2014. But all he has done is tell lies,” says Awadhesh Singh Yadav, 48, who owns a tractor agency. Arjun Yadav, the 52-year-old stall owner, retorts by saying that Congress and SP have had their run and it was now BJP's time. “Voting for Modi is a matter of nationalism. If the country is safe, we are safe,” he adds. Arun Kumar, 35, owner of a garment shop, steps in, “So much development has happened all around. If you don’t want to see it, what can Modi do? Should he come to your house and make tea for you?” There is not even a mention of the Congress in their exchange. 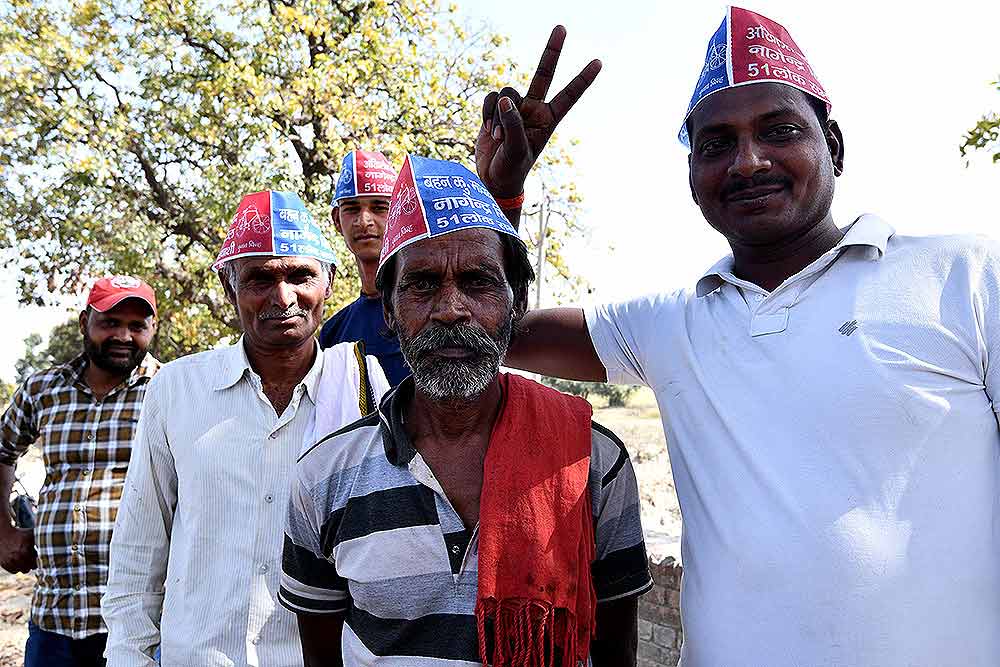 A few kilometres from the tea stall is a village called Chilaudi. Balwant Kumar Kushwaha, 36, a farmer, hasn’t locked his choice and is waiting for the candidates of all parties to be announced. “Gathbandhan paseena chhutwayega BJP ko (The SP-BSP alliance will give the BJP a run for their money). The Congress isn’t capable of anything. It’s only the old Congress loyalists who vote for the party,” he says. “The BJP has been unjust to the youth. There are no jobs. Plus the stray cattle go about damaging crops. However, I'll admit that the BJP government has built roads.”

Alok Prasad, who teaches history at University of Allahabad, believes that the rise of SP and BSP has been one of the major reasons for the decline of the Congress. “These parties were able to articulate the aspirations of marginalised communities better. Brahmins, Dalits, Muslims, and some OBCs formed the Congress vote bank. After the Babri Masjid episode, the Muslims shifted towards the SP. The Dalits moved towards the BSP after Kanshi Ram mobilised them. And Brahmins have gravitated towards the BJP,” says Prasad. “The weak organisation of the Congress and the culture of sycophancy have steadily brought down the party.”

There are various reasons attributed to the diminution of Congress’ vote bank. “The mass arrest of Muslims after a riot in 1986 in Allahabad led to the community dissociating themselves from the party,” says Shahid Askari, 64, a social activist. “Muslims are likely to vote for the SP-BSP alliance rather than the Congress.” One of Askari's associates, Anwar Abbas, 51, refers to Congress as ‘an old scenery in a room’. The lawyer-writer also talks about how he views the politics of Congress and BJP, “They both keep an imaginary bhediya (wolf) to scare their respective vote banks. The Congress uses it to frighten Muslims, ‘If we go, this animal will be at large.’ The BJP uses it to scare Hindus.”

Notwithstanding the plausible similarity in their style of politics, Narendra Modi’s influence seems to be far more powerful than what any Congress leader has wielded in the past three decades. A section of people from scheduled castes, earlier known to be staunch BSP loyalists, are also dazzled by the PM’s persona. The young are particularly gung-ho in their support for him.

“Modiji is a great leader and he has done a lot of work. The BJP also did a good job by doing away with Allahabad as it was a Muslim name. Congress, SP and BSP have only promoted Muslims,” says Karan Kumar, 22, a resident of Balapur village. Asked about the Indian air strikes in Balakot, Karan says that Modi had duly avenged the attack. “Khoon ka badla khoon hota hai (We want an eye for an eye),” he declares. Floriculture engages most people in Balapur. “We supply flowers at Gau-ghaat and the Muslim sellers used to harass us earlier. But it has stopped since the BJP came to power,” says Srikant Bhartiya, 40, adding that he used to be a BSP supporter, but now votes for the BJP. Stray cattle are a major issue in the village, but that doesn’t dampen their enthusiasm for the party.

In cities, the issues waver, but the support doesn’t. “Businesses have slumped. There is so much of complex paperwork now. How will a small shopkeeper manage? We can’t hire an accountant,” says Anjana Vaish, who runs a general store on Prayagraj’s Leader Road. “But who else do we vote for? Rahul to pappu hain (Rahul Gandhi is dumb).” A tea-stall owner nearby claims that there has been progress, but complains that he wasn’t allowed to set up his stall near Kumbh. “But I like Modiji,” says Rajesh Kumar Yadav, 28.  Asked if the minimum income guarantee programme promised by Rahul Gandhi appeals to him, he snaps, “The Congress couldn’t see poverty in 60 years? Now when elections are close, it has dawned upon them.”

The Congress’s ambitious scheme aside, the appointment of Priyanka Gandhi as its in-charge of eastern UP doesn’t seem to change much. “She might be able to draw crowds in her rallies, but won’t be able to convert those into votes,” says Ram Achal, 30, from Ghoghapur village. He also expresses his resentment with Modi’s rule. “He hasn’t done anything. Demonetisation and GST have damaged businesses badly. And the stray cattle ruin whatever you grow.” He believes that the SP-BSP alliance will trounce the BJP in the state.

The Congress office in Allahabad is a forlorn place. Anil Dwivedi, the district president of Congress, is examining a list of block in-charges with two other party workers. He says the Congress has weakened in UP in the past 30 years because the politics of caste and religion has gone up. “There are other reasons too. The Congress did not develop leadership at the state level. And on occasions, they forged alliances with other parties, denying tickets to and displeasing party workers,” he explains. “However, Priyanka Gandhi is working on party organisation at the district, block and booth levels. If not in the general elections, her efforts will bear fruit in the 2022 assembly elections.”