Can Spring Be So Far Behind?

Army vs Islamists, the Arab Spring will temper the resolve of both 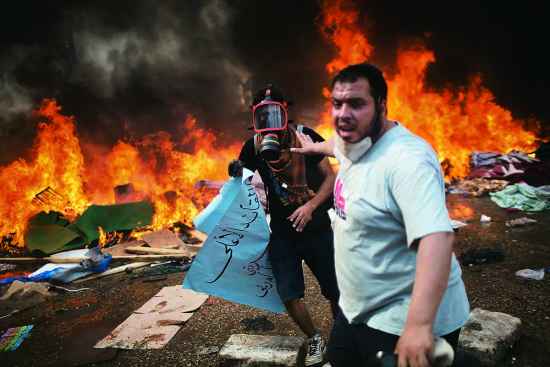 Islamism, or political Islam, has been defined as the ideology that employs the precepts and principles of Islam as a tool for political action to realise an Islamic society and a state. The Muslim Brotherhood, set up in Egypt in 1928 with branches in several Arab countries, is the pioneering movement promoting this ideology. Later, in the 1970s and ’80s, the Islamist movements in several Arab countries were the principal source of opposition to the despotic political order. State authorities, however, struck fierc­ely aga­inst them, subjecting their adherents to execution, prolonged incarceration and exile. Confrontation between the Isl­amists and the armed forces has been the leitmotif of politics in several parts of the Arab world in the last 60 years.

With the advent of the Arab Spring, the Brotherhood and its affiliates, so far confined to opposition and conflict, set up political parties and came to power through the ballot box in Tunisia and Egypt, replacing tyrannies that had flourished for several decades. And in the post-Spring elections, they voted for Islamist parties not for the enforcement of Sharia but, as Olivier Roy has noted, for their adh­erence to moral politics, opposition to corruption and economic and social justice. In government, the Brotherhood’s lack of experience was apparent from the beginning. Though in its election campaign it had promised an accommodative appr­oach and a focus on national renaissance, in power President Mohammed Morsi, elec­ted with a razor-thin majority, just could not respond effectively to his people’s aspirations for economic and social change.