Can Gaddar Emerge As A Key Challenger To KCR And TRS In Telangana?

The Congress-led Opposition, under the banner of Praja Maha Kutami (People’s Alliance), consisting of its erstwhile bête-noire Telugu Desam Party, the Telangana Jana Samithi and CPI, are extremely optimistic of giving a tough fight to the TRS in the coming polls. 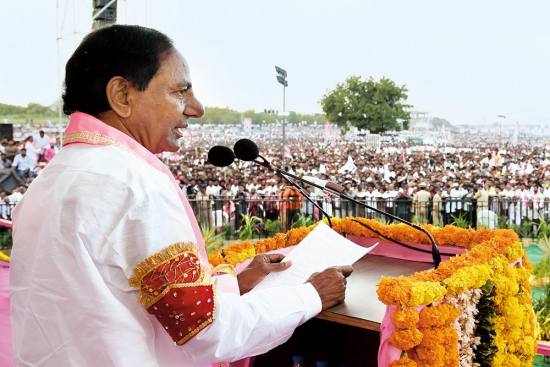 The tenor of the political ballad has been changing by the day ever since Telangana Rashtra Samiti (TRS) president K. Chandrashekar Rao (KCR) advanced the Telangana assembly polls to cash in on his government’s recen­tly announced welfare schemes. This week, it hit a high pitch with cultural act­ivist G. Vittal Rao ‘Gaddar’ meeting Rahul Gandhi and his mother Sonia. With him was his son Surya Kiran, who formally joined the Congress. After the talks, Gaddar, a strident critic of the Congress so far, said he would “campaign for all political forces to end neo-feudalism and stop fundamentalist forces from coming to power”.

Can Gaddar emerge as a key challenger to KCR and TRS? At the mom­ent, it seems unlikely. Many feel Gaddar has become irrelevant since ‘left-wing extremism’ has more or less been wiped out from the new Telangana state. The TRS leadership dismissed Gaddar’s entry as “irrelevant and a non-starter”. “We are neither upset nor worried over the so-called understanding reached by Gaddar with Sonia and Rahul,” says Palle Rajeshwar Reddy, a close aide of KCR. “TRS is confident to retain power with an absolute majority as we have delivered what we have promised to people,” he says. 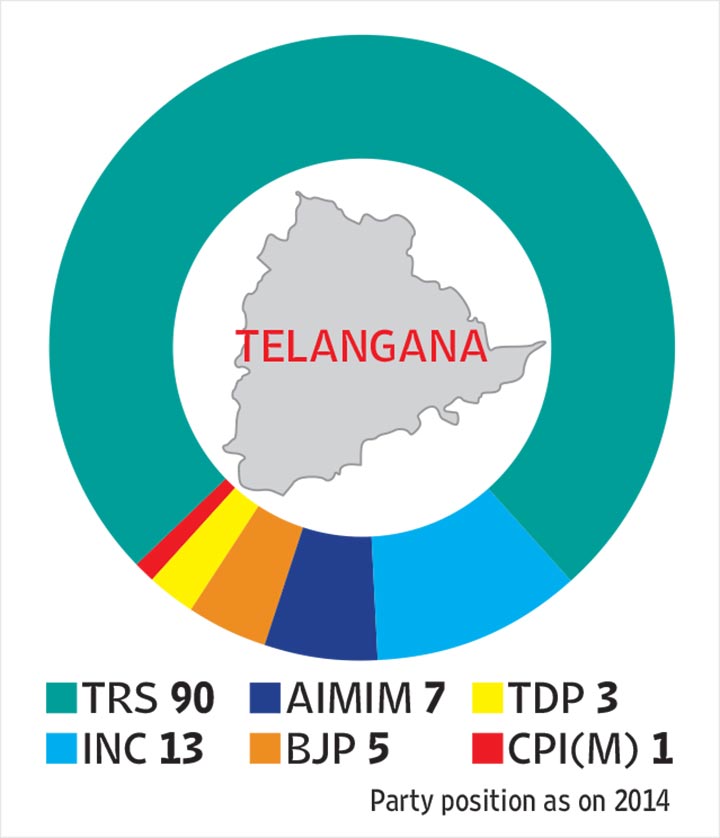 KCR is set to address more than 100 meetings covering almost all constituencies after the Dussehra celebrations.

But the Congress-led Opposition, under the banner of Praja Maha Kutami (People’s Alliance), consisting of its erstwhile bête-noire Telugu Desam Party (TDP), the Telangana Jana Samithi (TJS) and CPI, are extremely optimistic of giving a tough fight to the TRS in the coming polls. “People...