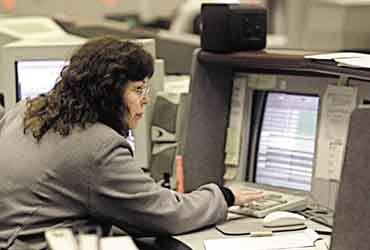 outlookindia.com
-0001-11-30T00:00:00+0553
Not only the third world, the problems of privatisation (or deregulation) of power have raised their ugly head even in the US, and ironically in its richest state, California. Californians have always been a bit smug in their progressiveness, turning obscure fads from the frisbee to sushi into national habits. In '96, when it decided to deregulate its power industry, it was another national first.

"It was a landmark step," says Anand Gangadharan, executive director, cms Enterprises, whose parent company cms Energy supplies energy throughout the US as well as in India. Now, however, with blackouts threatening large parts of California and power utilities on the verge of bankruptcy, private power marketers and generators like Enron are being investigated by the state attorney general and sued by consumers as profiteering market manipulators. The common verdict: "California was a disaster," as Robert Lawrence, Harvard professor, puts it. Recently, Lawrence and other academics signed a manifesto denouncing California's power model and urging strong measures for change.

The initial idea was fairly simple: by dismantling existing monopolies and allowing more power companies to enter the lucrative market, lawmakers would ensure residents lower rates. The entire industry was restructured, wherein the utilities that had earlier controlled both generation and distribution were assigned limited roles. Power suppliers throughout the country were invited to sell electricity to the state.

In practice, however, power is a difficult commodity to let market forces govern. Realising this, California implemented many laws to protect consumers, like a ceiling on retail prices that utilities could charge end-customers. However, as demand began to outstrip supply, the price the utilities had to pay for the power rose much above the prices they were allowed to charge. Gray Davis, California governor, has been at the centre of the electrical storm that's caused businesses and consumers alike to confront some very un-Californian austerity measures. However, "politicians, both Democrats and Republicans, are united in their reluctance to raise prices," says Lawrence. So far, Davis has proposed many ways in which short-term problems can be solved. One is to sell millions of treasury bonds to state citizens, which will then subsidise any increases in the price of electricity, and avoid the political fallout over increased expenses for the common man.

Davis has also made sure suppliers don't increase charges dramatically by striking a deal with many companies. This once again fixes a low price of power but ensures suppliers a fixed price. But many risks remain, among them the fact that many existing power utilities are in poor financial health, rendering long-term business uncertain. "What good is a contract if the utilities go belly-up?" asks Lawrence. Other states like New York, Washington and Oregon may be in for their own power struggles. "They're not too far behind," says Gangadharan. "We could face some issues if we have a hot summer." Sounds like India.

The Circuitry Of Darkness