Our democracy is creaking, but it works—nominally at least. What it needs is not dilution, but deepening. 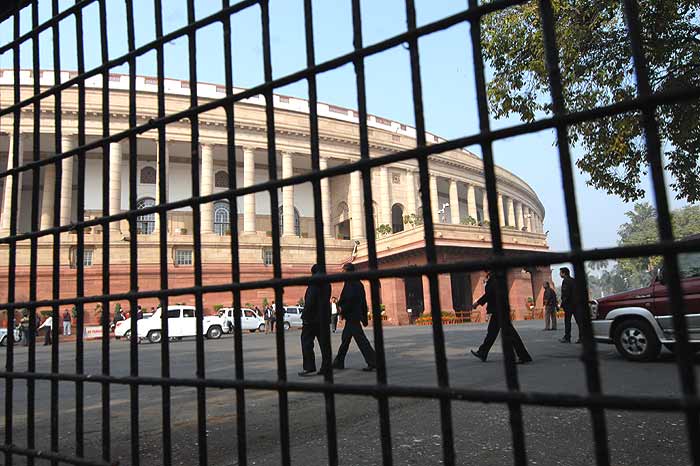 When “Too Much Democracy” Works

Because All Else Has Failed

Mahathir bin Mohammed, former prime minister of Malaysia, recently visited New Delhi for a conference and said, “Sometimes, democracy can paralyse decision-making, because people oppose for the sake of opposition.” Mahathir had ruled Malaysia for 22 years with an iron hand but always claimed it was a democracy. Now in New Delhi, in the midst of a messy debate about FDI in retail, he was clearly suggesting there’s just too much democracy in India.

Many Indians, especially those from the corporate sector and chattering classes, would agree. Now that there’s indeed a policy paralysis and Manmohan Singh’s reform process has been halted by realpolitik, expressions of disillusionment with the democratic process are in vogue. Certainly, when it comes to economic policy, totalitarian regimes such as China, and to an extent Mahathir’s Malaysia, can be ferociously efficient. India in comparison is the tower of Babel, a nation from which a cacophony of opinions emerges. We saw the worst of that during an ill-timed attempt to bring FDI into the retail sector. And more noise is expected over the next few days over the Lokpal bill.

Perhaps we need to stop and reflect on where we have landed. N. Ram, editor-in-chief of The Hindu, says it all looks bad today because “the government is in disarray and so is policy. But the central factor is corruption, and democracy is not to be blamed. There, I disagree with Mahathir Mohammed, although I admire some of the things he has done in his country. In India, we have to do things differently. But a rot has certainly set in.”

Today, our democracy does appear to do some things quite efficiently—it manages huge elections with minimum violence and then effects a regime change, both in the states and at the Centre. A lot of the creative energy of the political class also goes into keeping the numbers stable and in putting together and sustaining a coalition.

The ruthless policy efficiency of Singapore, China seems to hold attraction for corporate types blind to its heartlessness.

Beyond that, the performance is shoddy. We have apparently not yet reached the next stage of democratic evolution, where policy is discussed with sincerity and there is feedback from MPs to the electorate on critical issues. Forget the sorry spectacle in Parliament, in the heart of New Delhi, these days. In nearby Haryana, there has been no discussion in the assembly on any bill for the past decade. Bills are passed the same day they are introduced. In other words, once the regime is ensconced, often legislative niceties are just reduced to tokenism. That is a worrying trend emerging from our assemblies, which will also hollow out our democracy.

Kumar Ketkar, veteran Marathi editor, says a state of chaos and near-anarchy is inevitable in India. “There is a rise in individualism as a result of the education and emboldening of people in the last six decades. There’s a degree of independence from caste, income, gender, and also from the mai-baap sarkar. But, unlike during the Renaissance, this individualism and empowerment has not been linked to the larger social dynamics. This is especially so in the last 20 years, so we now have a generation where one’s greed is more important than others’ needs. With the rise of such individualism, institutions get weakened,” he argues.

Certainly, the one institution that is the heart-beat of democracy, Parliament, has been reduced to a public tamasha. It’s been happening over the several years, but the descent into chaos is particularly stark in the 15th Lok Sabha. C.V. Madhukar, director of PRS Legislative Research, says this is the most disrupted Lok Sabha in the last 25 years. “I would certainly agree that Parliament is now a symbol of democratic decline. But compared to our assemblies, it’s often a paragon of virtue!” 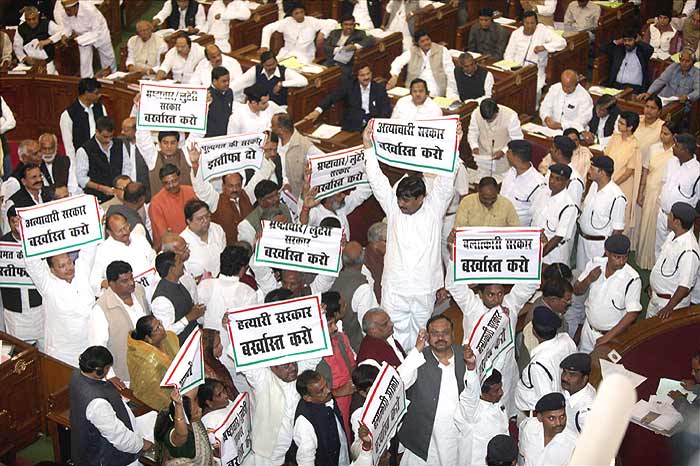 As usual A common scene in our assemblies and Parliament

Then, is it only a problem of perception? Can anything be done to improve things? Madhukar gives the example of Great Britain, which has reformed its parliament many times, and says several steps can be taken. He suggests a fixed calendar, with the opposition given a fixed number of days to raise issues. Besides, he asks, “Our Speaker has a lot of power to penalise members who disrupt the House. Why is it never used? Why are marshals not called to remove them?”

Obviously, there are complex reasons in a country as large as India. Arun Jaitley, the Leader of the Opposition in the Rajya Sabha, says, “First, let us get it clear that there is no alternative to parliamentary democracy.” He then adds “there is still a lot that the system achieves” although certain steps must be taken to improve the situation. Jaitley is in favour of longer sessions. He says, “I believe that if Parliament sits longer, we will come up with solutions.”

Parliament is a symbol of the decline of our democracy, but compared to the assemblies it’s a paragon of virtue.

The committees are the redeeming feature of India’s Parliament. Madhukar says that while the committees work quietly, overseeing what government is doing and scrutinising bills, the problem is the lack of incentives for MPs to behave in the House. “Our MPs have few incentives to be active in Parliament other than grandstanding for TV.” Attendance is shockingly poor. On December 7, Parliament resumed after several days when the government agreed to hold back FDI in retail. But two hours into its functioning, only 38 members were in the Lok Sabha.

There are, after all, the other great symptoms of our system: criminalisation and corruption. The current Lok Sabha has 76 members who have been charged with heinous crimes, ranging from murder to dacoity. Anil Barwal, national coordinator of the Association For Democratic Reform, which puts together such data, says jokingly, “We are fortunate. There was even an MP facing a rape charge in the last Lok Sabha. In fact, the number of those being charged with heinous crimes has been coming down, but those charged with white collar or economic crimes is going up. And there are currently 162 such MPs.” That bit, you could say, is self-evident—60 per cent of MPs and mlas in overwhelmingly poor India are crorepatis. Politics is an expensive business, and you need money to get in and stay in, so you have to extract your pound of flesh.

That is why there’s the view that the poor and marginalised are not even part of the process we celebrate as democracy. N. Ram actually agrees. “This view has some truth to it, although there could be a debate on the number of the poor who are left out,” he says. Cho Ramaswamy, a satirist and journalist from Chennai, has an entirely different argument. He believes that democracy “is in crisis because it is the poor and marginalised who dictate terms. All parties pander to them, in spite of the economy getting into crisis, and politicians are lavishing subsidies on them.” Obviously, he believes that the poor are the problem. Just as others argue that democracy is the problem. Such views are obviously retrograde, in spite of the decay in institutions. There will inevitably be a crisis of democracy when the rich become politicians and then become richer, and the political parties they belong to have no purpose other than to make that point just for today.