Fashion victim or heretic? The secret lies in the handbag. 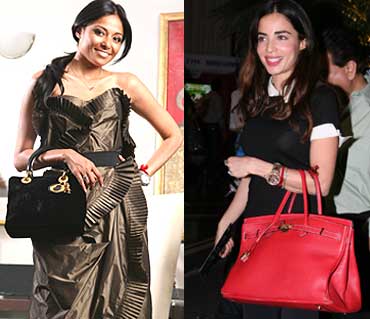 Mayawati's statue in the controversial Ambedkar Memorial park shows her carrying a handbag. She holds it down from her wrist, not like socialites who hold luxury handbags like temperamental pet dogs on a leash (with the dog leading the mistress). Behenji's bag is neither a Hermes Birkin, nor a Fab India jhola. Brandishing what's possibly a Made in UP rexine, Mayawati is the new heroine of urban India's bag wars.

It was only in the 1980s, with women storming the workplaces in larger numbers than ever before, that the handbag became such an important accessory for Indian women. Grandma's potli was okay for a powder compact, keys and a hanky, but it could not suffice for a tiffin box, a pen or few, and most of all: a wallet. The financially independent Indian woman had arrived. To her, the handbag—in those days a strictly utilitarian, Made in India item—symbolised what the pantsuit did to her power-woman sisters in the West.