After a humbling rout in TN, Kamal’s Makkal Needhi Maiam is imploding. A spate of desertions later, actress Kasturi asks, “Is this a political party or the Bigg Boss house?” 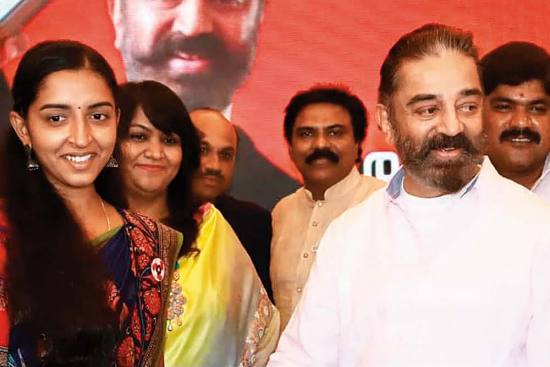 Kamal Haasan’s party suffered an inglorious defeat, after having touted itself as the future alternative and the actor as the future chief minister. And then, Haasan’s Makkal Needhi Maiam (MNM) started imploding—so much so that actress Kasturi asked the obvious. “Is this a political party or the Bigg Boss house?” She was spot on after a spate of desertions from MNM reduced it to the status of the famed TV show that Haasan hosted till a few months ago. The “deserters” include party vice president R. Mahendran, a well-heeled businessman from Coimbatore, who had bankrolled the party’s Lok Sabha campaign. He walked away after shooting off a visceral letter accusing Haasan of behaving like a dictator and depending on a new election consultant and ignoring those who had sailed with him since 2018. Haasan’s response was to call Mahendran a traitor.

Even before he could shake off the embarrassment of that spat two more high-profile candidates—former IAS officer Santosh Babu and green activist Padma Priya who had fought the assembly elections and had polled more than 30,000 votes in their respective seats—resigned. Both gave personal reasons for their decision, but party insiders admitted that it only reflected a growing sense of despondency among the top functionaries. “Kamal made impulsive decisions appointing Santosh Babu as HQ secretary on the day he joined the party. Similarly, Padma Priya, who had grabbed eyeballs through one Facebook video on the impact of a port project outside Chennai, was made the head of the party’s environmental wing and given an assembly ticket. Both have now snubbed our leader,” rues a top functionary.