A leaked audio, viral on social media, holds up the mirror to our rotten system and the scourge of ‘helicopter parenting’. A few arrests later, an evil genius is still at large. 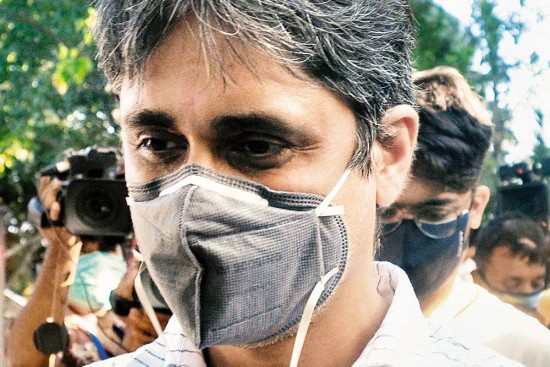 Friends and family members say Neel Nakshyatra Das is a brilliant student—and so, his father thought he should be a doctor like himself and his mother, or an engineer. These are the tier-one professions of choice in a middle-class society that measures a student’s academic brilliance by the course he pursues, necessarily in this order: science, commerce and arts. Neel wanted to graduate in arts or humanities. But his father, Guwahati-based physician Jyotirmoy Das, won’t let him live his dream. A son must give in to his parent’s aspirations. The father enrolled his reluctant son in a private coaching institute that prepares students for the tough Joint Entrance Examination (JEE) for entry into India’s top engineering institutes, the IITs et al.

And when the time came for the test—the JEE (Mains) in September—the father allegedly paid between Rs 15 lakh and Rs 20 lakh to the coaching institute to hire a proxy to write his son’s exam. All went according to plan. Neel cracked the exams with 99.8 per cent marks. The teenager was flooded with congratulatory calls and one such call was from a friend to whom Neel unburdened his heart—that he never wanted to do engineering but his father persisted and a stand-in wrote his exam. The conversation was recorded and leaked. The audio became a social media hit. And thereby, the lid of an entrenched racket was blown.