By Far A Tardy Journey 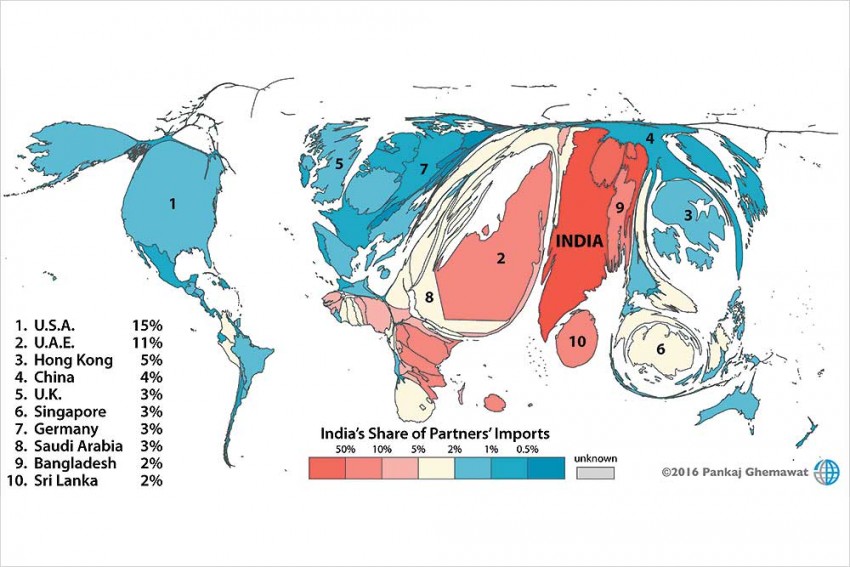 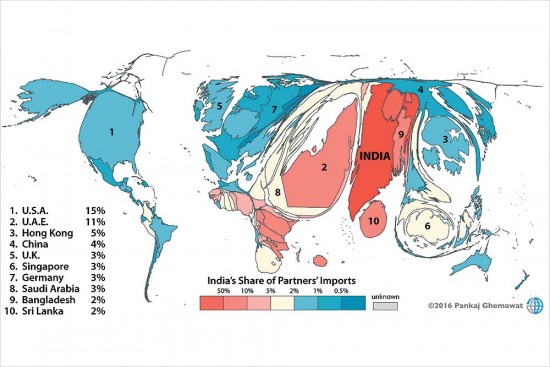 Today’s crop of Indian business students will be entering a very different corporate environment upon graduation than those who finished just a decade ago. Back then, the talk was still about globalisation galloping ahead, and Indian firms were racing to outdo each other with bigger and bolder international acquisitions. Now, the mood around globalisation is much more subdued—and anxious. In 2016, negative news stories were double the positive ones in major Indian newspapers. Even the country’s globalisation champions—its large IT Services firms—are facing uncertainties associated with protectionism as well as cloud computing and automation.

Nobody gets to decide when to come of age. We all must make the best of available opportunities. Making the right choices requires the ability to separate reality from hype—a skill which one ought to learn in studying business—and there are few areas where hype so often and so wildly eclipses the facts than in the understanding of globalisation and what to do about it.

Let’s start with the facts: how globally connected is India? While India has become more connected since the 1990s economic reforms, its connectedness remains limited in cross-country comparisons. The DHL Global Connectedness Index 2016, which I co-authored with Steven A. Altman, ranks India 78th out of 140 countries based on flows of trade, capital, information and people. This puts it at the lowest overall score among the BRICS, but ahead of most of its immediate neighbours. For a country to be globally connected, it must have both large international flows relative to the size of its domestic economy (what we call ‘depth’) and its international flows must be distributed globally rather than narrowly focused (what we call ‘breadth’).

On the depth dimension of the index, India ranks 133rd out of 140 countries. Large countries tend to be more domestically oriented than the small, but even after controlling for India’s population, per capita income, location and other structural characteristics, its depth still comes in below expectations. This is unfortunate (or more positively an untapped opportunity), since higher depth is associated with faster economic growth.  India ranks much higher on the breadth dimension of the index, at 21st place out of 140 countries. But this is not a cause for celebration eit­her, since (unlike for depth) there is no general prescription that higher breadth is better than lower.

Focusing on trade depth, India ranks 122nd out of 140 countries—near the bottom. Just about 20 per cent of India’s gross domestic product (GDP) came from exports in 2015. India’s trade depth seems to be constrained by its high trade breadth (9th out of 139 countries). On average, India’s merchandise exports traversed a distance of 6,387 km, as compared to a global average of only 4,862 km. While it has been popular in recent years to talk of distance becoming irrelevant, it is still far harder to transact business in countries that are far from home.

The map shows the destinations of India’s exports. One immediate inference is the tendency to export more to countries where there is a large population of Indians and people of Indian ori­gin. While it is true that the U.S. is both the largest country in the world in terms of GDP and India’s largest export destination, the United Arab Emirates, which has less than half a per cent of world GDP but more Indians than any other foreign country, is the second largest destination. Germany is the largest European economy, yet India exports more to Britain.

Then there’s China, which is 15 per cent of world GDP, yet accounts for only 3.6 per cent of Indian exports, despite its proximity. While India still has untapped opportunities in relatively easier markets, e.g. those where people of Indian extraction can help smooth the way, the potential gains in larger (but harder) markets also merit significant attention.

Now consider India’s foreign direct investment (FDI). While one of the key goals of Prime Minister Narendra Modi’s Make in India initiative has been opening up the country to foreign investment, FDI performance—both into and out of the country—has lagged. As a percentage of all Indian fixed investment, both inward and outward FDI flows peaked in 2008. Inward flows peaked at 12 per cent, but in 2015 were at 7.2 per cent, while outward flows peaked at 5.5 per cent and were only 1.2 per cent in 2015. While the global financial crisis can take some of the blame here, the worldwide trend has not been nearly so stark, with a recent peak in 2007 at 14 per cent and falling to 9.5 per cent in 2015.  It is also important to remember that India’s outward flows peak was elevated by a wave of overseas acquisitions many of which did not work out, implying—along with the stronger macroeconomic case on the benefits of inward FDI—that surpassing the prior peak on inflows should be a higher priority than doing so with res­pect to outflows.

The implications of my research are clear: India is not particularly well-­connected, and it would reap significant gains from becoming better connected. Whether—and how much—to open up the economy has always been a difficult political issue in India, as in many countries. One of the key challenges for policymakers is how perception squares with reality. To shed further light on this, I recently conducted a survey of Indian managers, and found that on average, they believed that 40 per cent of global economic output came from trade and 41 per cent of fixed investment was deployed inter­nationally. The correct answers were just 29 per cent for trade and 10 per cent for FDI.

These misperceptions about globalisation—which I like to call “globaloney”—are dangerous. At the country level, they inflame fears about globalisation, sapping support for greater openness, and within companies, they blind mana­gers to the real challenges that accompany international expa­nsion. Looking at the data from a national policymaker’s standpoint, one of India’s toughest integration problems comes from the fact that it is not well connected with its neighbours—not just Pakistan, but the South Asia region more generally. On a global basis, many of the top ranked countries on the depth dimension of the DHL Global Connectedness Index are European, and they benefit from the relative openness of the European Common Market. The development of SAARC/SAFTA into a serious trade bloc would go a long way to improving India’s ranks. Given the enormity and close proximity of China’s economy, building better ties across the Himalayas might also be valuable des­pite the obvious complications and risks. The ASEAN countries also offer good opportunities, and the trade agreement with ASEAN is a positive step.

At the firm level, managers need to ask some hard questions about their desire to expand internationally. It is generally agreed that many Indian firms’ overseas acquisitions have not turned out well.  Why?  Too many firms have set inter­national strategies that are at odds with two regularities so powerful that I have proposed them as scientific laws. (My latest book, The Laws of Globalization and Business Applications, is devoted entirely to the case for these laws).

The first, the law of semiglobalisation posits that while inter­national interactions are non-negligible, they are significantly less intense than domestic interactions. From a managerial standpoint, this law should be cautionary—there is a reason why most business activity remains domestic. Too often, ambitious enterprises start by asking where they should be expanding rather than whether they should be going abroad at all. Again from my survey of managers, 95 per cent of Indian respondents agreed with the statement that “the truly global company should compete in all major markets,” and 90 per cent agreed that “for companies, globalisation offers virtually limitless growth opportunities.” It is worth noting that India is an enormous and fast-growing market itself. Studies have consistently shown that companies average higher profit margins in their home markets than abroad, so it is worth asking: are there unta­pped domestic opportunities that would be more prudent?

That does not mean that Indian companies should not expand abroad, but doing so should be based on a well-grounded international strategy. My second law, the law of distance, provides a starting point. It states that interactions between countries are dampened by distance along cultural, administrative and geo­graphic dimensions, and often economic dimensions as well. This should be a wakeup call for Indian companies, which often seem to ignore the role distance will play in their acquisitions. A recent study by Raveendra Chittoor and Deepak Jena published in ISBInsight found this pattern in both the historical record of where firms did deals and in survey research asking managers about their reasoning.

The broader challenge for India and its firms—and an area where today’s business students and tomorrow’s managers will have the opportunity to contribute—is that India needs to continue to boost its competitiveness. Opening up to more foreign competition at home is never easy, but it accel­erates the upgrading process that is essential to nati­onal economic development, and in turn, it makes the country a more fertile ground for the development of companies that can go out and win abroad.