‘By Being Unsympathetic And Nasty, Sonia Gave Me Freedom’

An exclusive interview with the author of 'The Red Sari', about Sonia Gandhi, book bans and writing biographies. 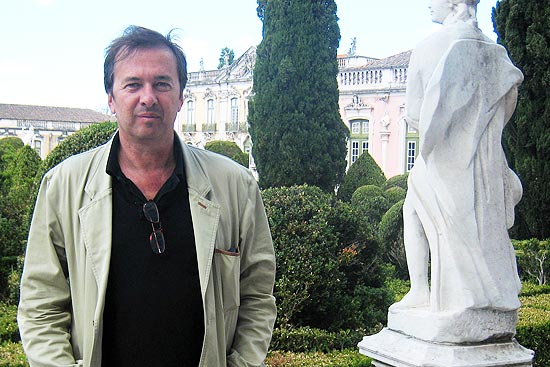 Satish Padmanabhan January 26, 2015 00:00 IST ‘By Being Unsympathetic And Nasty, Sonia Gave Me Freedom’

There has been an unofficial ban on the book for seven years. The Congress party saw to it that The Red Sari: A Dramatised Biography of Sonia Gandhi by Spanish writer Javier Moro was never available in our book stores. “I proudly show my friends the newspaper clipping of June 10, 2010, headlined ‘Spanish author’s effigy burnt by Youth Congress’. Who am I, George Bush, a Spanish Salman Rushdie?,” asks Moro, who happens to be Dominique Lapierre’s nephew.  After it was first published in Spain in October 2008, and then in over a dozen languages but never in English, the book finally comes to India this week, published by Roli Books. Moro spoke to Satish Padmanabhan about Sonia Gandhi, book bans and writing biographies. Excerpts:

Why do you think the Congress did not want your book to be published in India?

I think at that moment the book irritated Sonia and her family very much because the book revealed her origin in detail and they didn’t like that at all. Congress hardliners at that time didn’t want the book to come out because they didn’t want Sonia to be perceived as a low-class European girl because the party had made huge efforts to highlight her in the public imagination as someone from royalty because of the family she was married into—the Gandhi dynasty. Then, suddenly, a book comes out which tells about her father’s poor beginnings, her very normal background. They had always controlled her image with an iron glove. This was important, because of the attack by the opposition that she was a foreigner.

But her story is fabulous, whether they like it or not. If I had invented it, nobody would have believed that this Italian girl who wanted to bec­ome an air hostess would end up as the most powerful person in a faraway country that is not hers, with one-fifth of the population of the world.

In fact, Sonia Gandhi comes across as a humane, sensitive, if somewhat vulnerable person in the book. Why would anyone find it objectionable?

I really can’t give you an answer. I could never talk to the family; it was complete rejection from day one. Sonia had never wanted anybody to write about her. When I went to the Centenary Book Store in Rome, the largest in Italy, to ask for books on Sonia Gandhi, they told me none existed. She had always made an effort, helped by the Con­gress, not to let anyone write about her. And she tried the same thing with me. But I thought the story was dramatically appealing for a writer. I am not a historian; I am a novelist. I just couldn’t let it go.

Did she even go through the book?

I don’t know. I met her when the book was about to be published and I asked her I could send it to her and she replied, “Oh, we never read what’s written about us”. That was quite pompous, and obviously false, but that was the only time I met her.

Do you think it’s fair to write a biography of an important person without ever having met her, or just met her once when she actually said no?

“I didn’t have access to her intimate circle, but talked to the gardener at 10 Janpath, to her secretary, and to many in her childhood town of Orbassano in Italy.”

I think it is better. At the beginning, when they waged that kind of war, made my work impossible, when they denied me access to her close circle of friends or family, or herself, I almost gave up. At that point, every other Italian writer or journalist who had tried it had given up. But as I told you, I didn’t want to do a historical biography but a dramatised one, to give a sense of who she was and how her life had been. I am glad that I didn’t give up and in the end I am happy not to have met her because I may have been strongly influenced. I may have been forced to ask her if I should include the story of Maneka, the story of Bofors scandal and so on. But being absolutely unsympathetic to me, even nasty, she gave me freedom.

You are saying not meeting her helped?

Yes. I may not have had access to the first circle of friends and family but I had access to the second and the third. I could talk to the garde­ner who tended 10 Janpath, to Usha Bhagat, her secretary who worked with her for 16 years. For instance, I went to her childhood town Orbassano in Italy, settled there for three weeks in a hotel, and met everyone who knew her as a child. For instance, the guy who used to sell her chocolate ice-cream after school. There is always chance in these things. There is a very well-known journalist in Spain called Josto Maffeo, who is Italian, who was the son of the local police chief of Orbassano, and who I discovered had been Sonia’s first boyfriend when they were 15.

How can you be not interested in their family, for it is one of the most unique families in the world. Second, I had heard from my uncle Dominique Lapierre histories about them. He was a good friend of Indira Gandhi and is a lover of India. He had written Freedom at Midnight and though I was a child, I was swimming in stories about India.

You are calling the book a dramatised biography. So, how much can the reader take as fact?

The facts are all there—from archives, news clippings, other books. What is fiction is the dialogues, in the sense that I was not present there. They are my interpretation of the conflicts that took place. Most of them are imagined. Actually, I want to be careful with word. It is not imagined: it is fictionalised, it is dramatised. They are not invented out of the blue.

For instance, at one point you say that in 1975 Rajiv and Sonia wanted to go to Italy but Sanjay Gandhi insists that they stay in Delhi. “I’d prefer if you didn’t decide for us,” Rajiv spat back at him. Now, how do you know Rajiv said this?

I know this from Pupul Jayakar’s book on Indira Gandhi and Catherine Frank’s The Life of Indira Nehru Gandhi.

Okay, but since these dialogues are attributed to real people, to historical figures, don’t you fear any libel?

No. I mean, why? There is absolutely no defamation. Had I invented a hot love scene between Sonia Gandhi and the Dalai Lama, then I could be sued for libel. But I have not invented a single thing.

Do you think the ‘ban’ on the book is lifted now because there is a BJP government at the Centre?

Probably. But this you should ask the publisher.

A longer version of this appeared on the website on January 15, 2015