Buy Me A Carbon Ring

What's possible in science is interesting. More fascinating is what's not. 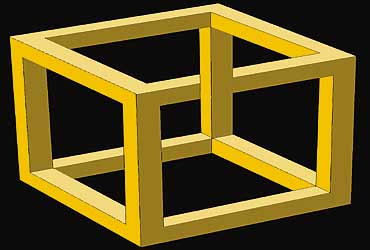 outlookindia.com
-0001-11-30T00:00:00+0553
The breathtaking advance of technology is best summed up by Moore's law. Back in 1965 Gordon Moore, co-founder of Intel, bravely predicted that computing power would double every 18 months; exponential growth means that every fifteen years computers become a thousand times more powerful. And indeed, today the Maruti 800 is controlled by a chip far more sophisticated than the computers that guided the first spacecraft to the moon. Amazing as this is, technologically we are merely scratching the surface of what's physically possible. In 1959, the physicist Richard Feynman brilliantly realised that—because we do not encounter new laws of physics until we get to smaller than the atomic scale, we could in principle control materials down to the size of the very atoms.

This ability to manipulate atoms individually will lead to staggering advances. For example, both diamonds and the lead in your pencil are made of carbon atoms; the vast difference between these two materials comes from how the carbon atoms are arranged. By rearranging atoms, it is possible to turn pencil lead into diamond. But that's nothing. Recently, fantastic carbon configurations called fullerenes have been discovered which are ultra-light and a thousand times stronger than steel. There's now serious talk of using filaments of fullerenes to create a cable for a space elevator. Future satellites, rather than being launched by rocket, might simply ascend this elevator, this stairway to heaven.

As Feynman understood, it is through knowing the laws of science that we can say what is and is not possible. Here's what's possible. It's possible to fly (with some discomfort) from Delhi to London in under 20 minutes. It's possible to create minuscule robots that would be injected through a needle, swim through your veins and, like a surgeon in a submarine, fix your body from the inside, eliminating operations. No scientific laws would be violated if such things happen. If they don't happen, it will be because they're too difficult or too expensive—but not because they're impossible.

From a scientific point of view, it is perhaps more interesting to ask not what is possible, but what is impossible. We know certain things are impossible because the equations of our best scientific theories forbid them. For example, it's impossible to travel faster than light, as that would violate the equations of the theory of relativity. It's virtually impossible for a broken glass to reassemble itself, as that would violate the laws of thermodynamics. There are other things, such as time machines, which we don't yet know whether they are possible. By discovering scientific laws, we set boundaries on what even an infinitely advanced civilisation would be able to do.

Still, a word of caution is due. Physical laws are not the same as mathematical theorems. In mathematics, it is utterly impossible for two plus two to equal five. But scientific laws are only as good as their assumptions. And as we have shed our assumptions, our laws have become more comprehensive, more liberal. Take alchemy. In the days before chemistry, before atomic elements were known, medieval chemists tried hard to turn one substance into another. Even the great Isaac Newton spent 30 years persistently, but fruitlessly, trying to turn lead into gold. Not knowing chemistry, Newton did not know that in all chemical reactions the basic elements are unaltered; like reassembled Lego pieces, atomic elements can be combined as different compounds but the building blocks—the elements themselves—do not change. Chemistry laws say the transmutation of one element into another—the holy grail of alchemy—is simply impossible.

Impossible? Well, no. The discovery of radioactivity showed that it is, after all, possible for one element to turn into another, uranium being the classic example. As scientific knowledge deepened from chemical to nuclear processes, what had been considered impossible became possible. (Similarly, mass was thought to be conserved, until E=mc2 converted it to energy.) The lesson here is not that we should abandon chemistry, but that scientific theories can be limited in scope. Laws have their jurisdiction.

As the purview of science increases, the illegal can become legal. What then is truly impossible? The ultimate laws of science will be determined by a theory of fundamental physics. But without a final all-encompassing theory of physics in hand, it's hard to say which of the present scientific laws will survive. Until then, we can still dream of the impossible.

The Ink Is Soiled