A lockdown anywhere protects the rich and exposes the poor to human and economic challenges, writes virologist Shahid Jameel 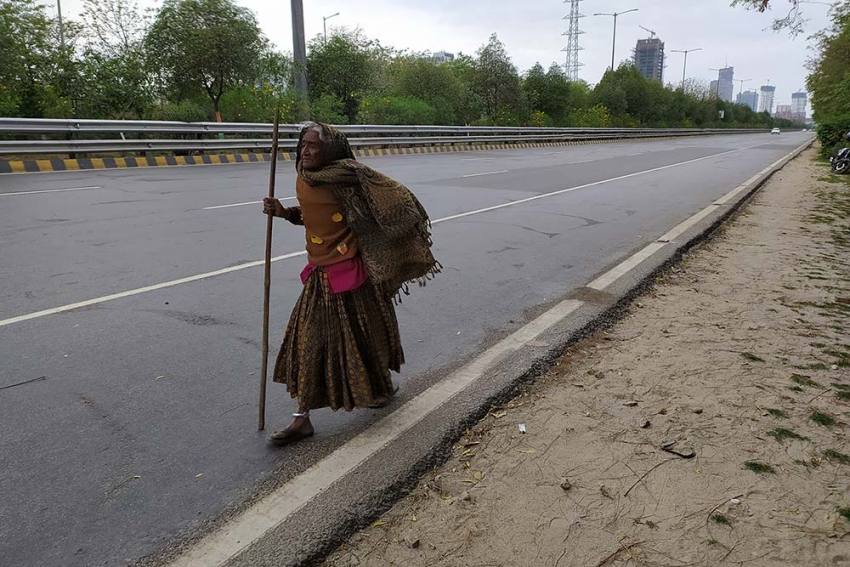 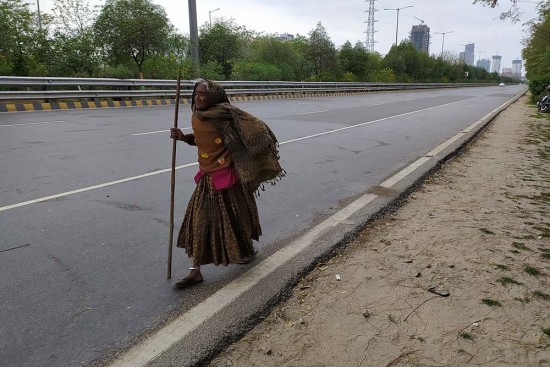 Kajodi was a powerful image. A lonely figure, the vast emptiness of the Noida-Greater Noida Expressway and the horizon dotted with high-rise buildings. In the aftermath of the national lockdown announced on March 24, the 90-year-old was trying to walk from Delhi-NCR to her village in Rajasthan, some 400 km away. The image infuriated me. Then it depressed me. Trained as a scientist—a biochemist and virologist to be exact—I was in demand for my views on the coronavirus outbreak. Relying on public health principles, I was advocating social distancing and a lockdown…. But wasn’t I being completely blinkered by the science, and not paying attention to the “public” in public health? Indeed, I was…and I was angry with myself.

How dare I sit in the comforts of my South Delhi apartment and pontificate to people living on the edge? How would I explain, let alone justify, “social distancing” to someone who lives in an urban slum in Delhi or a chawl in Mumbai? One room with five or six people? My anger turned to depression. Over the next fortnight and more, as we navigated to the end of one lockdown and the beginning of an extension, a variety of other conflicted emotions too overwhelmed us. What have we scientists learnt, experientially? How must science look upon these scenes that confront it from the world out there, the world beyond the research lab? Here, I put down some of my thoughts and feelings—hopefully we can turn our doubts into the outlines of a collective interrogation of science in society.

First, can scientists remain unaffected by the sight of humans being stripped bare of their dignity? We watched the images of tens of thousands of migrant workers jostling to get on crowded buses to reach their village homes. Those unable to get transport started walking on highways and along railway tracks to get to places where they might starve, but at least do it with dignity. One poor man remarked, “If we die here in this situation no one will even touch our body. In our village, our people will at least cremate us.” Officialdom, never to be outdone, framed their misery in emphatic ways—beating them, spraying them with chemicals, locking them in confined spaces. Both dignity and social distancing were ideas that blew away in the pleasant breeze on those days in late March.

In a social media post, Rajiv Sarin, a cancer physician at Tata Memorial Centre in Mumbai, wrote, “These sights and thoughts will leave a deep scar on the Indian psyche. I think these have been the worst scenes in mainland India after the 1947 Partition. A very sad reflection on our self-serving society of which government is just a part.” He wrote of the “lack of faith of poor people”—rather, their conviction that “in really desperate times, they will be alone”. And then, signs of that old fatalism. “Without exception, they explained their helpless situation without any bitterness for anyone—they knew the fault is theirs of being poor.”

Can scientists remain unaffected by the sight of humans being stripped bare of their dignity?

This pandemic has taught me a few lessons. My training in science has been unipolar. This is despite having studied at two of India’s premier institutions—the Aligarh Muslim University and IIT Kanpur, both enlightened places in my time. At AMU, a chemistry undergraduate like me could still be taught George Orwell’s Animal Farm by a leftist, Henrik Ibsen’s A Doll’s House by a feminist, and French by a lecturer of Arabic. At IIT Kanpur, you could still recite Faiz’s Hum Dekhenge without being investigated. Growing up in a family of scholars in subjects as diverse as Arabic, biochemistry and sociology, there were always interesting things to read at home. While doing my PhD in the US, I was part of a group that met every weekend to read and discuss India-specific issues. Each one of us from that group came back to work in India—anthropologist, engineer(s), journalist, nutrition scientist…down to me, the virologist. With this background, I was even more upset with my clouded vision.

Most scientists spend a major part of their life in the laboratory with little time left for social or humanistic pursuits. Physicians also spend long hours in hospitals, but they come in touch with patients and the better ones develop empathy. Still, the lack of early grounding in humanities leaves a void—nothing in their education equips science, engineering or medicine students when it comes to the application of their work to dynamic, flux-ridden domains like ‘people’ and ‘societies’. (A reverse gap is true for humanities students, who are often awed or suspicious of technology, and can be prone to fake news about technology, disease and health. The pandemic has seen plenty of that.)

When this world-view is translated into governance, it can cause real problems. Technocrats govern as if they deal with not humans but ‘things’—static objects that can be fixed like machines. A severe deficiency in understanding humanity is often visible in their operations. And the other side often does not pay sufficient attention to credible data and authenticated evidence when making policy, with decisions relying more on politics and perception. A good balance comes from teams with diversity and individuals with more wholesome training.

“Confusing science with pseudoscience is inevitable as long as science is taught as a collection of facts and laws, divorced from the scientific method,” says my long-time friend N. Sukumar, Professor of Chemistry at Shiv Nadar University. This inevitably leads to evidence playing just a minor role or no role at all in decision-making and governance. The results can be devastating in crises such as the current pandemic.

The quantum of sympathy goes down, so does the willingness to help, when the number of victims goes up.

As a biomedical researcher, I am aware of the inclusivity of pathogens. They strike royals and commoners, rich and poor, people of different religions and nationalities alike. Social status, faith, the colour of your skin and other differences mean little to a virus. COVID-19 has affected communist China, Christian Italy, Islamic Iran and the secular West with equal ferocity. It has led to the closure of places of worship just as it has closed down bars, nightclubs and casinos. When heaven and hell agree on something, one must take it seriously?

I was wrong again. In India, the pandemic painfully laid bare our societal faultlines. When unable to deal with a situation, it is easiest to blame others. Hate-spewing Indian media continues its communal agenda even when staring at a pandemic—fake news is going viral faster than a virus! Those with an education are often no better. Today these “Covigots” are using the virus to mask their bigotry; tomorrow they will use another crisis.

The virus may be inclusive, but the pandemic is not. A lockdown anywhere protects the rich and exposes the poor to human and economic challenges. The poor suffer in lost wages, unemployment and lack of access to welfare. Almost 90 per cent of India’s workforce is in the informal sector, which is hurting the most. An International Labour Organisation report suggests that COVID-19 may take about 400 million workers in India deeper into poverty. Online access being a luxury available only to some, children of the poor are lagging behind in learning as well. With anxiety-driven domestic violence on the rise, women are suffering more than men. But biologically, the virus is causing higher mortality in men compared to women.

All animals are (not) equal. Some are more equal than others.

I saw an online video of a poor fruit seller letting migrants pick bananas from his cart. Men, women and children only picked up what they needed—just one or two bananas each. The poor still have dignity. It is we the middle class that has lost it by way of our materialism. This haunts me every time I open my wardrobe and see all those shirts and trousers, all those pairs of shoes, all made redundant by a virus 20 million times smaller than me, which carries a genome 1,00,000 times smaller than mine.

The death of one person is a tragedy; the death of one million is a statistic. This is a remark attributed to Joseph Stalin. And Mother Teresa once said, “If I look at the mass, I will never act.” When Stalin and the Mother agree on something, you wonder. There is a tendency to turn away from mass suffering—it’s documented as the ‘collapse of compassion’. When the number of victims increases, the quantum of sympathy actually decreases, so does the willingness to help. People tune down their empathy. This appears to be a survival trait programmed in our brains to protect us from being overwhelmed.

But ‘trust’ and ‘compassion’ are essential to compliance—the Kerala model of COVID management exemplifies it. Pandemics are both biological and social in their nature and consequences. If we ignore one at the expense of the other, we do so at our peril.

I do hope that Kajodi is safe. I also hope that neither my country nor I will have a collapse of compassion.

The Author is former Group Leader of Virology at the International Centre for Genetic Engineering and Biotechnology, New Delhi. He is now CEO of the Wellcome Trust/DBT India Alliance, a biomedical research charity.

Double Standards? If Governments Can, Why Can't Private Companies Slash Or Defer Salaries?