What iPhone, I Have The Blackberry! 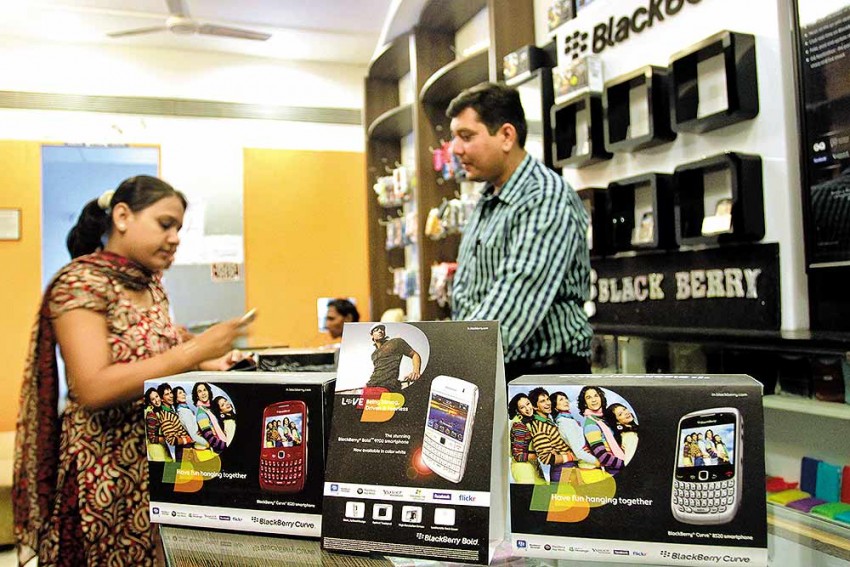 Photograph by AP
Arindam Mukherjee February 28, 2019 00:00 IST What iPhone, I Have The Blackberry! 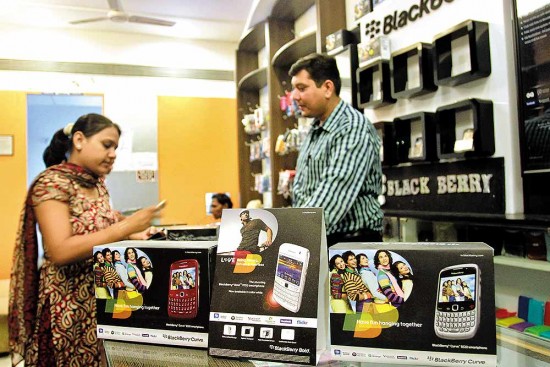 Ten years ago now seems a long time in the past. The iPhone had just arrived in India then. Airtel was the dominant market leader among a host of mobile service providers. Jio had not even been conceived. And the most desirable and smartest smartphone was the Blackberry, a slab of black plastic that hardly fit into your palm but offered a world of possibilities with its Qwerty keyboard and the quirky scroll ball. It was the time India’s business capital, Mumbai, was yet to recover from the 2008 terror attack and the corporate sector was still in the grip of a fear psychosis. Companies were investing hugely on ensuring security. The bull on Dalal Street was not exactly fuming from its nostrils. To make matters worse, the year 2009 dawned with the Rs 7,000-crore Satyam scam that shook the country’s corporate sector and necessitated the introduction of fresh checks and balances.

Ten years ago, India was a different place altogether. The telecom sector was discovering new prices and was shifting gear to get into a radical per second billing, though rates were still high. It was also the year India was discovering touch screen phones. Data was expensive and speeds were pathetic. Few used it on the phone as India was slowly starting to move from dial-up internet to fiber broadband. The internet revolution was waiting to happen. The download culture had not set in yet. Also, there was no Amazon Prime or Netflix to download or stream movies or television content from. Nokia was slowly moving out of favour and Samsung was carving its place in the Indian market.

The internet revolution was waiting to happen. The download culture had not set in yet.

The Indian IT sector was also seeing a boom, with fresh contracts from the US and Europe. Companies like TCS, Infosys and Wipro were still riding high. The manufacturing sector was still performing and India’s automobile sector was the big dude in the industry with almost all global players coming in. Also, the nation was still nurturing the Tata Nano which was launched in 2007 and it was still the big toy that everyone wanted. It was also the begi­nning of the infamous 2G telecom scam, with former telecom minister A. Raja hogging the limelight for all the wrong reasons. TRAI was also grappling with the spectrum issue while telcos were yet to settle down with their spectrum needs. This was also the time that the IPL had showed that cricket was not just a sport but a money-minting venture—it introduced a brand new business opportunity for companies who aligned and bought teams to start a new business paradigm.

Quite interestingly, the only thing you could order on the phone then was a pizza, apart from, of course, groceries from the neighbourhood grocer. E-commerce firms almost did not exist. Flipkart had just set up shop in 2007 and was functioning primarily as a bookseller. And Amazon had not entered India yet. It came to Indian shores only in February 2012. So ordering online was not something people were exposed to.

Also, there was no WhatsApp, so messaging was still pretty much the good ol’ SMS or peer-to-peer instant messaging offered by Yahoo or Microsoft. In fact, social media did not exist and Facebook was still very new on the horizon and was yet to evolve. The newer kids on the block like Instagram and Snapchat were either yet to come or were in their embryonic stages. And Twitter was also fairly new to most people. Today, these are figures of speech in our everyday lives. Ordering on Amazon or Flipkart or posting pictures on Facebook, Insta or WhatsApp or downloading movies or music on our large screen touchphones is part of everyday lives and most importantly, they control a large part of our lives.