The Covid-hit Indian economy is showing signs of recovery. But is it good enough to spark a boom? 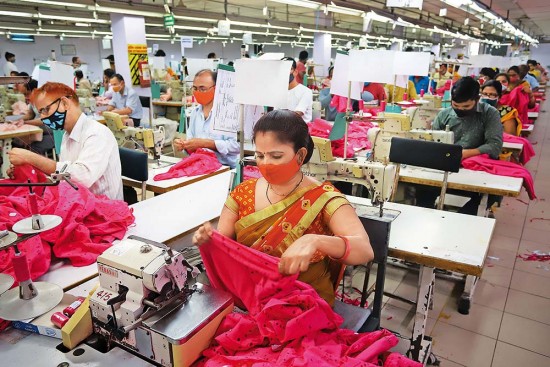 The signs of recovery were off-kilter as the coronavirus kept a firm stranglehold over India, its people and its economy. The country has barely come out of a deadly second wave of Covid-19 this summer and the spectre of a third hangs still. There is unease about the impact of the spread of the virus’s delta variant. And yet, there is optimism among industry and experts that India can realise a 9-9.5 per cent GDP growth if a severe health crisis—like the one during April-May—is averted and 70 per cent of the adult population is fully vaccinated by the year-end. This growth will be from a low base, thereby recovering some lost ground the following year.

In the first quarter of 2021-22, economic growth, though better than last year, was lower than the corresponding quarter two years ago. Most of the forecasts for this year are in the 9-9.5 per cent growth range, despite over 7 per cent contraction last year, says Shashanka Bhide, senior advisor, NCAER. “So, compared to last year, there is a recovery, but compared to 2019-20, we still have a lot to make up,” he predicts.

Several high frequency indicators of economic activity are showing signs of recovery, but a solid increase in aggregate demand is yet to take shape, the Reserve Bank of India has pointed out in its State of the Economy report in July. The central bank stated that agricultural conditions on the supply side are buoyant following the monsoon. That can’t be said about manufacturing and services. The recovery in these sectors has been interrupted by the second wave.

A pick-up in inflation is driven largely by supply-side shocks and sector-specific demand-supply mismatches caused by the pandemic. These factors should ease over the year as supply side measures take effect. Economists stress that from a low base, indicators are bound to look nice. Hence, instead of comparing growth year-on-year, we should be comparing the pre-Covid and post-Covid scenarios. Alternatively, we should compare quarter to quarter sequentially, or on a month-on-month basis.

The monsoon this year is still going strong, although the Met office’s forecast was less than normal rainfall. The rain ameliorates worries on the farm front as the Kharif-sowing acreage is almost on a par with last year. Covid may have put us back by two years to March 2020 levels, but there is good news coming from rural India. “Both the Rabi crop and its procurement has been strong, while Kharif sowing has progressed well. We can look forward to a good harvest. Rural economy should hold up,” says Ranen Banerjee, leader (Public Finance and Economics) at PwC India.

Nobody had predicted 4 per cent growth in agriculture, especially on the back of a 3 per cent growth the previous year. “Within agriculture, there seems to be increased connectivity between the plough and the plate, which has added more GVA (gross value added) to the economy,” N.R. Bhanumurthy, vice chancellor of Dr B.R. Ambedkar School of Economics, Bangalore. It is hoped that agro-based industries in the manufacturing sector should be showing a happy picture too. 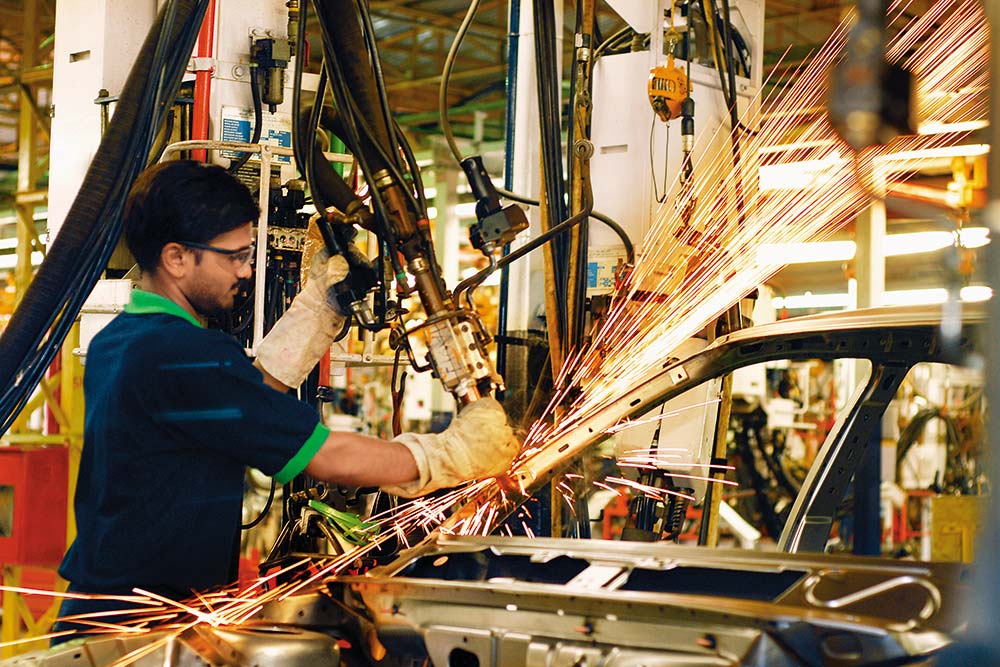 The pandemic’s biggest casualty has been jobs, and it continues to bleed some of the contact-intensive sectors such as services, hotels and transport. Within these, it is the informal sector that is taking time to revive and normalise, and may take another three months at least, provided there is no intense third wave as predicted.

A solid increase in agg­regate demand is yet to take shape, the RBI has said.

Despite the challenges, economists are hopeful that going forward, we should see all indicators going up—in employment, investments and demand. “The optimism comes from what is happening in the economic sectors,” says Bhanumurthy, pointing out that “the new economy is picking up and growing faster than the negative growth we are seeing in some of the old entities”. In the MSME sector, many units have gone out of business. The recovery process is expected to take some time. In fact, there is fear that some of the units may not resume. On the other hand, there are new entities coming up—the hospitality sector, for instance—which are filling the gap opened by the closure of old entities. This is typical of the K-shaped recovery people have been talking about. However, Alok Sheel, the RBI chair professor in macroeconomics at Indian Council for Research in International Economic Relations (ICRIER), feels, “The economy is in trouble. Also, preliminary estimates of GDP growth come from projecting the formal sector on the informal sector. But it is the latter that has been more affected by Covid.”

In terms of sectors, agriculture, forestry and fisheries were not affected by Covid. In fact, agriculture has been growing at 4-5 per cent. Other than that, only financial services, real estate and professional services have done reasonably well, as well as public utility services like power, gas and water. Everything else is below 2018-19 levels in real terms. Exports—again keeping 2018-19 as the base year—have risen higher, while private consumption has fallen below the 2018-19 level. Government consumption has fallen relative to the previous quarter, points out Sheel. Though retail inflation is below 6 per cent, it remains a matter of concern.

A former bureaucrat, Sheel expresses concern that along with low demand, high inflation signals supply-side problems “which means there is some sort of stagflation setting in, with suppressed demand and high inflation”. And there is no monetary policy solution for stagflation. The expectation that fiscal policy—vis-à-vis the government spending tax revenues to boost the economy—would check fall in employment or livelihood, has not been realised.

Among those who are optimistic that India could return to a higher growth of around 6.5 per cent by next year (after a 9-9.5 per cent growth this year) is D.K. Srivastava, chief policy advisor at Ernst&Young (India). He believes this will bring us on a par with the growth in 2019-20 “provided we are able to avoid the expected third Covid wave”. “Currently, different sectors are responding differently, but if all goes well there should be convergence in growth rates by the third quarter,” says Srivastava, adding that investment sentiments would pick up last, as also consumer sentiments, which depends a lot on employment in MSMEs and on low-income consumers returning back on track, which will take time. Much will depend on manufacturing, particularly the pharmaceutical sector, reverting to normal. Currently, there is a lot of unused capacity in manufacturing due to low demand.

If there is no major hold-up, exports should continue their growth momentum and help the manufacturing sector. The changing global scenario could also work in India’s favour. Easing of crude oil and commodity prices in particular should give some comfort to the Indian economy. D.K. Joshi, chief economist at CRISIL, points out that while RBI policies have been growth oriented, there is need for more fiscal measures to boost growth. This could include more government spending through NREGA to create more rural employment. At the same time, there is a need for “special support” to the urban poor who have been facing much hardship due to job losses.

The fall in labour participation rate because of job losses is not good news for the economy. It indicates there are large numbers of eligible people on the lookout for jobs. There could be any number of reasons for this, including fewer women in the workforce, contact services still struggling to get back to business, and so on. But not addressing the concern will continue to hamper the recovery, besides having electoral ramifications.

(This appeared in the print edition as "Off-Kilter To Upturn")