Time To Get Skilled

Developing vocational courses, and integrating them with higher education, is improving career prospects 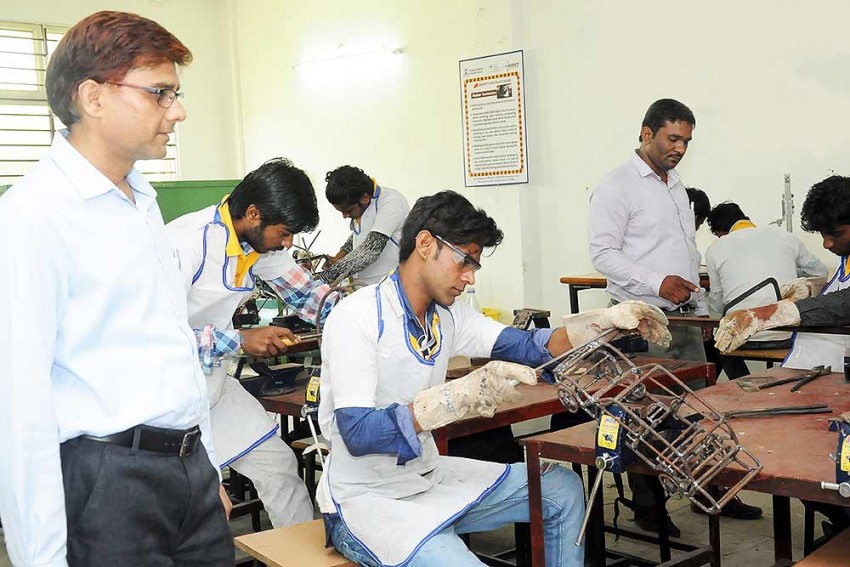 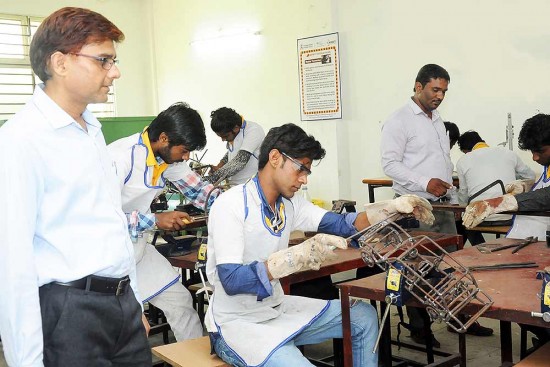 Vocational training doesn’t ensure a job, but it improves employability. It can work to your advantage if you are willing to look beyond the traditional academic landscape. Ask Abhinav  Madan, and he’ll tell you there are more jobs than students undergoing skill development.

He’s the key person behind the skill development verticals at Centurion University of Technology and Management (CUTM), which has its main campuses in Odisha and Andhra Pradesh and skill development centres across nine states. Established in 2005, CUTM became the youngest university in the private sector to receive an A+ accreditation from the National Assessment and Accreditation Council (NAAC) under the Ministry of human resource development (HRD) in 2005.

Over the last 14 years, CUTM has made over 1.5 lakh students job-ready in various vocations—manufacturing, retail & hospitality, IT, apparel, textiles and healthcare, among others. Its placement record has been no less impressive: 100 per cent in banking, 80 per cent in Diploma/ITI (1-2-3 year course), 88 per cent in tailoring, 78 per cent in the short-term service sector and 76 per cent in aut­omotive/manufacturing.

“We are taking students from remote areas and putting them out there. Today, I have many more jobs than students: there are jobs in ind­ustrial belts and across cities. We manage pla­c­e­ments with migration support centres (aided by ILO),” says Madan, dir­ector of CUTM’s School of Vocational Education and Training and managing director of Gram Tarang, a gov­ernment-funded ent­re­preneurship outreach programme. 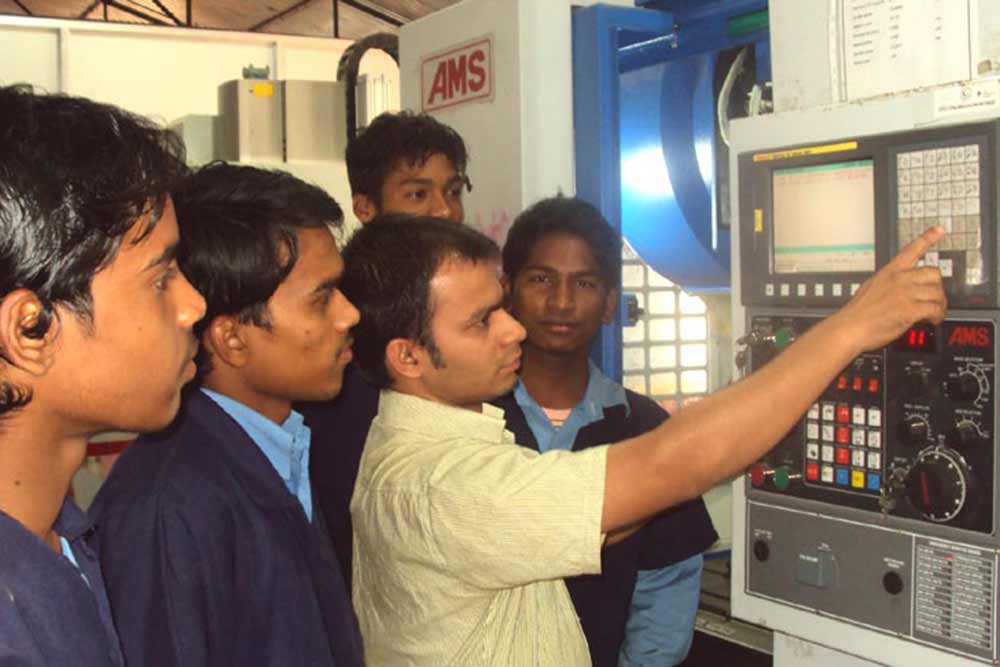 Another CUTM programme to help enhance farmers’ income through upskilling has so far trained 40,000 out of the target of 1 lakh farmers in Odisha in organic farming, vermi-composting, floriculture, poultry and horticulture. Madan explains that skill deve­lopment training is just 20-25 per cent of the process of making students job ready.  “The rest involves learning life skills. For students coming from rural areas, community outreach is very vital, so we work closely with the central government, state governments and district administration, for the last mile connectivity,” says Madan.

People involved in skill ­development programmes say that an estimated 20-25 per cent of Indian universities offer vocational courses but the pace of growth and acceptability of the courses is still slow des­pite the government push.

Siddharth Chaturvedi, dir­ector, AISECT Group of universities, says that so far, the higher educational sector and the vocational training sector have not started communicating much with each other. There is, however, a framework—the National Skills Qualification Framework—available, which can act as a bridge between the two sectors. The framework pegs each year of formal education along with the proper level of skills qualification, while the UGC has iss­ued guidelines on the starting of the D.Voc, B.Voc and M.Voc programmes.

Earlier, vocational courses were viewed as suitable only for non-achievers. But things are changing for good, with ­inv­estments being made by state governments.

“These are some steps linking formal education and voc­ational training. But it will take time to see them imp­lemented on a large scale because standalone institutions are not well aware of the new changes or not well versed in implementation. It will take time for students to take up these courses as they are yet to be seen as asp­ir­ational courses similar to the graduate professional programmes,” says Chaturvedi.

AISECT is promoting hands-on skills along with theory. It has integrated skill programmes into all its higher education curriculum in the last five years and made a relevant skill module mandatory per year for both UG and PG students. The skills module are on the lines of QPs (qualification packs) and NOS (national occupational standards) identified by the ministry of skills development.

“Given the flexibility of being able to change and adapt the curriculum of a course, private universities can take a lead in integrating skill modules in regular curriculums and accreditising them,” says Chaturvedi.

Madan says that many of their students in short-term training courses continue further training after getting a job. “Many try for B.Voc as it gives them career mobility,” says Madan. Given this dem­and, CUTM is offering work integrated programmes in Bangalore, Coimbatore, Pune and Greater Noida.

“Doing vocational training doesn’t guarantee a job but it definitely provides an edge in the market,” says Nirmal Singh, co-founder and CEO of Wheebox, an online talent assessment company. “On an average, hardly 15 per cent of college students go for skill development training. The remaining students stick to only their professional deg­ree despite additional vocational training being offered at no cost in the campus.”

Wheebox conducts 70 minute employability skill tests in around 5,000 of the roughly 35,000 higher education colleges in India. Among these, close to 2,500 to 3,000 are engineering colleges, among the rest, 300 to 400 are MBA colleges and then there are graduation and voc­ational training institutions (largely ITI and polytechnics). Generally, half–a-million students from various colleges undertake this Wheebox test, wherein they are tested on English as a second language, critical thinking skills, arithmetical aptitude, design component and a few behavioural traits like learning ability, team work, adaptability, etc.

Professor Furqan Qamar, secretary general, Association of Indian Universities (AIU), stresses that universities have started taking the national skill deve­lopment programme quite seriously. “Most universities now have skill development centres. The number has incr­eased since AIU asked them to support the initiative. The number of institutions encouraging students to und­ertake skill assessment tests has also increased. They are making efforts to study skill shortages,” says Qamar.

A study by the All India Council for technical Education (AICTE) under the HRD ministry has rev­ealed that the overall empl­oyability of students has risen from 33 per cent to 47 per cent in the past six years. This is due to a gradual change in the mindset of people who earlier viewed vocational training as suitable only for non-achievers. More positive changes are on the horizon with considerable inv­estments being made by state governments including in tie-up with the industry in promoting vocational training along with a new system of awarding credits for such courses in universities. Some award as much as 60 per cent for skill development and 40 per cent for the academic curriculum. A more encouraging participation of the ind­ustry is the way forward.

By Lola Nayar with Sandeep Sahu

Opinion: Why '94 Per Cent' Students May Not Be Fit For Hiring