Buoyed by the world's largest population in the 6-17 age bracket and expansion of digital learning, the education market will double and can be valued at $180 billion by 2020. It will be a challenge for the Narendra Modi government to streamline the sector 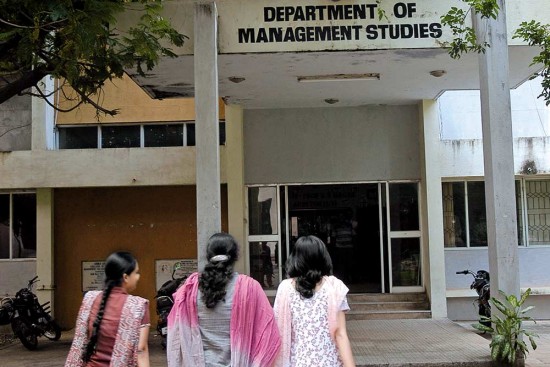 On May 30, the Narendra Modi government embarked on its 100-day education agenda. The agenda comprises a new education policy, a Higher Education Commission of India, a new accreditation system and a special drive to fill five lakh faculty positions in institutions of higher education. The urgency of the government shows the higher education system could be in for an overhaul.

Especially over the past decade India’s professional colleges have been ailing due to several reasons such as a sudden spike in the number of these institutions, unaffordable fees, poor quality and lack of jobs. The malaise goes ­beyond India’s favourite streams—engineering, medicine, law and management—but data for eng­ineering and ­medicine is all that is ­readily available.

Last July, then MoS in the Union HRD ministry, Satya Pal Singh, said the total number of sanctioned seats in institutions approved by the All India Council for Technical Education (AICTE) went down from 16,94,030 in 2014-15 to 14,66,713 in 2017-18—a ­decline of 13.41 per cent. Moreover, the engineering education regulator rec­eived 239 applications from engineering and technical institutes for approval to close down, which was granted to 51 of them.

The situation in medical education was not very different. In January this year, then MoS  for health and family welfare Ashwini Kumar Choubey said 68 medical colleges in India, including 13 in Uttar Pra­desh, nine in Kerala and seven in Karnataka were not allowed renewal of ­permissions on the recommendation of Medical Council of India (MCI), which found them not ­conforming to MCI’s minimum standards , and deficient in faculty, residents and clinical material.

“This has been a common story for the past few years,” says a senior official of the HRD ministry....