They Shrunk The Pie 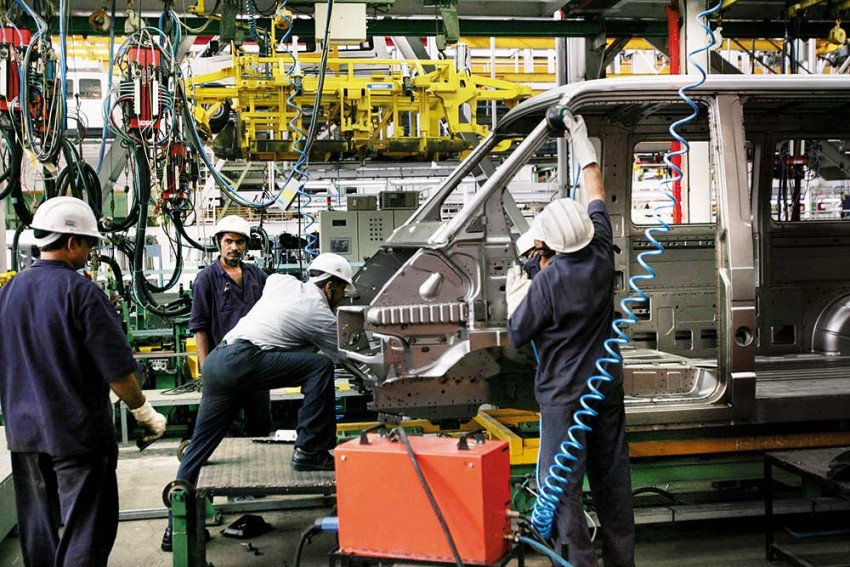 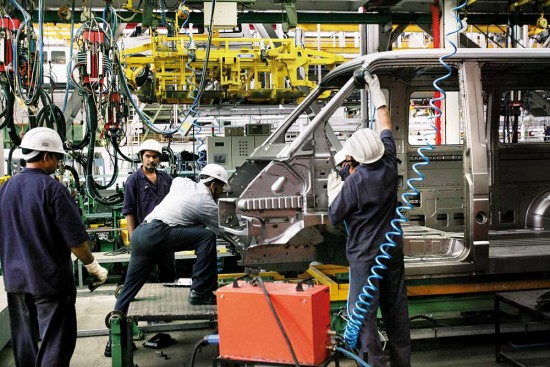 Over the past two years, Shyam Saran (name changed), managing director of a construction-rela­ted manufacturing company in the National Capital Region, says his firm has had to lay off 150 workers due to slowdown in dem­and for commercial properties and residential projects except in some IT pockets in cities like Pune, Hydera­bad and Bangalore. “At least 10-15 decent-­size companies are affected by any slowdown in our business,” says Sar­an, adding that his company has witnessed a nearly 120 per cent drop in turnover over a couple of years. “Our outstanding payment due from the market is currently equal to our turnover, making for a tight squeeze on the finances.” The worry for people like ­Saran today is about how to sustain ­operations and not just profits.

V.K. Singh, director, Camson Bio Tech­nologies, says payment cycles have risen rapidly over the past few years. As farmers are its principal clients, from an earlier credit period of 90 days, the listed company that manufactures bio-fertiliser and biocides has been forced to extend the grace period to 120 days, then 180 days, and now 365 days. “The cycle of payments of outstanding dues is increasing such that you are caught in a vicious cycle. Either I forego all the outstanding into the market or keep building it all on ­papers,” says Singh, who is also Delhi state board chairman of the All India Manufacturers Organisation (AIMO).

The scene is so dismal that micro industries, which are supposed to be getting support from the large and med­ium sector companies, are not getting it. According to government policies, companies should get payments in 90 days, but many in the construction sector are in deep trouble not only because of economic slowdown, but also inordinate delay in government payments. Many companies in the infrastructure sector have not been paid for over six months.

Manufacturing output data for Sept­ember shows a shrinkage to 4.3 per cent, the worst showing since the present series was launched in April 2012. Indi­cating deepening economic slowdown, 17 of the 23 industrial groups in the manufacturing sector contracted during the month. The major sectors included mining, bars and rods of alloys and stainless steel, auto parts, commercial vehicles and two-wheelers. 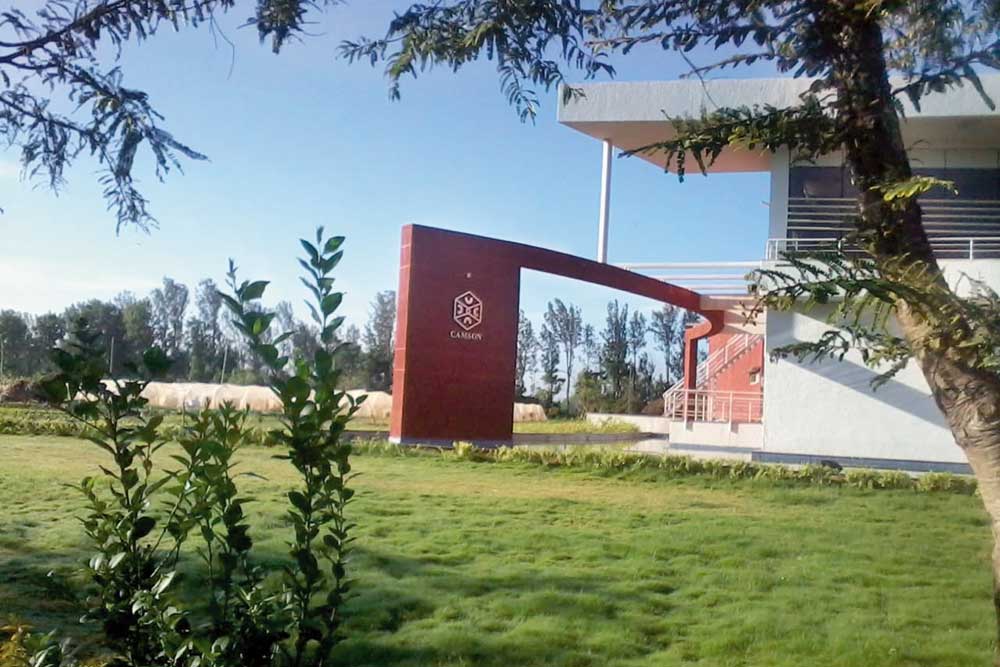 Anil Bhardwaj, secretary general of the Federation of Indian Micro and Small & Medium Enterprises (FISME), stresses that slowdown in manufacturing is dir­ectly related to slowdown in consumption. According to recent data, dom­estic consumption is at the lowest level in the past 40 years. “There will alw­ays be some lag between manufacturing slowdown and consumption slowdown as the industries will keep producing goods only to realise that they are not being sold, as seen in the case of cars, many white goods, equipment, food stuff and so on, with unsold inventories piling up. Unlike cars and white goods, the lag will be shorter in case of food stuff as they have a shorter shelf-life. By and large, the consumption pattern is showing its impact on production. Our exports are also contracting as we have more or less remained in the same position as five years back. So it is a double whammy,” says Bhardwaj.

“Demonetisation crippled the MSME sector, which impacted the large-scale units. The slowdown further impacted large-scale enterprises, which in turn impacted MSME. In the last three years, we have been witnessing bottom to top failure and top to bottom failure,” says former AIMO president K.E. Raghunathan, citing the example of the Hyundai Motors unit in Che­n­nai, which is surrounded by about 400 ancillary MSME units. “During dem­onetisation, the small and medium enterprises were affected and could not meet their commitments, but the large players, which had three to six months of stocks, faced no problem. And when they were hit around one-and-a-half years later, it choked all the ancillary units again”

Industry experts say several major ind­ustrial hubs have been hit, including those in Tamil Nadu, Maharashtra, Punjab, Gujarat, Karnataka and the NCR. Over the past few years, around 40 to 50 per cent manufacturing units have shif­ted from manufacturing to trading, while around 30-35 per cent units, particularly in the MSME sector, have shut down, according to the last industrial survey done by AIMO. “Now every day we are hearing that some unit or the other has shut down or cut down production,” says Singh, who oversees AIMO members’ activities in five states. Exp­erts say many manufacturing industries are continuing operations to help the supporting industries and units, given their long associations.

Shashikant Hegde, director and CEO, Projects Today, which tracks investments in key sectors, says that while fresh investment in the manufacturing sector increased by 35.09 per cent during the 2015-16 fiscal year on a year-on-year basis, fresh flow of investment declined by 10.2 per cent and 7.15 per cent, respectively, in the next two years. Thereafter, during the 2018-19 fiscal year, the sector recorded 81.4 per cent growth due to announcement of 65 mega projects ­(investment of Rs 1,000 crore or more). These projects were spread across sub-sectors like refinery, petrochemicals, cement, metals, automobiles and machinery. Most of the mega projects were by private promoters.

While the fall in investment in FY17 and FY18 could be attributed mainly to the aftereffects of demonitisation, GST and twin balance sheet issue, the steep fall of 57 per cent in the H1 of FY20 is more due to the continuous slowdown witnessed in the economy and shrinking demand, adds Hegde.

D.K. Srivastava, chief policy advisor, EY India, feels the fiscal stimulus announced by the government so far has had no eff­ect on the economy. “The slowdown is being witnessed across different industrial sectors, including both consumer durables and non-durables and capital goods. Capacity utilisation is at a very low level of about 50 to 70 per cent. Except for a brief respite in October, when we witnessed some pickup because of the festive season, I don’t see any pickup in demand or improvement in capacity utilisation,” says Srivastava, pointing to the fact that as the global scenario is also becoming worse by the day, any pickup in exports is not foreseen even as the dom­estic demand components are ext­remely weak. “I don’t see a pickup in the next one or two quarters, and even after that, the pickup will happen only if we are able to introduce a strong fiscal stimulus by ­injecting purchasing power into the system, with the government undertaking large infrastructure projects focused on capital expenditures that may involve some fiscal deficit slippage.”

Despite government policies and schemes, the manufacturing sector is in a very unfortunate state right now. A view shared by many is that there is a policy paralysis in identifying issues that is seeing a shift away from manufacturing and taking corrective steps at the government level. The result is that schemes such as Startup India, Skill India, Digital India and Make in India have all failed to achieve their objectives and make domestic industries adapt and become more competitive.